MILAN - After wearing shirts with the Pirelli logo in Chinese in this season's Serie A matches at home to Livorno and Lazio, the Nerazzurri will come on the pitch for tomorrow evening's Week 32 game against Messina with the logo pirellifilm.com stamped on their black and blue shirts.

With the setting-up of Pirellifilm, presented on 23 March in Rome, Pirelli enters the arena of the world’s great entertainment providers. The name that invented the world's most famous and sought-after calendar has come up with a new idea that is sure to make its mark in the media and communications world. The idea is to make a new generation of shorts solely for the internet, written and produced with the same means and same professional expertise as the most famous Hollywood productions. The top script writers, the top directors, the top actors and musicians in the world will be asked to offer their skills to Pirellifilm.

The Call is the first Pirelli film. Its exceptional cast includes John Malkovich in the role of the most powerful Vatican exorcist, and Naomi Campbell in the role of a highly dangerous and highly seductive demon. This gripping new challenge between good and evil is full of creepy atmosphere and unexpected twists in the plot. The exciting screenplay was shot using three cameras and extraordinary visual effects by Antoine Fuqua, who directed Training Day and King Arthur.

The leitmotif for each Pirelli short film is the company's slogan Power Is Nothing Without Control.

Watch The Call at pirellifilm.com. 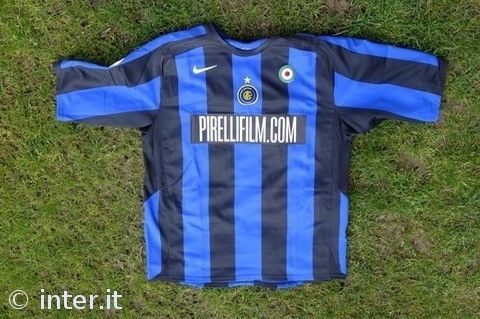 Everything you need to know ahead of Inter vs. Bayer Leverkusen

One year of "Big Rom": goals, smiles and records

Overview of the Europa League quarter-finals