MILAN - Portuguese winger Luis Figo was voted Inter player of the year in last night's San Siro Gentleman awards ceremony, held at the Marriott Hotel in Milan. Now in its eleventh edition, the San Siro Gentleman awards are given to players who have distinguished themselves during a sporting season for fair play and moral values. Esteban Cambiasso was last year's winner. Voted by Inter Channel subscribers, Dejan Stankovic's decisive goal in the Champions League round of 16 home match against Ajax carried off the prize for best Nerazzurri goal of 2005/06. 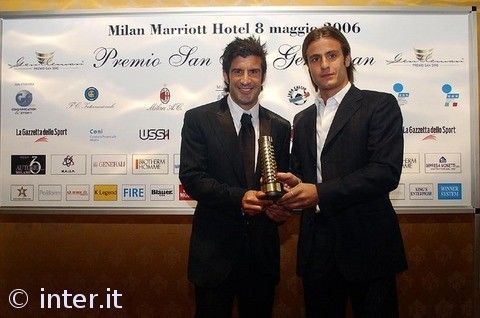 Next
BURDISSO, CAMBIASSO BACK IN ITALY

Dzeko strike nominated for UCL Goal of the Week