FOXBOROUGH (MA) - Diego Milito celebrated his close-season switch to Inter with both goals in a 2-0 victory over city rivals AC Milan in our third and final match of the 2009 World Football Challenge.

With less than four minutes on the clock, the Argentine striker burst past Onyewu and fired past Kalac at his near post, to the delight of Inter president Massimo Moratti who was in the stands for the 270th meeting between the two Milanese sides (and the third to take place abroad).

Il Principe added his second goal fifteen minutes from full time after an assist from Stankovic.

José Mourinho handed Lucio his Inter debut at the Gillette Stadium, partnering the Brazil captain alongside Chivu at the centre of defence for his Inter debut. Julio Cesar and Maicon also made the starting lineup after their recent return from holiday.

For his first Milan derby, AC coach Leonardo auditioned Thiago Silva and American international Onyewu at the centre of defence, leaving the experience of Nesta and Oddo on the bench.

Milan struggled to settle after Milito's first goal in black and blue, Lucio a commanding figure at the back while Cambiasso efficiently nullified the Rossoneri's attempts to find Ronaldinho.

Faithful to the tradition of pre-season friendlies, both teams made multiple changes in a slower second half which sprang to life in the last twenty minutes.

Minutes after seeing a snapshot brilliantly saved by Kalac, Stankovic set up Inter's second from a counter-attack, serving Milito who cut inside Abate and rifled a past the hapless Kalac.

Milan sub Nesta went closest to a reply in time added on with a close-range effort but Toldo ensured a first clean sheet of the pre-season with a reflex save from his former Azzurri team-mate. 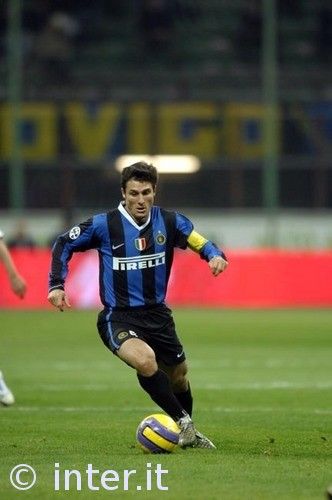 Next
Baresi: "A derby is always a derby"

Mission: Europa League, the team are on their way to Germany

On to the Europa League: bracket, format and rules