MILAN - It's his, he deserves it, and Inter are proud of him: the Confederation of African Football (CAF) has named Inter forward Samuel Eto'o African Player of the Year 2010, ahead of Ivory Coast striker Didier Drogba and Ghanian forward Asamoah Gyan, based on the votes cast by the national coaches of the 53 African football associations.

The prize is awarded each year to an African footballer for his outstanding performances in the previous 12 months - and nobody deserves it more than Eto'o for what he has achieved with Inter this year. Eto'o picks up the award for the fourth time, having won it three years running in 2003, 2004 and 2005.

Congratulations Eto'o, from Inter and all the Nerazzurri fans 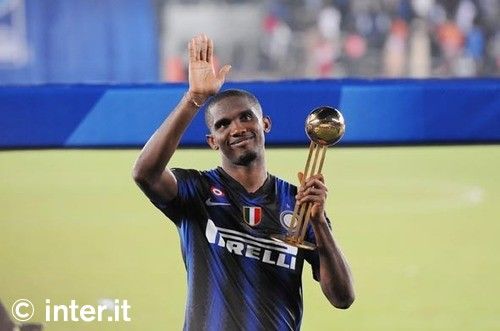