INTER AND LUCIO: TOGETHER TILL 2014

Centre-back renews contract, looking to add to the 6 (of his 17 career) trophies won with the Nerazzurri

MILAN - Onward together, until 2014, and with the same target: to keep winning. The last piece of bureaucracy has been wrapped up and the contract renewal between F.C. Internazionale and Da Silva Ferreira Lucimar "Lucio" has been sent to the Italian F.A.

Both parties are delighted to have agreed a two-year extension to the contract signed when the Brazilian joined the club on 20 July 2009 (which was due to expire in 2012).

Lucio and Inter have already won 6 trophies together, with the centre-back making 95 appearances (and scoring 3 goals) until now. Added to the other 11 titles won at club and international level, he is one of the most successful modern-day footballers. 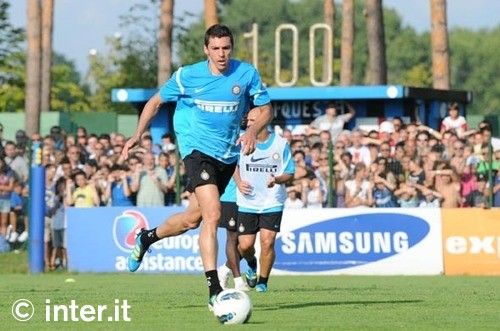 Next
NextGen Series: with Inter on 31/8

Dzeko: “That was a game that great teams win”