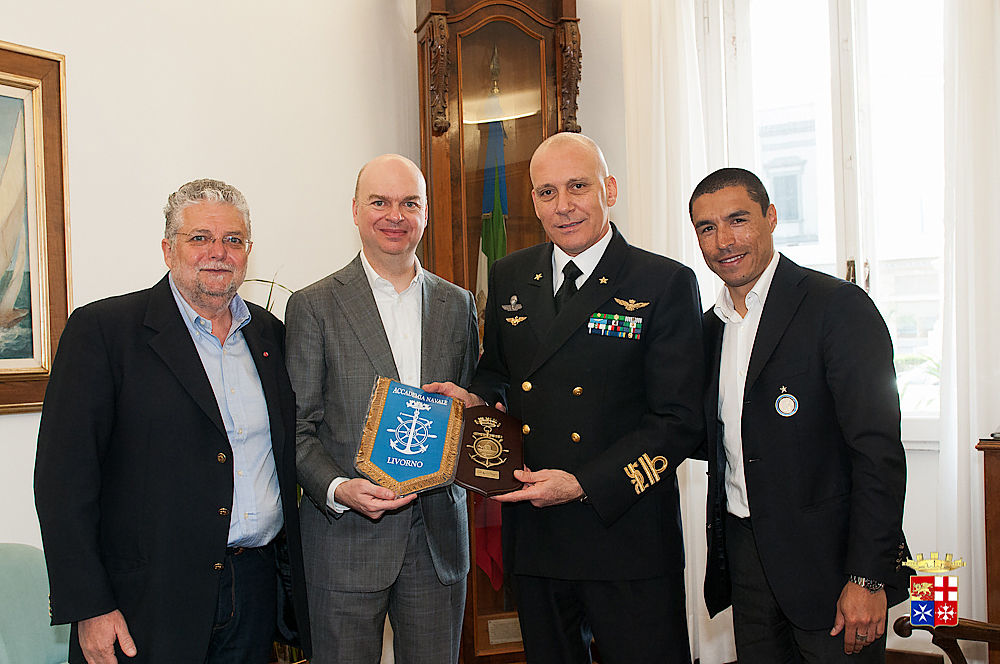 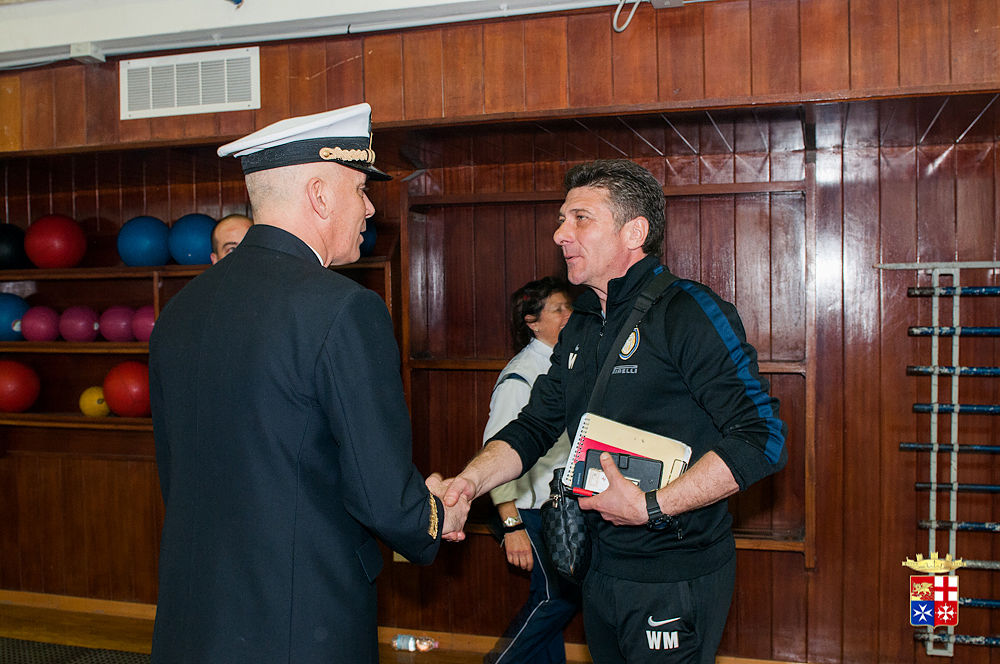 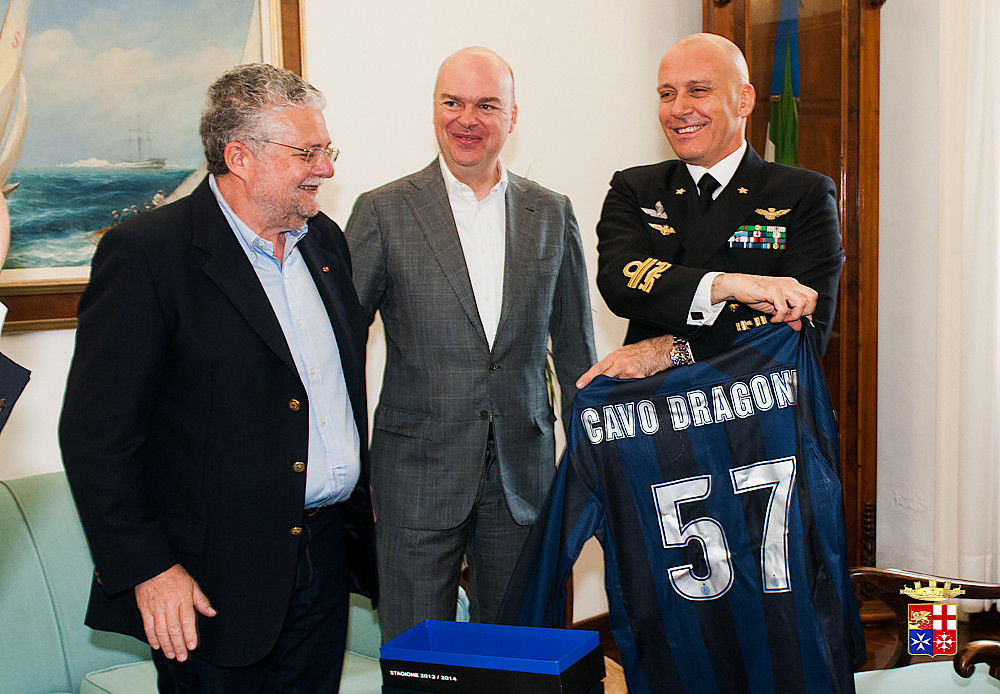 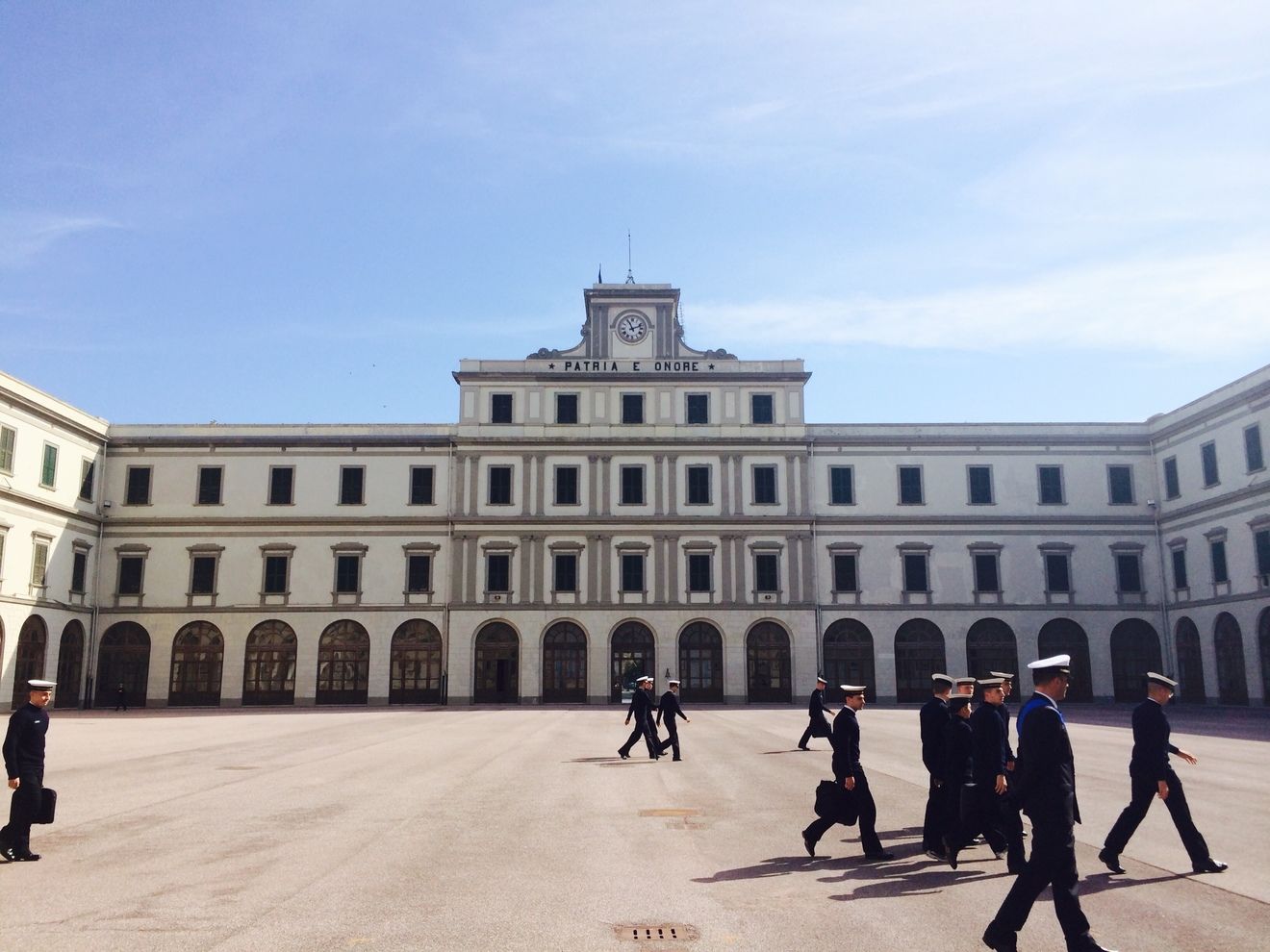 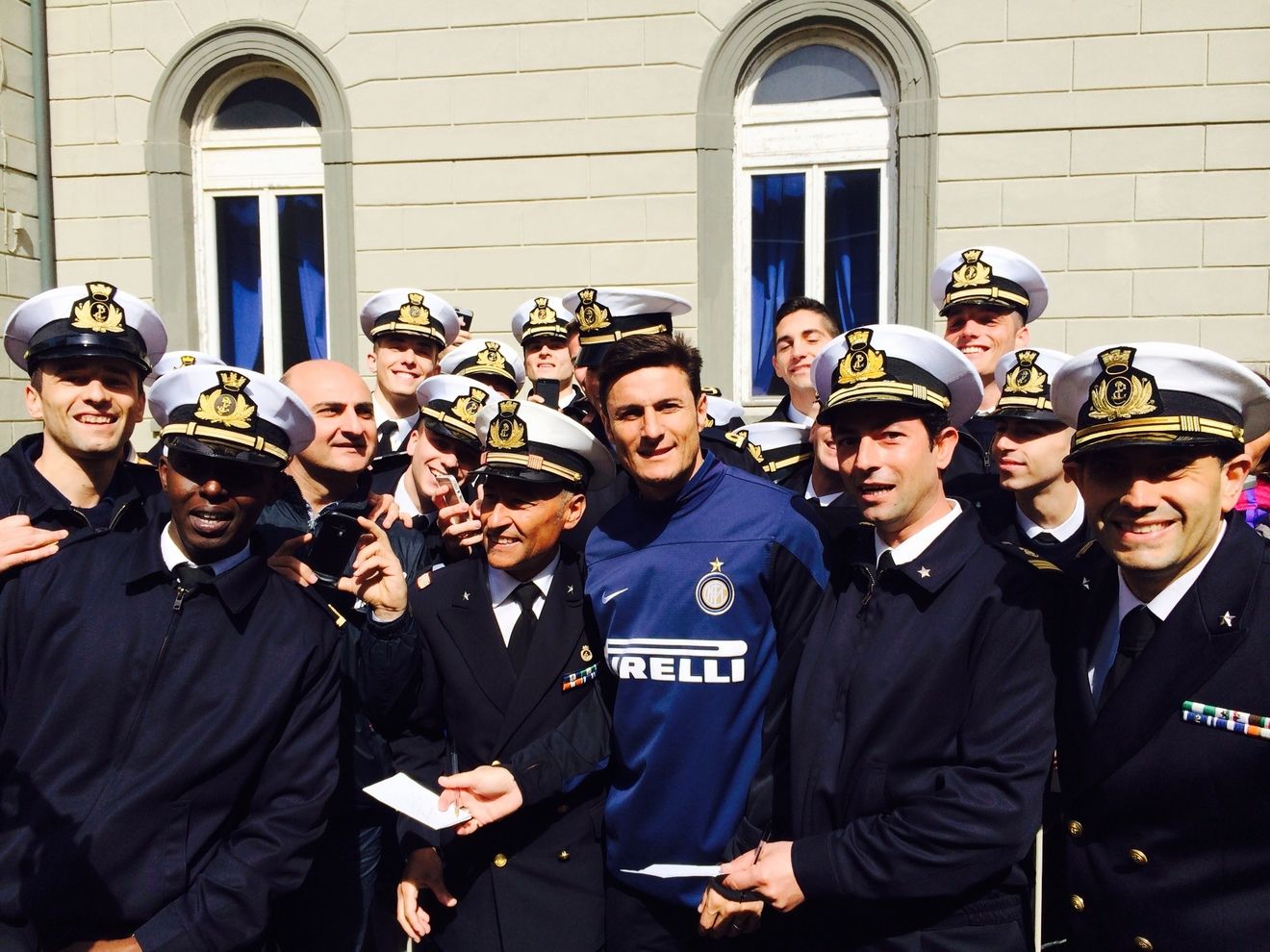 LIVORNO – The final training session ahead of Livorno v Inter took place in a very special scenario. This morning the Nerazzurri were guests at the Campo di Villa Chayes, a historic location as regards the city and its football, and one that belongs to the Naval Academy. Hosting the Nerazzurri was Giuseppe Cavo Dragone, the Division Admiral. And it was here in 1976 that he completed his studies and training before moving on to a military career that has been nothing short of brilliant. Now the Admiral is the director of this institution that was founded in 1881 and has turned out more than 35,000 officers.

"Patria e Onore" [Fatherland and Honour] is the motto that stands at the entrance of the 215,000-square-metre academy which faces the sea. These are two simple words that, perhaps now more than ever, one would do well to remember. The admiral received coach Mazzarri, managing director Marco Fassone and the team before they headed to the hotel ahead of this evening’s clash against Livorno.

Armando Picchi, who the stadium was named after, is a legend for both the Nerazzurri and the Amaranto; the captain of the Grande Inter side that won everything in the 1960s is also a celebrated son of the city of Livorno. He represents an intersection of both football and life. And although the attention will be focused on the pitch for 90 minutes, returning to Livorno always represents something special; a proud memory for someone who made Inter history.

Next
Youth Academy, the weekend results