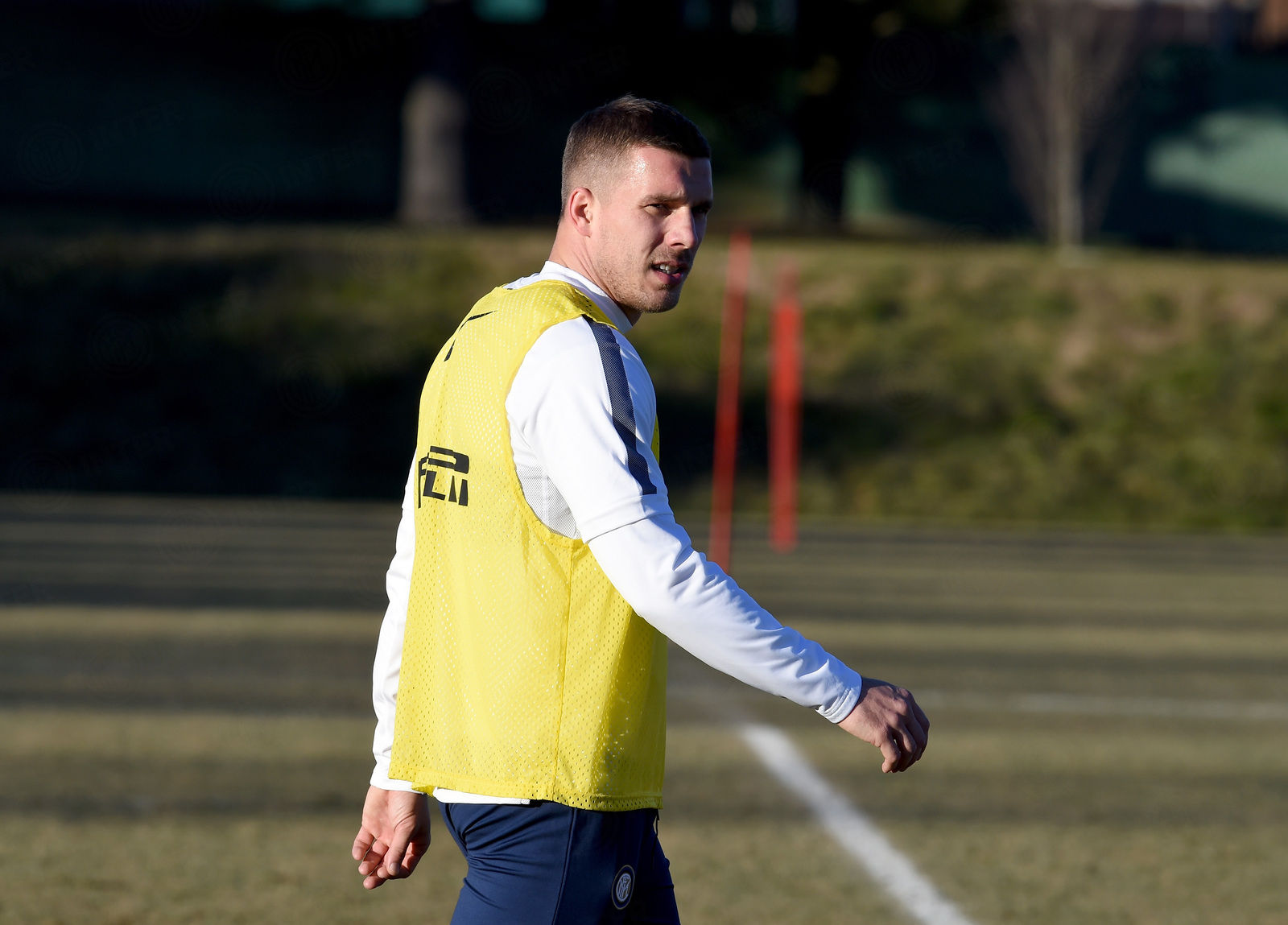 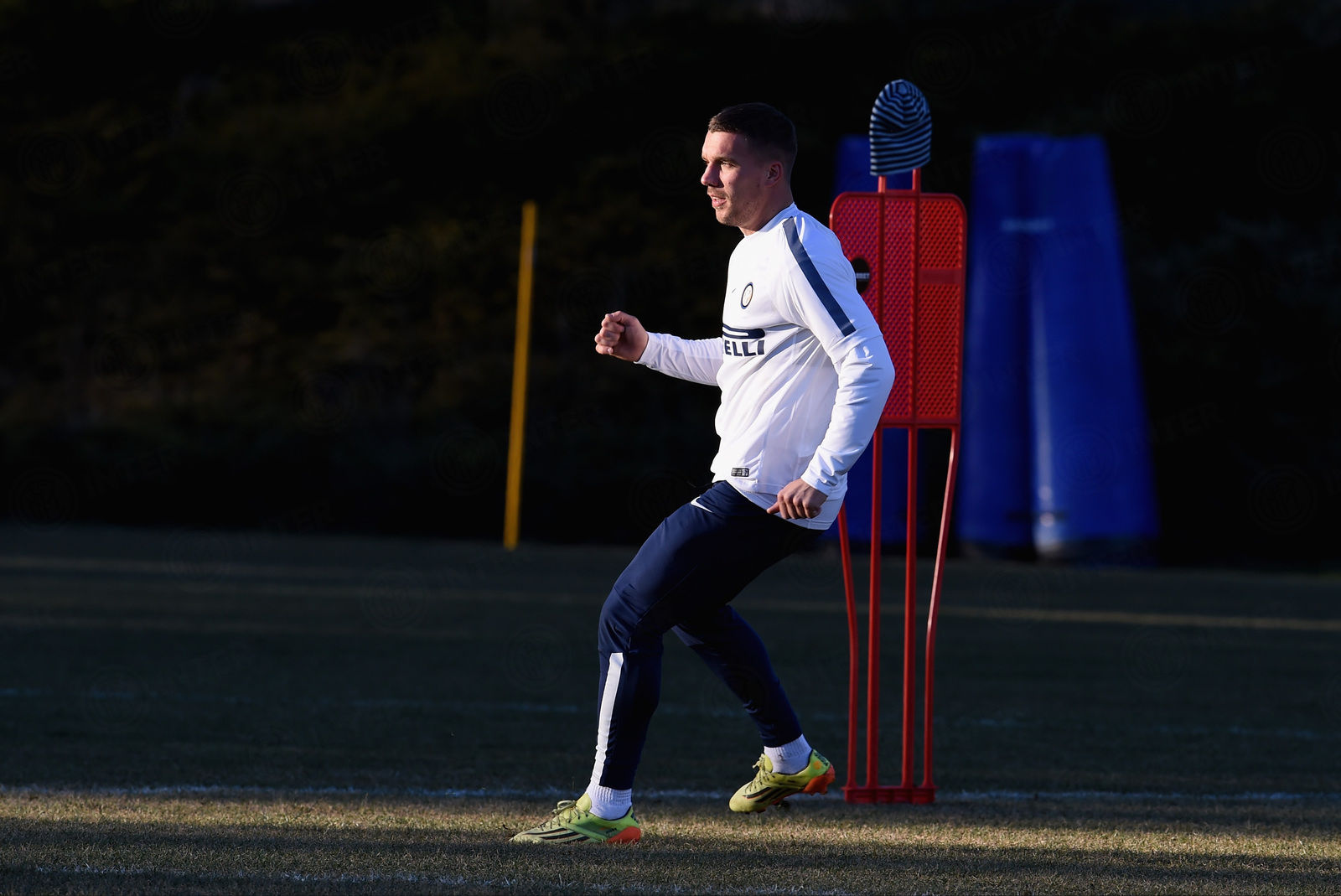 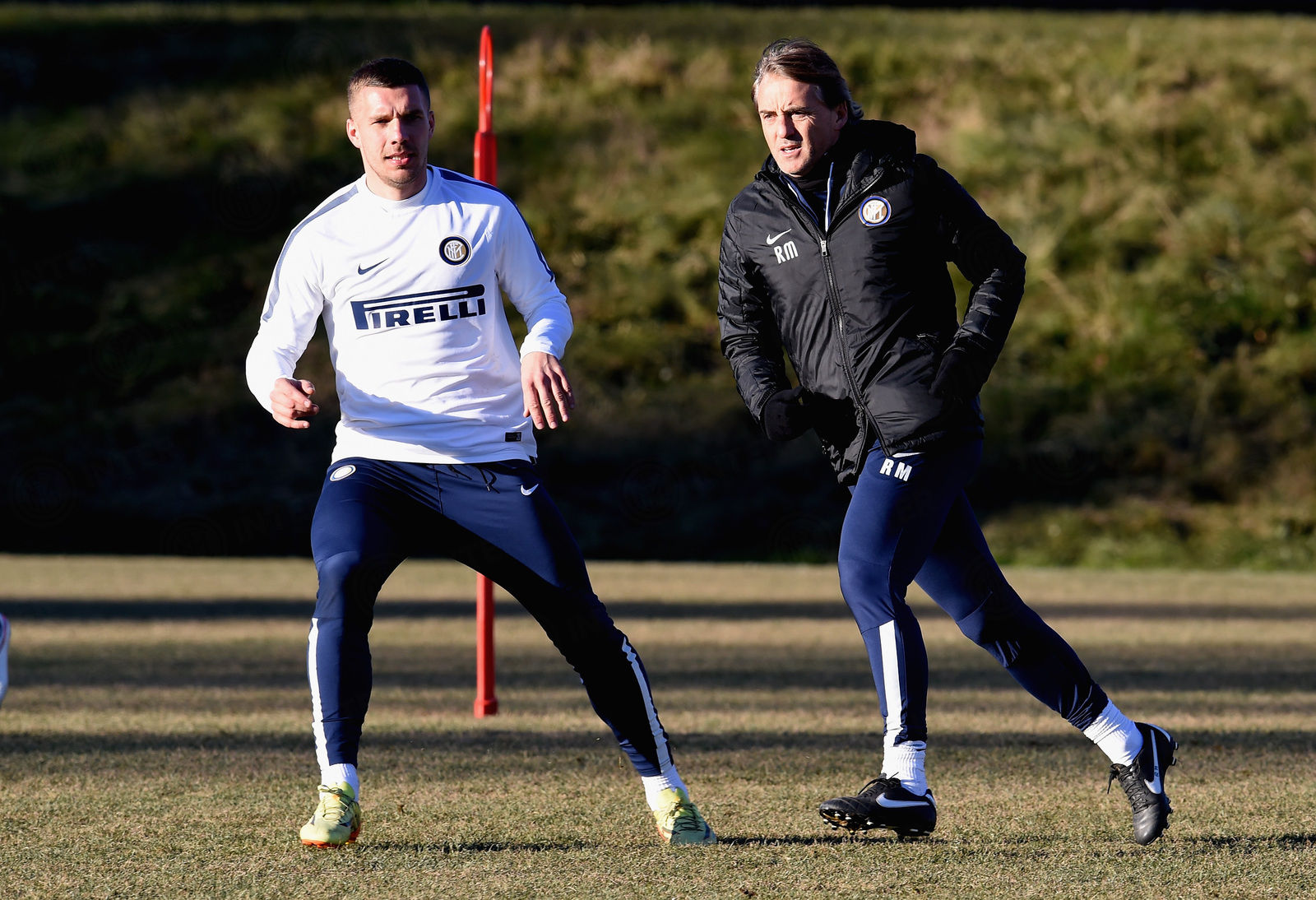 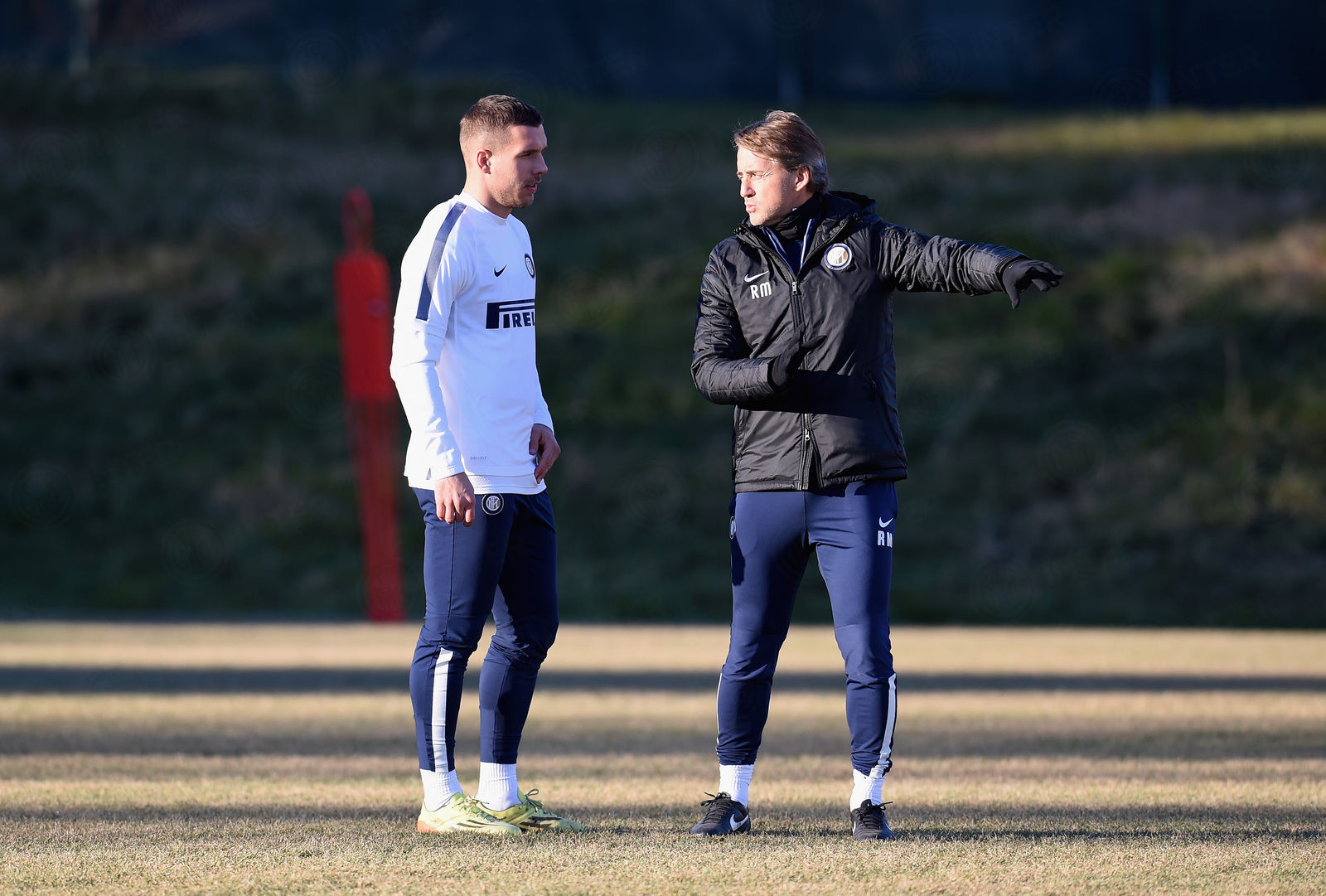 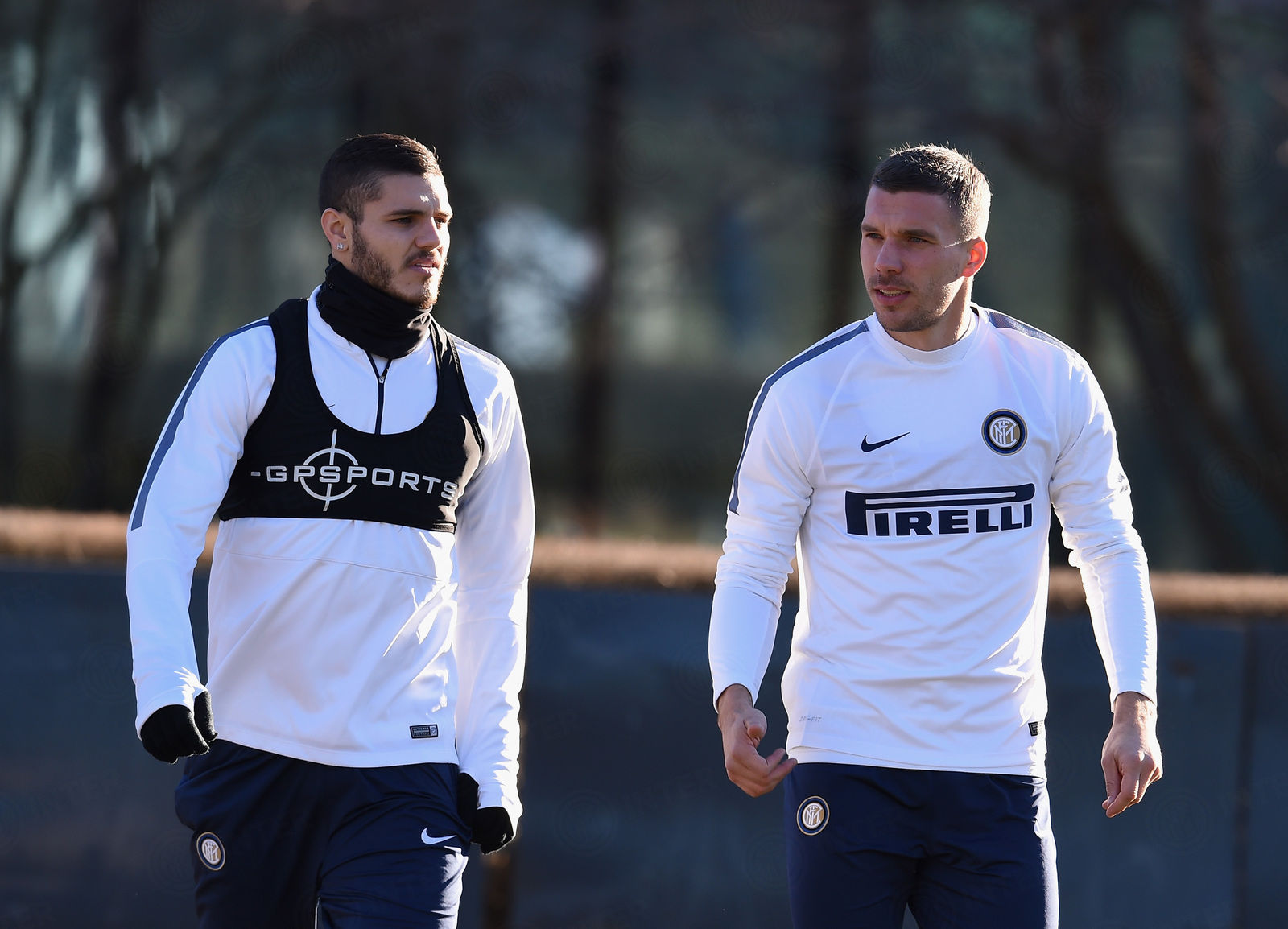 APPIANO GENTILE - Roberto Mancini assembled his men on the training ground this afternoon to finalise preparations for tomorrow night's crunch clash with Juventus. German striker Lukas Podolski was able to join in with the rest of the squad today after his transfer from Arsenal was completed.

The session began with the squad being split into four teams for a mini-tournament on two small pitches. Afterwards Ivan Carminati put the players through their places with some fitness work.

Training ended with a practice match which saw Podolski hit the back of the net, crashing home with a thunderous near-post effort.