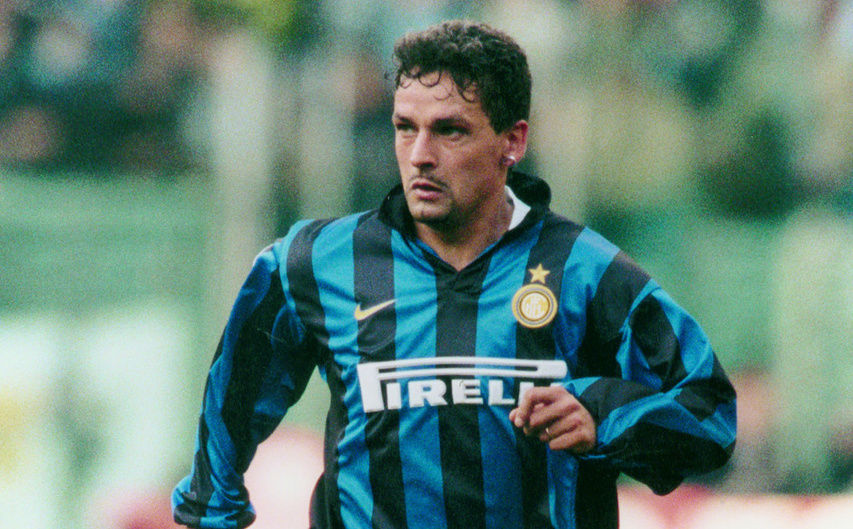 THE MIRACLE OF ROBERTO BAGGIO

MILAN - Roberto Baggio is one of the greatest Italian players of all time. It doesn't matter too much whether he's ahead or behind Peppin Meazza (someone Gianni Brera compared him to) or above Gigi Riva, a man who really rated him.

Indeed Riva, one of the few big names in football popular with fans across the board, once said: "Baggio is a great player because of what he does and how he does it." The how is less relevant now yet Baggio is still remembered and loved to this day.  Roberto is probably the greatest miracle of the Italian game and not only because, despite essentially playing without proper use of his knees, he was able to produce some astonishing play. His ability to overcome difficulties drew admiration, his technical grace was something to behold and his goalscoring capabilities left in your raptures. But Baggio was more than just that, given that though he retired on 16 May 2004, he's still a living legend both in Italy and around the world. He's a straightforward, pure, unpretentious man in a world of so many facades.

The miracle of Roby, who has a place in everyone's heart, crept up slowly to begin with before becoming an almost spiritual experience. The way he lives his life strikes a chord deep within. Whereas he used to strike sumptuous free-kicks, now he is committed to humanitarian efforts (which he doesn't always publicise) and has always been surrounded by his family. He's a remarkably straightforward individual. He's never dull and he inspires confidence in all he meets.

Baggio was born into a big family of Inter fans and played for all of Italy's top sides yet is loved all over and often to extreme lengths. After Fiorentina - his first love - Juventus and AC Milan, Roby finally wore the Inter colours, earning a move there after a wonderful season with Bologna. During his time with the Nerazzurri, above all to the delight of his brother Eddy - perhaps the most die-hard Inter fan of the family - he left some technicolour memories. His goal against Real Madrid, his wonder strike against Roma and his superb brace against Parma which saw the Nerazzurri qualify for the Champions League remain etched in the hearts and minds of everyone. Roby's goals were already magical. Something different.

Watching Roberto play for Inter was a source of great pride for Nerazzurri supporters who really identified with his diversity and unique playing style. He had a different spirit, mindset and passion which had nothing to do with winning on the pitch. In fact Baggio didn't need to win trophies to become a cult figure. Other superstars may have won more than him but Baggio is still one of the most hero-worshipped of them all. That's perhaps because Roby represented the very essence of the game, that passionate, engaging love we all feel for football, without ultimately being able to ascertain why. An old-fashioned love affair. Baggio was and always will be what football is all about.

Roby turns 50 today. He's rarely spotted but he's still everyone's hero. He doesn't need to make public appearances to be loved, nor does he require facelifts or make-up. His eyes still shine brightly though his hair has since turned grey. Baggio is football, proper football, the one we all truly love, stripped bare of any modern excesses. Happy birthday to a special footballing ambassador. A real gent, the sort we all like.