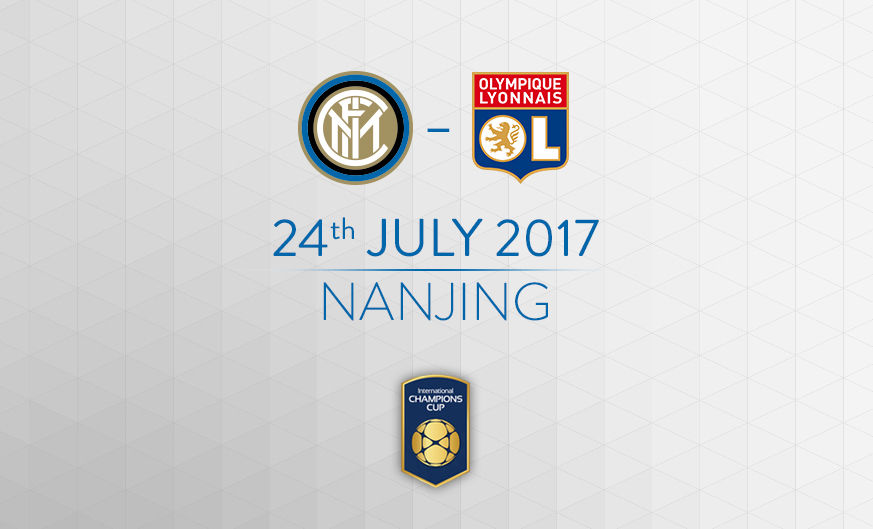 Under Bruno Genesio, the French outfit finished the 2016/17 season fourth in Ligue 1 and made it to the Europa League semi-finals

MILAN – French club Lyon are Inter’s second opponents on their Summer Tour 2017, with the match taking place as part of the International Champions Cup at the Nanjing Olympic Sports Center – the home of Jiangsu Suning – on Monday 24 July at 19:35 local time.

Lyon came fourth in Ligue 1 last season under the stewardship of Bruno Genesio, who also led them to the semi-finals of the Europa League, where they were eliminated by Ajax having knocked out Roma in the Round of 16 stage.

Lyon have won Ligue 1 on seven occasions, with all seven titles coming in consecutive seasons between 2001/02 and 2007/08. OL have also won four Coupe de France titles, one French League Cup and eight French Super Cups. Their only European title is the 1997 Intertoto Cup.

Inter and Lyon have faced off six times in competitive matches, with the record reading two wins apiece and two draws. Nerazzurri fans will have fond memories of the two-legged UEFA Cup last-32 tie in 1997/98, when Lyon beat Inter 2-1 at San Siro only for Inter to win 3-1 in France courtesy of a Moriero brace and a goal from Cauet. The Nerazzurri went on to win the whole competition, defeating Lazio in the final in Paris.

Next
Inter Club members set for a special summer tour

The official line-ups for Inter vs. Pisa