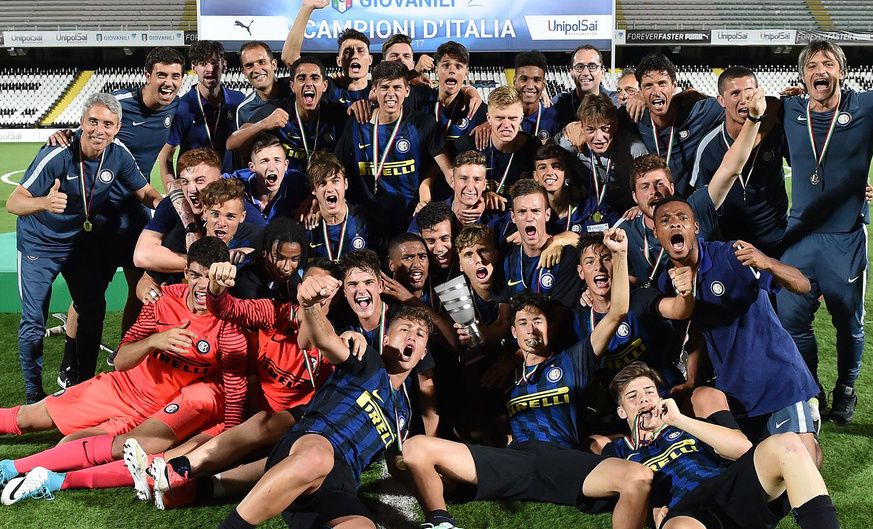 INTER U17S ARE CHAMPIONS OF ITALY

CESENA – After the Primavera and Under-18 title wins, Inter’s U17 side are also champions of Italy!

At the end of a fantastic final, which went as far as extra time, it was the Nerazzurri that emerged victorious. They beat Atalanta 3-2 to win the 44th title in the history of Inter’s youth academy.

Andrea Adorante gave Inter the lead after 17 minutes, with a right-foot shot from outside the box. His goal was cancelled out by Rilind Nivokazi, who equalised on the half-hour mark in the first period.

It did not take long for the Nerazzurri to get their noses back in front and it was Adorante who made it 2-1 with a clinical finish on 36 minutes.

Atalanta pushed hard for an equaliser right from the start of the second half and it took less than 10 minutes for the Bergamaschi to draw level, Alessandro Rinaldi scoring with a shot on the turn.

As the 90 minutes drew to a close, Davide Bettella almost won the game for Inter but was denied by a superb save from Sergej Luca Piccirillo, and the game went into extra time.

Eight minutes into the second period of extra time, Elia Visconti scored the goal that would win the Scudetto for the Nerazzurri, finishing off a lovely breakaway goal.

The title win is the seventh for the Inter U17 team and rounds off an outstanding season for the Nerazzurri youth sector.