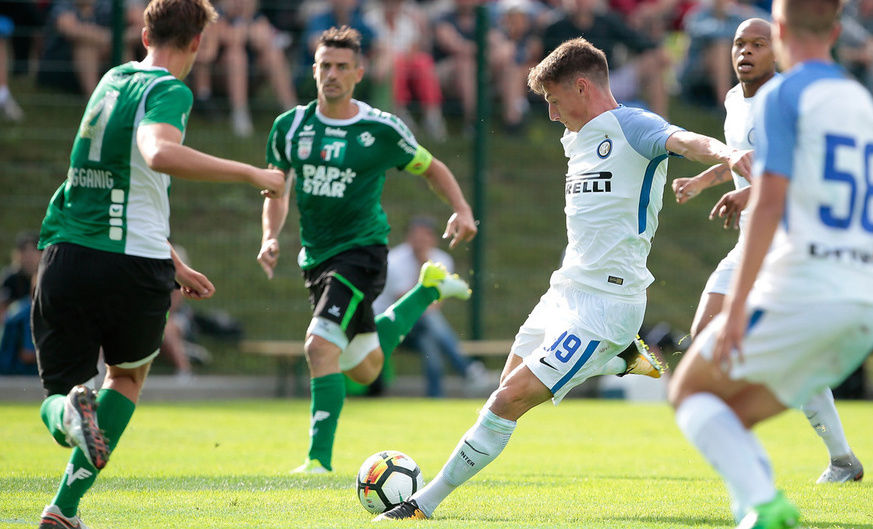 It was a good first outing for Luciano Spalletti’s Nerazzurri team, which came out on top in their first friendly of pre-season

RISCONE DI BRUNICO – Luciano Spalletti has kicked off his time in the Inter dugout with a win. In the first meeting in the Nerazzurri’s pre-season programme, ahead of the 2017/18 campaign, his team ran out 2-1 winners over WSG Wattens, thanks to goals from Andrea Pinamonti and Matteo Rover.

The team selected by Inter’s new boss sought to play at a good pace and keep control of the ball, despite the hard work the squad has been doing in the first few days of the training camp.

Pinamonti, who was in the Primavera team that was crowned champions of Italy last season, gave the home side the lead just before the half-hour mark. The youngster finished well with his right foot, after a lovely bit of play from Marco Sala.

The Nerazzurri began the second half with eight changes and Jens Odgaard game close to doubling Inter’s lead within the first few minutes of the period.

The Austrian side pegged Inter back half-an-hour into the second period, thanks to Simon Zangerl’s goal. However, Spalletti’s side did not take long to re-take the lead.

With less than five minutes left to play, Matteo Rover headed the ball home after Zinho Vanheudsen hit the woodwork, giving the new boss a positive result in his first friendly.

Next
Images from Inter v WSG Wattens in Brunico

Ask Handanovic! Your questions for our Nerazzurri goalkeeper

Ranocchia: “We have to work as a team to get through this”

team Read
Load More
Inter Academy
A new chapter for the Inter Academy in Brazil: the partnership with IT.SPORTS gets underway
Inter Campus
Focus on Paraguay: Inter Campus through the eyes of its key players
Almost done...