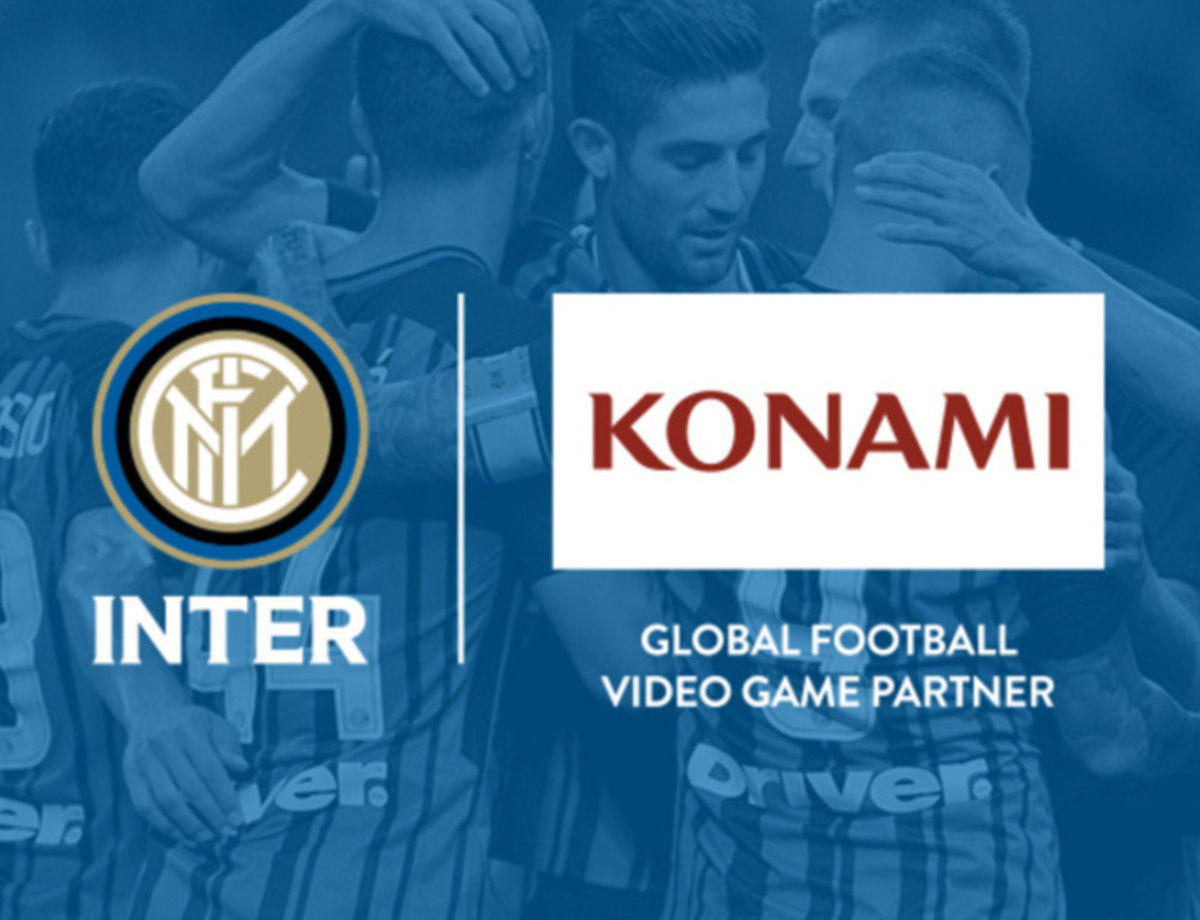 The agreement comes as KONAMI continues to add the world's best teams to its roster of Global partners. Inter boast a stunning heritage, having been ever-present in Italy's top flight since their formation in 1908. Since then,Inter has won over 30 domestic trophies, including 18 league titles - with five back-to-back successes between 2006 - 2010 culminating in a treble-winning season in 2009 - 2010. The club also has an enviable record in Europe, winning the UEFA Champions League in 2009 - 2010, to add to three previous UEFA Cup wins - the predecessor to the current UEFA Europa League.

The global agreement will see KONAMI continue to recreate the first team squad within its PES 2018 title, with players such as Mauro Icardi, Roberto Gagliardini, Eder Citadin Martins and Antonio Candreva implemented with an incredible level of detail that ensures their playing styles, on and off-the-ball movements, and tactical abilities are instantly recognizable within the game, all of which will be updated via free download shortly after PES 2018's September 14th launch date.
KONAMI will use its proprietary 3-D scanning systems to create the in-game models to ensure they are virtually photo realistic and will also be given extensive access to capture the San Siro stadium. KONAMI has also captured a wealth of audio content to recreate the sounds, cheers and chants heard during a home game to reproduce the electric atmosphere of an Inter match.

Additionally, KONAMI will also enjoy a high level of visibility within Inter's ground. The club will enjoy prominence across the San Siro's match-day LED sponsor boards, and PES 2018 will also be promoted via the ground's giant LED screen. Additional promotions will take place in official partner zones in the ground, and KONAMI and Inter will also work closely across their official social channels to extend awareness of future cross-promotions.

We are delighted to welcome KONAMI as our new Global Football Video Game Partner - said Michael Gandler, Chief Revenue Officer of FC Internazionale Milano - It is a leading company in video games development and, with its world-renowned PES series, our fans will have the chance to fully experience our match day. In addition to share the PES experience with our fans, Inter will be integrating Konami's engaging content into our game day and digital experiences to enrich our fan experience."

"Inter is a club of incredible heritage and reputation," commented Jonas Lygaard, Senior Director - Brand & Business Development for Konami Digital Entertainment B.V. "They have been a focal point of the Italian top flight since their formation, and have an enviable roster of playing greats - both past and present. KONAMI will honour this history with a game that perfectly showcases Inter's exciting style of football and the abilities of the talented player base it has. We are committed to working with the greats of the game, and Inter is a true giant."

PES 2018 will be released for PlayStation®4, Xbox One™, PlayStation®3 and Xbox360™ on September 14th.The game will also be available via Steam in a version that has undergone substantial improvements in terms of aesthetics and content, ensuring the game enjoys parity with the current gen formats.

Next
Spalletti's press conference for Inter vs. SPAL at 15:00 CET on Saturday