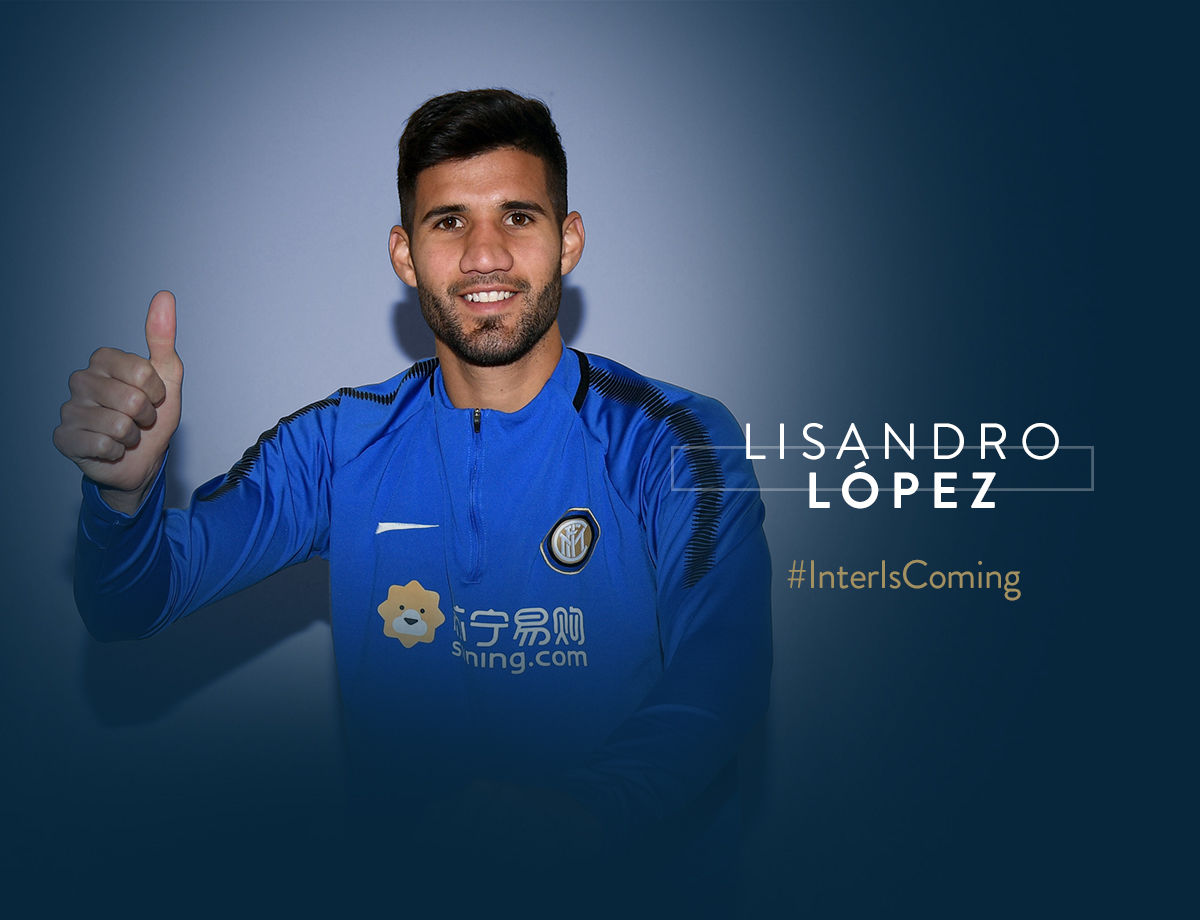 LISANDRO LOPEZ IS A NERAZZURRI PLAYER!

MILAN - Inter have a new player and it's Lisandro Ezequiel Lopez. The Argentine defender has signed on loan until 30 June 2018 (with an option to make the switch permanent).

Born on 1 September 1989 in Villa Constitucion in the province of Santa Fe, he developed as a player at Chacarita Juniors where he made his professional debut in the 2008-9 season season. In 2010, he made 25 appearances and scored twice in the Liga Nacional before being signed by Arsenal Sarandì. In a red and blue shirt, Lisandro established  himself as one of the most promising centre-backs in Argentine football. In three seasons, he made 122 appearances and scored 17 goals in all competitions, winning the Clausura and the Argentine Supercup in 2012. Above all, Lisandro Lopez scored the winner in a 1-0 victory against Belgrano which saw Arsenal Sarandì win the Clausura which was the first national title in club history.

He moved to European football in the summer of 2013 when he was signed by Benfica who loaned him to Getafe. He played 26 times in the league for the Spanish team and twice in the Copa del Rey, scoring four goals before returning to Portugal. For the Águias, he played for three-and-a-half seasons, contributing as the club won three League Titles, one Cup, two League Cups and two Supercups.

It’s now time for a new adventure with the Nerazzurri, welcome to Inter Lisandro!

Next
Lisandro Lopez: "Inter means a lot, it's a dream for me"