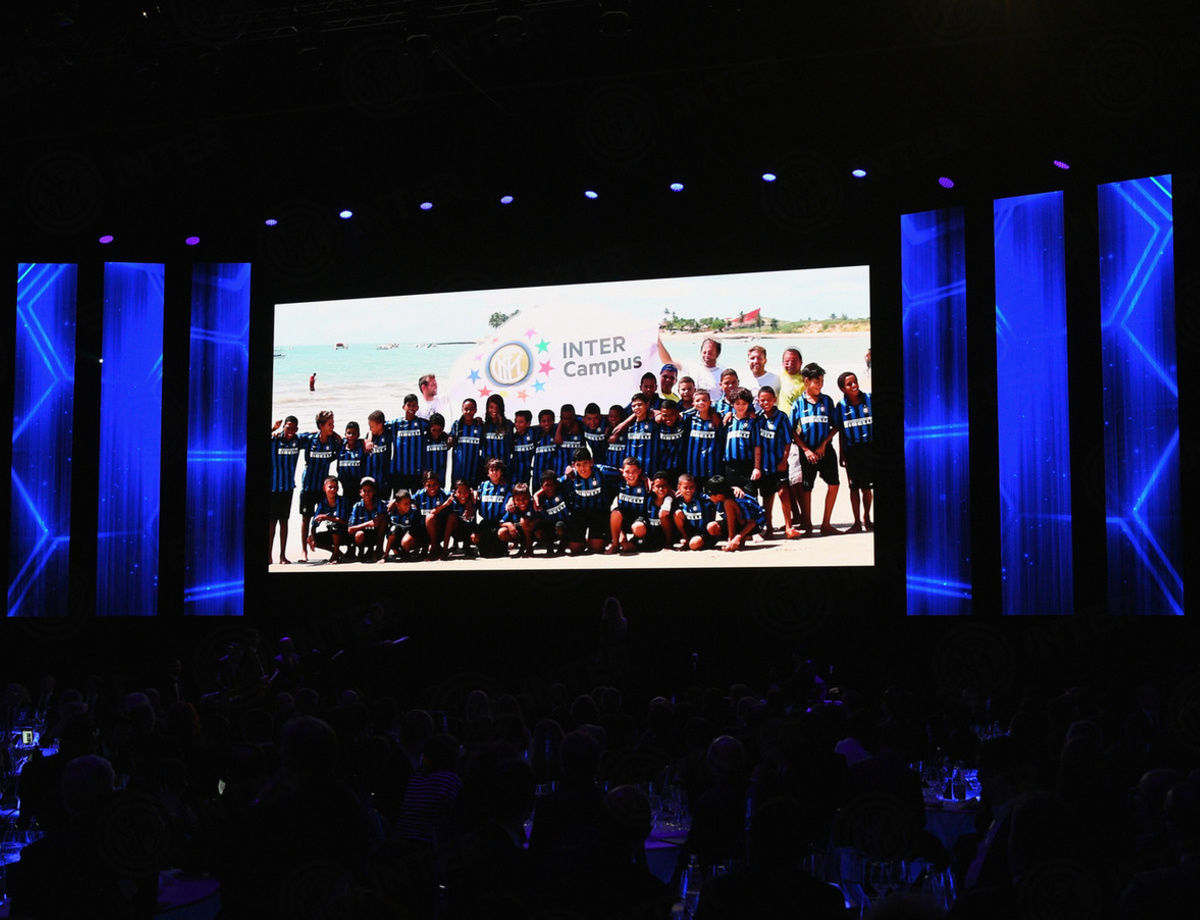 110 NERAZZURRI GALA: CHARITY AUCTION FOR THE KIDS OF INTER CAMPUS

A number of unique objects were put up for auction on Friday evening, with proceeds going toward Inter Campus Brazil

09/03/2018
MILAN - A whole host of Inter legends, from both on and off the pitch, were present at the 110 Nerazzurri Gala on Friday night, however, the evening’s protagonist was also solidarity. More than 30 unique objects were auctioned, including giant wooden figures of the 12 Inter Hall of Fame finalists, designed by artist Werther Banfi. There were also shirts that will be worn for the next derby and will include a special patch dedicated to the club’s 110th anniversary. The auction’s proceeds will be donated to the Associaçao Real Maré, which is a partner of Inter Campus in Brazil, located in the Rio de Janeiro favelas.
110 years of Inter and 20 years of social responsibility, supporting children in need across the world through Inter Campus, whose sporting and educational activities started in Brazil. Ronaldo had just joined Inter and all the kids were wearing his shirt. Even today the Nerazzurri colours can have an impact on children and motivate them to school - a unique request for Inter Campus in getting them to take part in their activities.
In addition to all the guests in the room and those who took part in the auction on Charity Stars, we’d also like to thank Pirelli, who in 1997 was the first business to support Inter Campus. They’ve also offered fans the chance to watch Inter vs. Napoli and Inter vs. Juve from the most exclusive spots at the Stadio Meazza - the Ground Box at pitchside.

Next
Hall of Fame: The first edition’s 4 winners