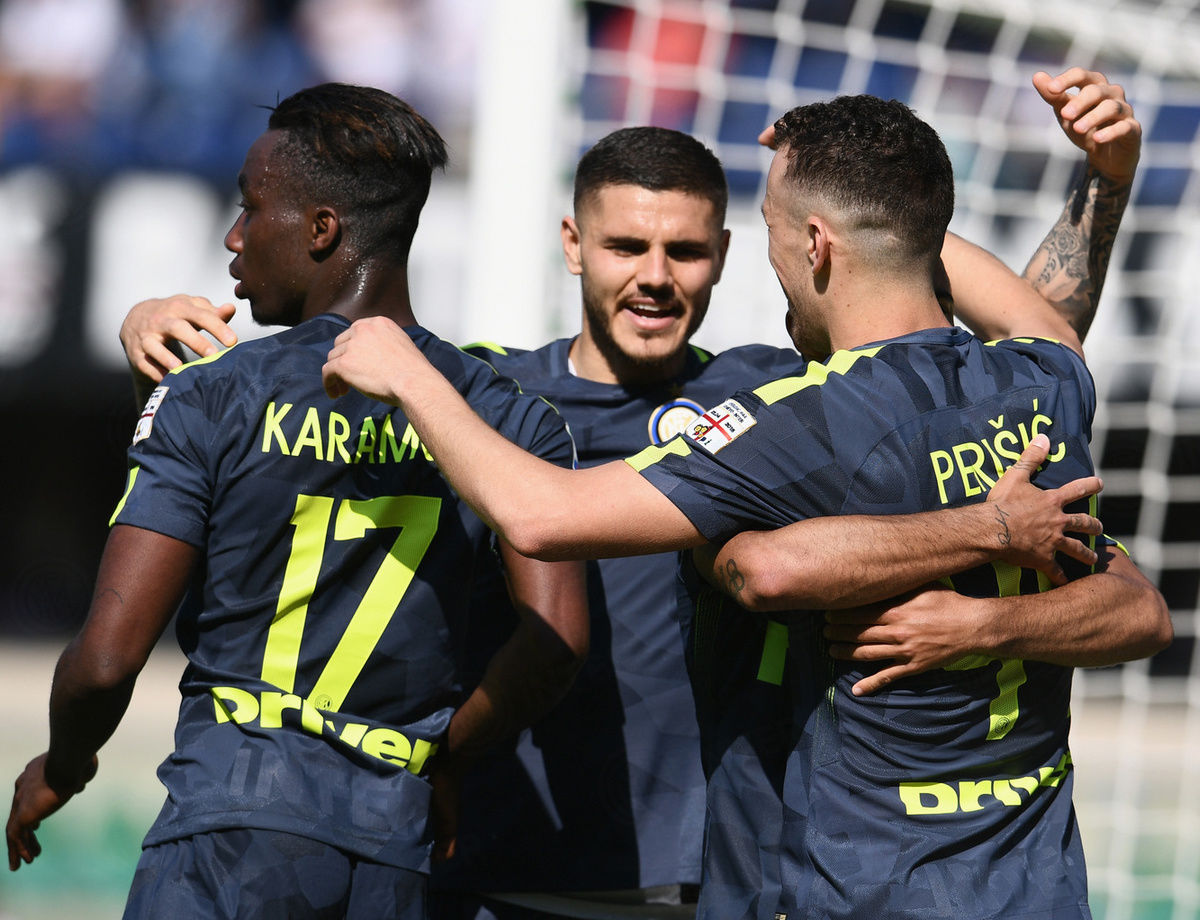 INTER TRIUMPH IN VERONA THANKS TO GOALS FROM ICARDI AND PERISIC

The Nerazzurri took one step closer to the Champions League on Sunday, beating Chievo 2-1 thanks to second-half goals from Icardi and Perisic

VERONA - Inter continued along their path to potential Champions League qualification on Sunday, securing a 2-1 win away to Chievo Verona. It was a hard-fought victory for the Nerazzurri, with second-half goals from Icardi and Perisic successfully pushing the away side ahead after a sluggish first half.

Chievo Verona started the match strongly, with the visitor’s first chance coming through a Cancelo free-kick that went wide. The hosts then hit the post through Pucciarelli in the 12th minute before Handanovic then pulled off two great saves to keep out Cacciatore and Giaccherini. His heroics then continued as he kept out further efforts from Cacciatore and Pucciarelli. As the half progressed, Perisic and Icardi began to link up more, although failed to truly threaten Sorrentino.

Inter grew into the match after half-time as Rafinha and certainly Perisic came alive and the Nerazzurri scored twice in a ten-minute period. Firstly, Brozovic shot from the edge of the area and Sorrentino could only parry, thus allowing D'Ambrosio to pounce on the loose ball and keep his cool to set up Icardi for the tap in. Referee Valeri initially ruled the goal out for offside against D'Ambrosio but VAR then confirmed that the Nerazzurri defender was, in fact, onside, allowing Inter to take a 1-0 lead.

Spalletti's men grew in confidence and doubled their lead after 62 minutes following a great team move. Rafinha found space in front of the defence and fed Perisic who played a first-time ball out to Karamoh. The Frenchman passed back to Rafinha on the edge of the box and he found Perisic's run after the winger had gone forward in support. Faced with an onrushing Sorrentino, a delicate touch with his left foot was all that was needed to beat the keeper. Inter tried to close out the match with the score at 2-0 but had to deal with an attempted come back from Chievo who brought on Birsa after the second goal. The Slovenian immediately caused his compatriot Handanovic problems with a dangerous free kick. The home side pulled a goal back a few moments before the board went up to indicate added time. Stepinski got onto a long ball and the forward, who had only come on a few minutes previously, chose the right moment to cut inside and shoot right-footed.

Chievo launched one last assault late on, however, Inter could breathe a sigh of relief as the Gialloblu failed to find the target. The final whistle soon arrived and so with it a vital victory for the Nerazzurri. #ForzaInter!

Next
The photo gallery from ChievoVerona vs. Inter

Roma v Inter: everything you need to know

Perisic wins Lenovo Player of the Month for November

Inzaghi: "Character, grit and determination needed at the Olimpico"

Your Man of the Match from Inter v Spezia is...