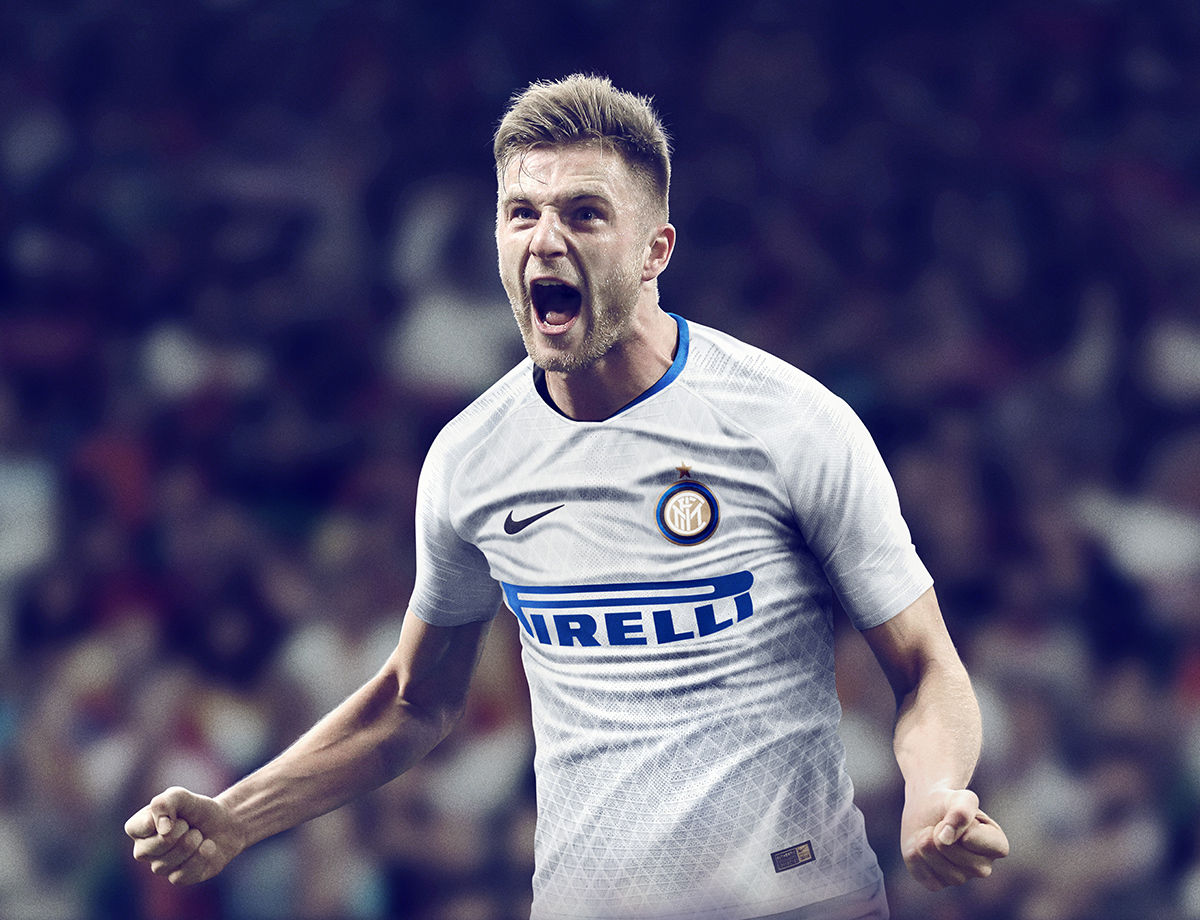 MILAN - FC Internazionale Milano and Nike can unveil the new away shirt for the 2018-19 season. Il Biscione (a grass snake and powerful Milanese symbol intrinsic to local identity) is represented on the new home kit by a serpent-like pattern rising up the club’s quintessential stripes. That pattern appears again on the Nerazzurri’s new away shirt — the jersey is a crisp, clean white (consistent with Inter’s historical change colour), enriched with an elegant woven graphic. The crest on the back nods to the past of the club while also telling a modern story.

“Back in 2010–11, Inter's iconic away kit featured a bold graphic interpretation of the Biscione on the sleeve,” notes Pete Hoppins, Nike Football Apparel Senior Design Director. “The 2018-19 away draws inspiration from the Biscione and its influence on the club and kits of the past, and this time it’s executed through an allover print inspired by world famous Milanese fashion.”

The badge on the new away shirt is trimmed with gold and placed on the left-hand side. Meanwhile, the neckline celebrates the club’s iconic home colours, with one side of the v-neck trimmed with blue, the other black.

On the back of the neckline, where black and blue meet, there is the historic emblem that encapsulated the club during the 80s’: a small and stylised Serpent.

The matching shorts are white, while the socks are blue. There is a black band just under the knee, along with the Swoosh and INTER written in white.

The new away shirt will go on sale on June 28th, available via store.inter.it/en, nike.com and all other authorised sellers. 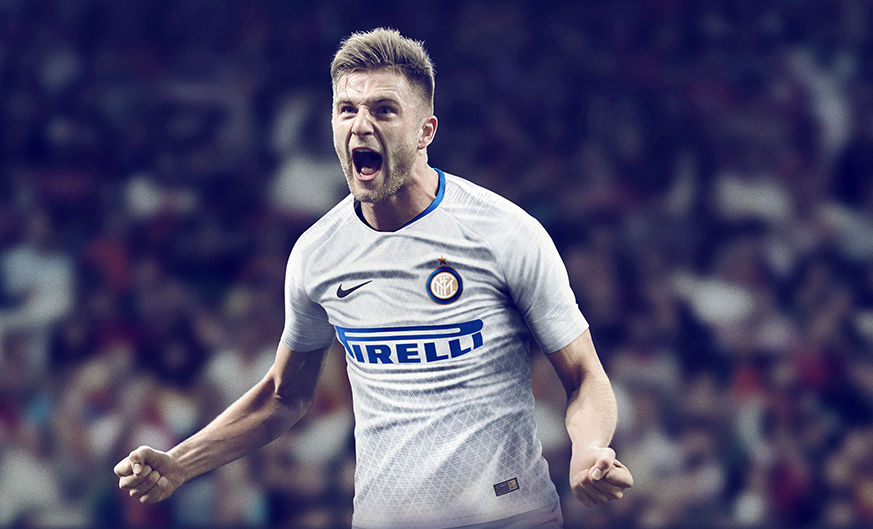 Inter Among Teams to Take Part In The Florida Cup