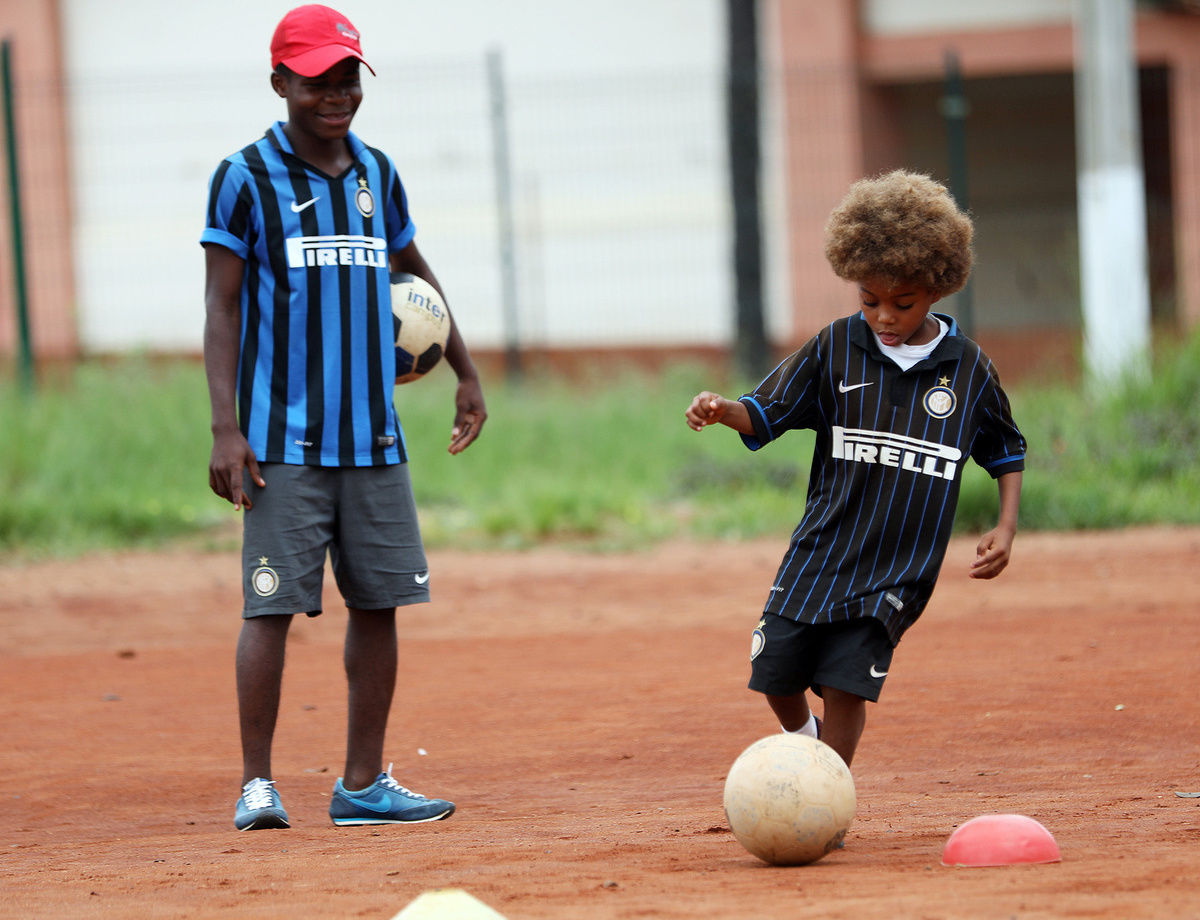 WHO ARE THE INTER CAMPUS COACHES?

Dorivaldo and Beny, two of the many Angolan children who have become coaches as part of the project

10/09/2018
Dorivaldo Pereira, 21, and Bernando Balombo, 16, are two of the eight coaches who are involved in the Angola project having once been Inter Campus children. Both grew up in the Lixeira favelas of Luanda, Dorivaldo in the parish of Sao Paulo and Beny (his nickname) in Josè do Nazaré. They represent continuity with respect to the educational dimension that Inter Campus and the Salesians are trying to provide in the midst of the great social, health and economic problems found in the rubbish dumps of Luanda.
Although their stories are similar as regards the journey they have taken, they are different in terms of how they can be described. Dorivaldo can be defined as a “chosen one” because, in addition to being a child in the parish of Sao Paulo, he took part as a player in the Inter Campus World Cup in 2009. Representing his country Angola, he got to know other Inter Campus children from all over the world on Italian football pitches. That is when he understood the size and dimension of his future journey: “I understood back then that I wanted to carry on and that, once grown up, I would try to become an educator for all those children in need, so that one day I could also give them the chance to play in another World Cup.” Dorivaldo now trains and has been in charge of his team for almost two years in the parish of Sao Paulo.
Beny lives in Sao José and turned 14 a year and a half ago, meaning he was no longer a child: without any hesitation he asked Gouveia and Father William (local contacts) if he could start the journey to become a coach: “I remember, says Gouveia, he had a determined look in his eyes, and we did not hesitate for a moment to bring him on board as a coach alongside someone more experienced. We quickly realised, however, that he could slowly become more independent, which is why this year he has been training his team on the same pitch where he was playing just a few years ago. He is incredibly professional: he arrives at the pitch half an hour early, always prepares training sessions well in advance and helps those children who are most in need.
Along with Gelson, Luís and Kukeny, Beny and Dorivaldo represent the heart of Inter Campus despite being different. They embody the educational values of sport in a process of continuity that finds expression in the children living in the Lixeira favelas of Luanda. These are children who need guides on and off the pitch like never before and who, fortunately for them, have now found them in the form of the two coaches. 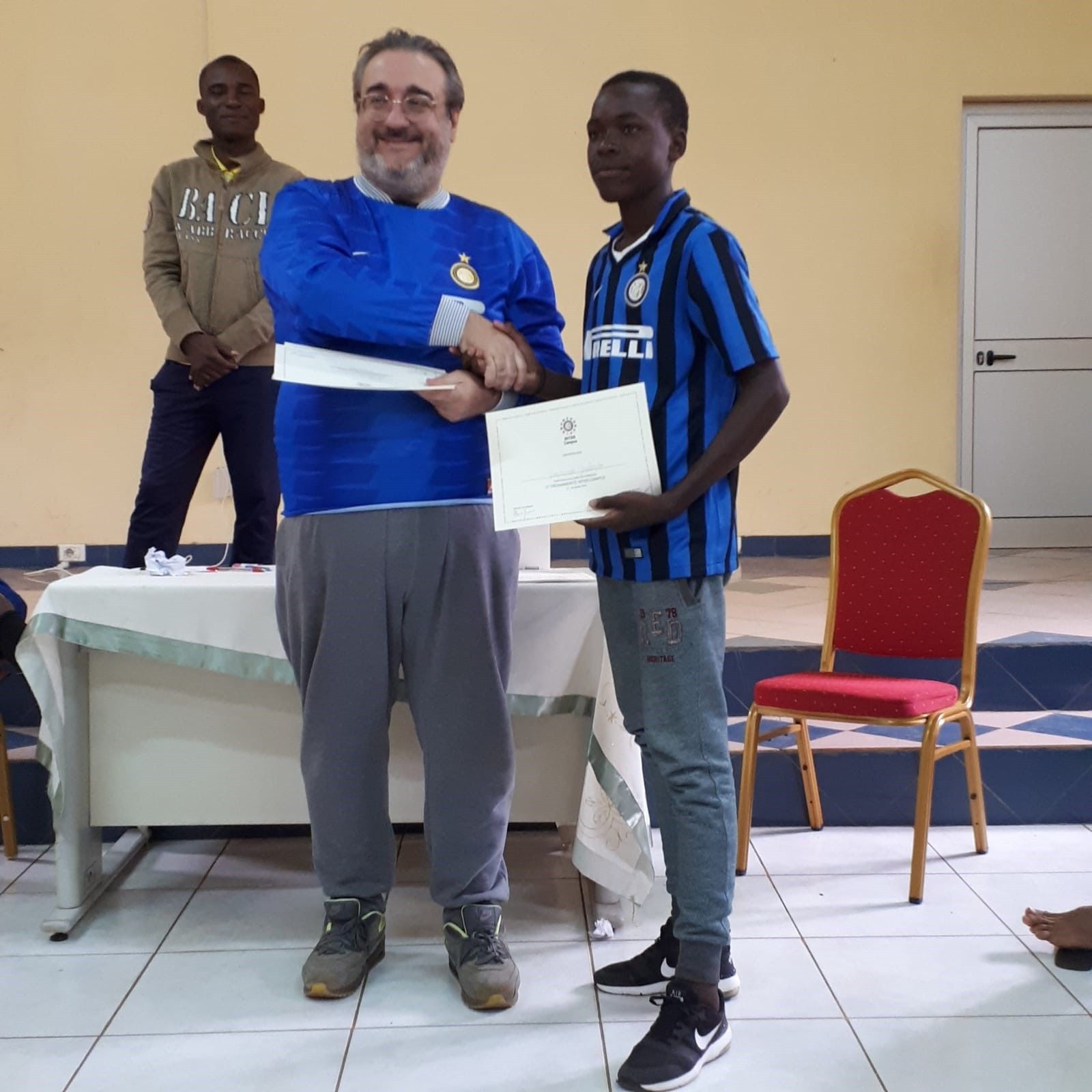 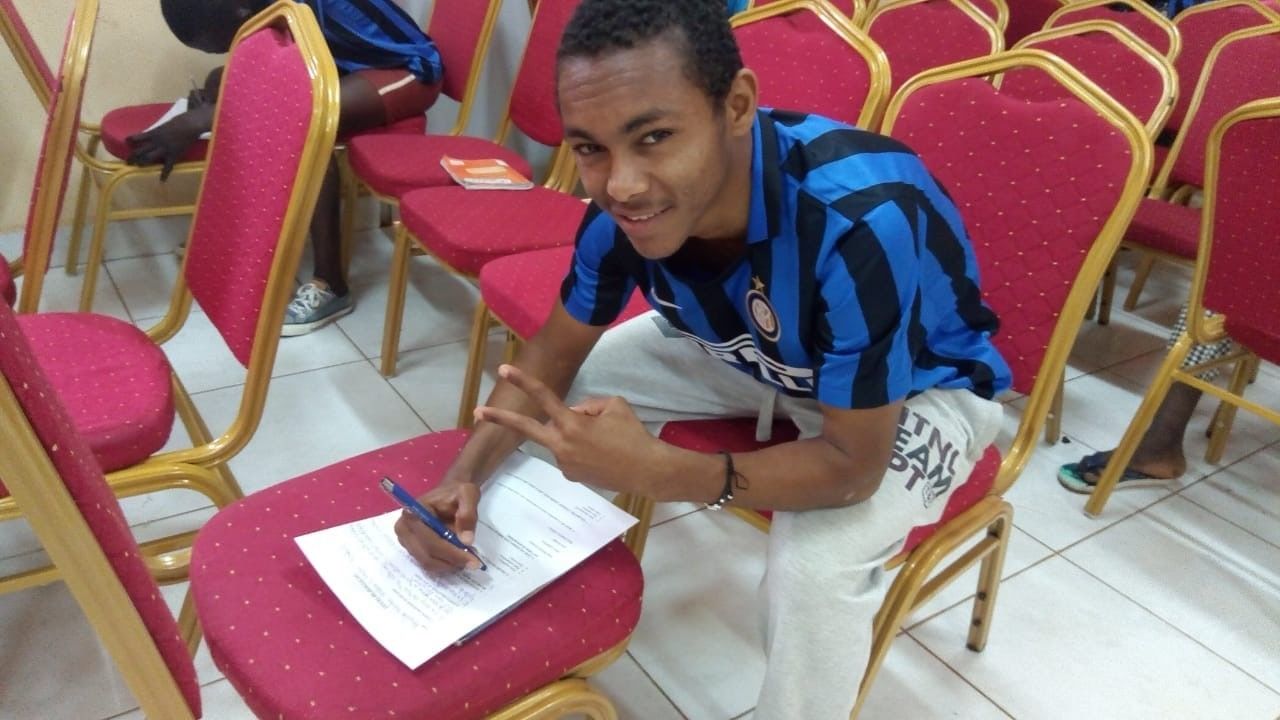 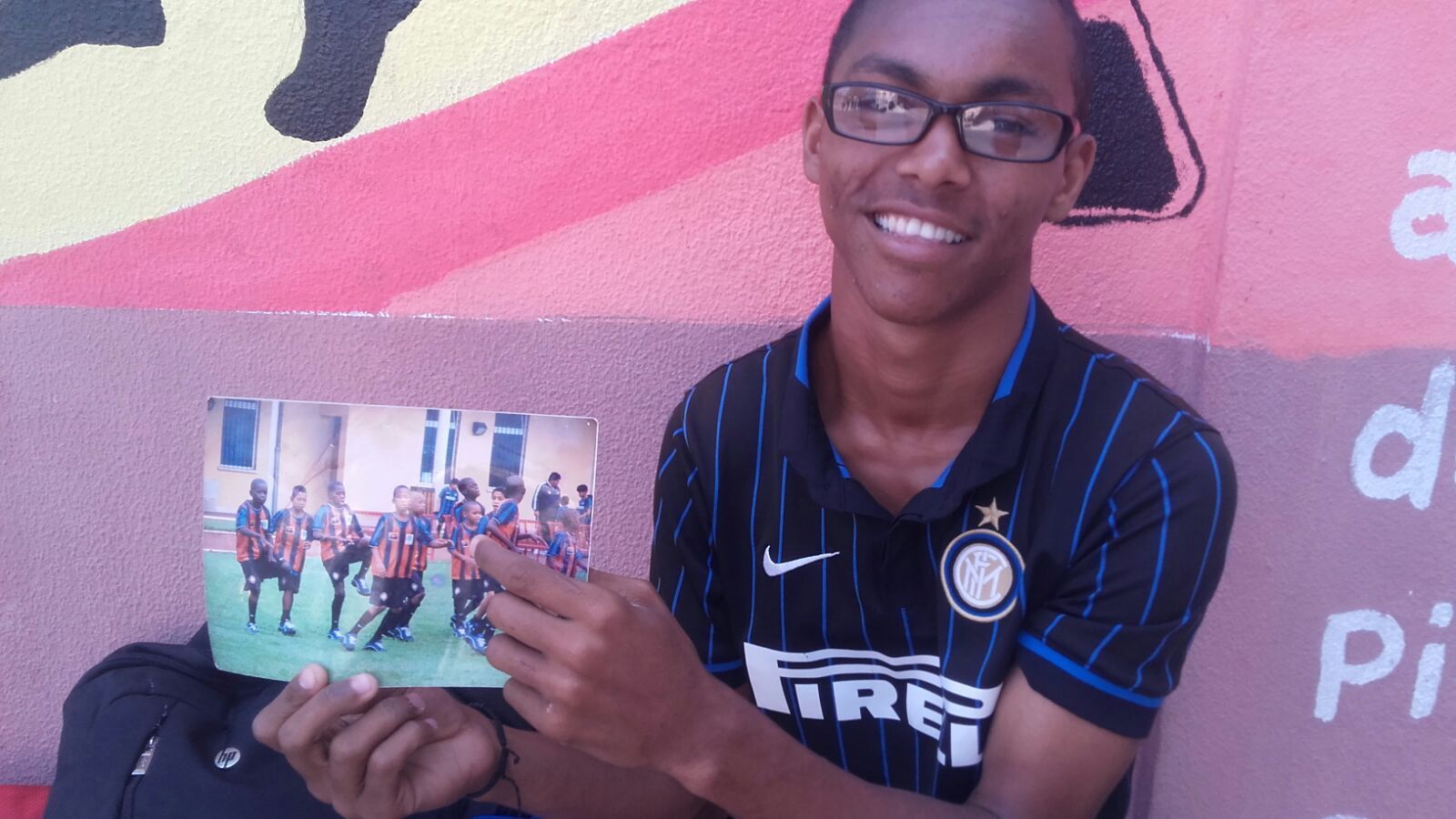