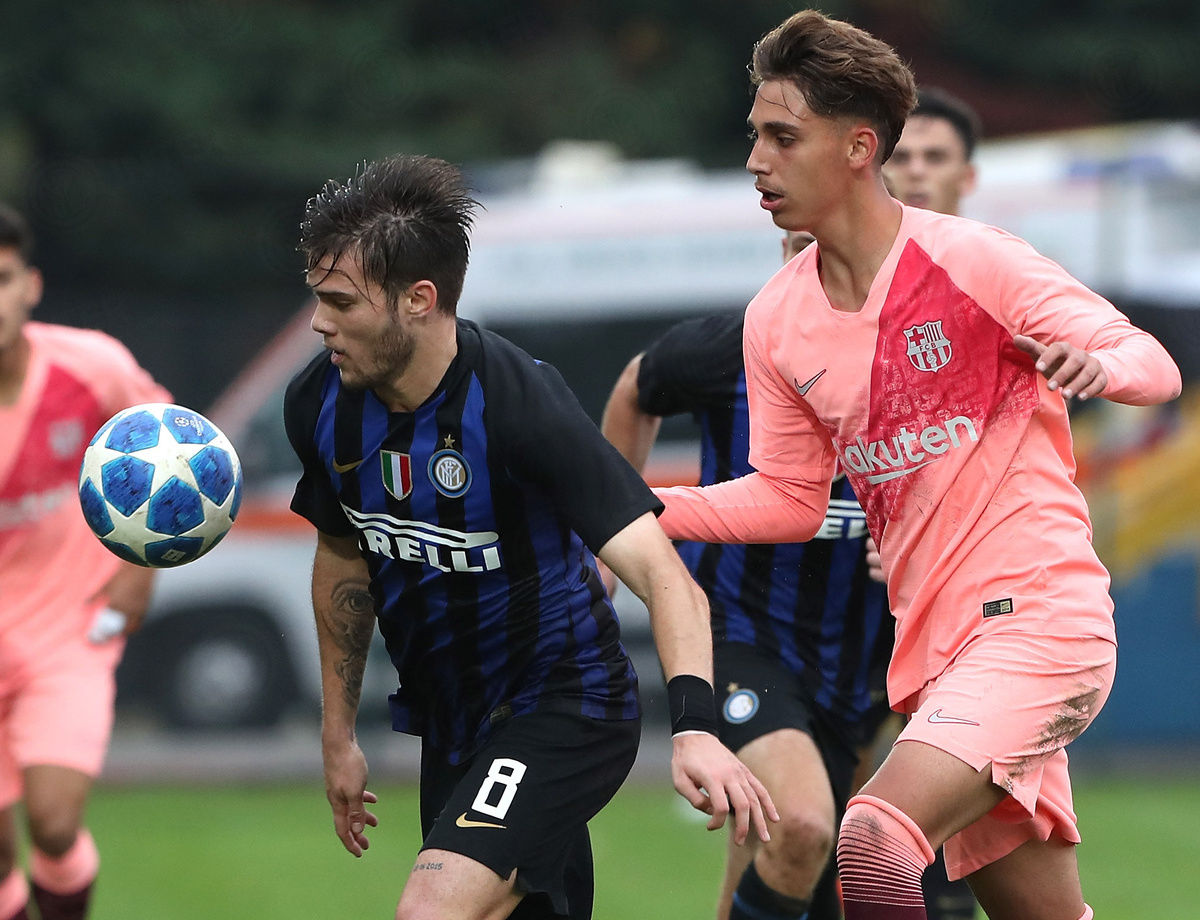 The Nerazzurri were unfortunate to lose their fourth fixture in Group B, Salcedo and Persyn hit the woodwork while Peque and Gonzalez found the net

MILAN - On matchday four in the UEFA Youth League, goals from Peque and Nico Gonzalez saw Inter fall 0-2 at home to Barcelona. The Nerazzurri created a number of chances while Salcedo and Persyn also hit the woodwork but it wasn’t enough. The next fixture in the competition will see Armando Madonna’s side will travel to London to face Tottenham Hotspur’s Under-19s on 28 November.

Early on in the match, Barcelona started the brighter and went close in the third minute with a dangerous long shot from Jesus that Dekic turned behind. Barça continued to attack, especially on the right flank where they made the most of the pace and skill of De La Fuente. In the 15th minute, Inter got forward. Zappa broke and played it Gavioli who was stopped by the visiting defence. The Nerazzurri had three big chances between the 28th and 35th minutes. First, Salcedo hit the post from a free kick. It was then Persyn’s turn to strike the woodwork with a shot that hit the bar before the Blaugrana defence recovered to defend from the rebound. In the 42nd minute, Peke punished the Inter Under-19s with a left-foot strike that found the corner against the run of play. Armando Madonna’s side returned the changing room unfortunate to be a goal down.

Inter began the second half strongly with Gavioli looking particularly dangerous for the home side with his continuous forward bursts. After 65 minutes, the Nerazzurri came close to drawing level: first Salcedo and then Colombini on the follow-up saw their efforts cleared off the line by Barcelona captain Guillem, who thus preserved his side’s lead. A few minutes later, it was Zappa’s turn to have a go, but his fierce shot was blocked by Sanz. Half an hour into the second half, Barcelona managed to get an effort on goal through Ilaix, but his shot was too close to Dekic after he had done well to free himself of Pompetti’s attentions. Barcelona had more of the ball in the final 15 minutes and doubled their lead through Gonzalez, a goal which sealed the win for the away side. Inter vs. Barcelona therefore finished 0-2.

Next
UYL: Comments from Madonna, Salcedo and Rizzo after Inter vs. Barcelona