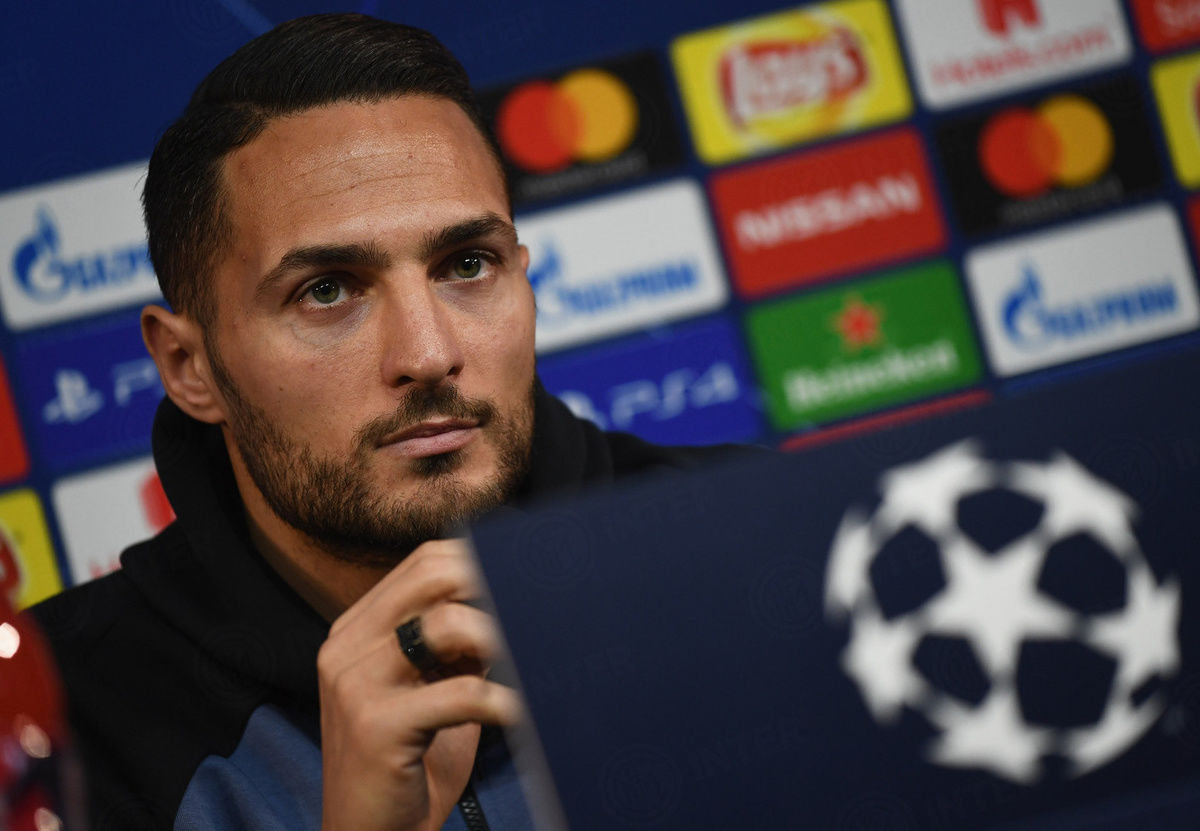 UCL, D'AMBROSIO: "WE NEED TO WIN FOR OUR FANS AND BECAUSE OF OUR HISTORY"

The defender spoke on the eve of the matchday 6 UEFA Champions League fixture: "Inter must always have the highest aims. We're focusing fully on PSV"

APPIANO GENTILE – Danilo D'Ambrosio  spoke alongside Matteo Politano at the Nerazzurri’s press conference ahead of Inter vs. PSV Eindhoven.

It will be a decisive match for the Nerazzurri, who have to better Tottenham’s result against Barcelona in order to progress to the Round of 16 stage of the UEFA Champions League: "Inter always have to be ready, both because of the history of the club and because of our fans,” said the Inter defender. “The match at Camp Nou will not distract us. We have to concentrate on our own match and focus on winning so we don’t have any regrets come the end of it. Then we’ll take a look at the result of the other game."

It was inevitable that the discussion would turn to last Friday’s match in Turin: "We’re angry that we lost. We want to make up for it immediately in front of our fans. This is especially the case tomorrow given a Round of 16 spot is at stake. When you wear this shirt you always have to have the highest aims. We matched Juventus but we just couldn’t find the back of the net. We did create chances, however. If you don’t take your chances it can cost you dearly. We need to be a bit more clinical and learn from our mistakes so that we can continue to grow."

He finished by talking about fellow defender Vrsaljko: "I get on well with him. We’re part of a great team and it’s only right that there is competition for places at a club like Inter. It’s disappointing that Sime has had injury problems because if you want to do well every three days you have to have more than one player for the same position."

Next
Spalletti: "The PSV match is the most important one since I've been here"