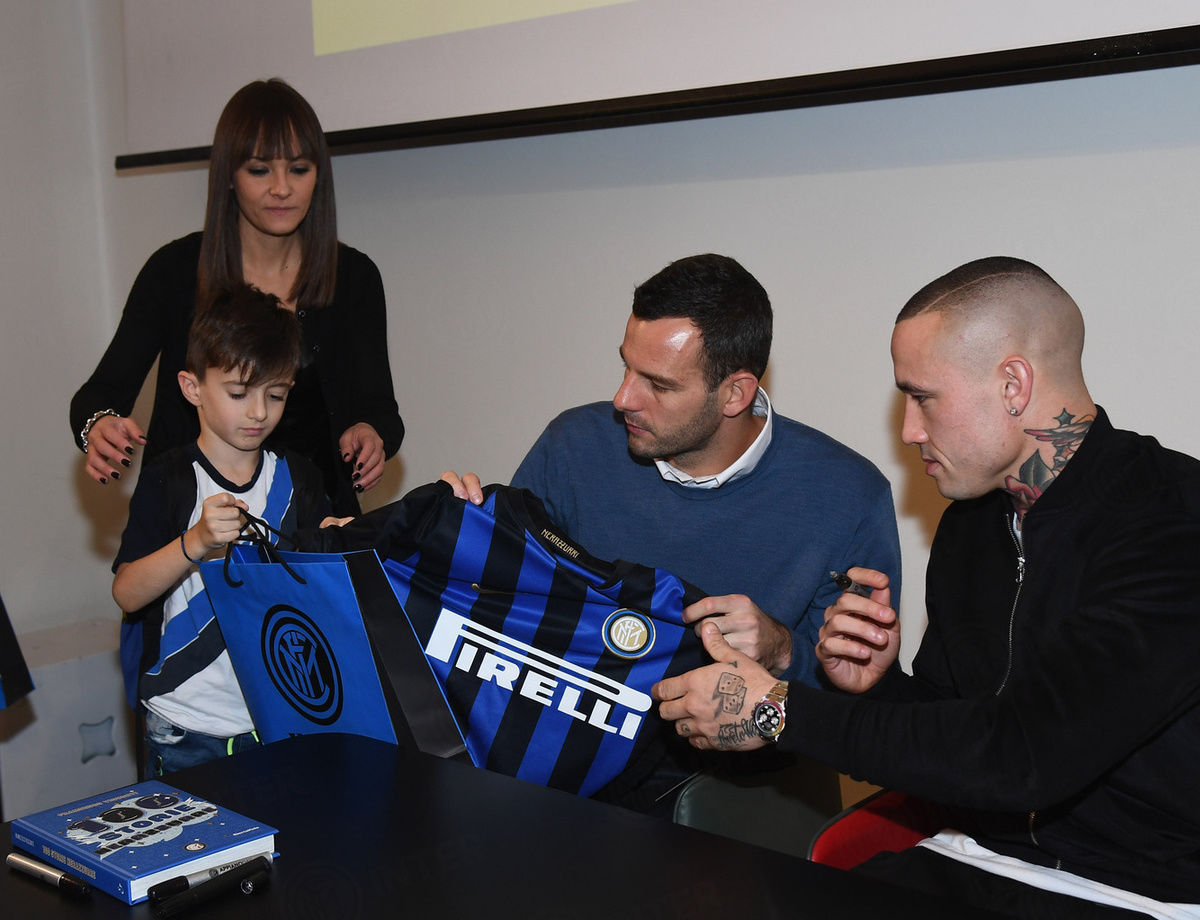 MILAN - Both Samir Handanovic and Radja Nainggolan were present at the Mondadori Megastore in Piazza Duomo on Wednesday, as they met with the group of young lucky winners of a competition put on by Mondadori and Inter. The Nerazzurri duo both took part in the reading of four of the 100 stories present in '100 Storie Nerazzurre'.

In addition to their own tales, Handanovic chose to tell Water Samuel’s story, while Nainggolan opted for that of Maicon – a pillar of Inter’s Treble-winning team and also a former teammate from his time at Roma.

The pair were also available for photos and autographs for all of the young fans there, while also answering a whole host of questions.

Next
Abisso confirmed as the referee for Inter vs. Udinese

Farris: "Disappointing given the chances we had, but it wasn’t easy after Wednesday"

Inter train ahead of first away game of 2022