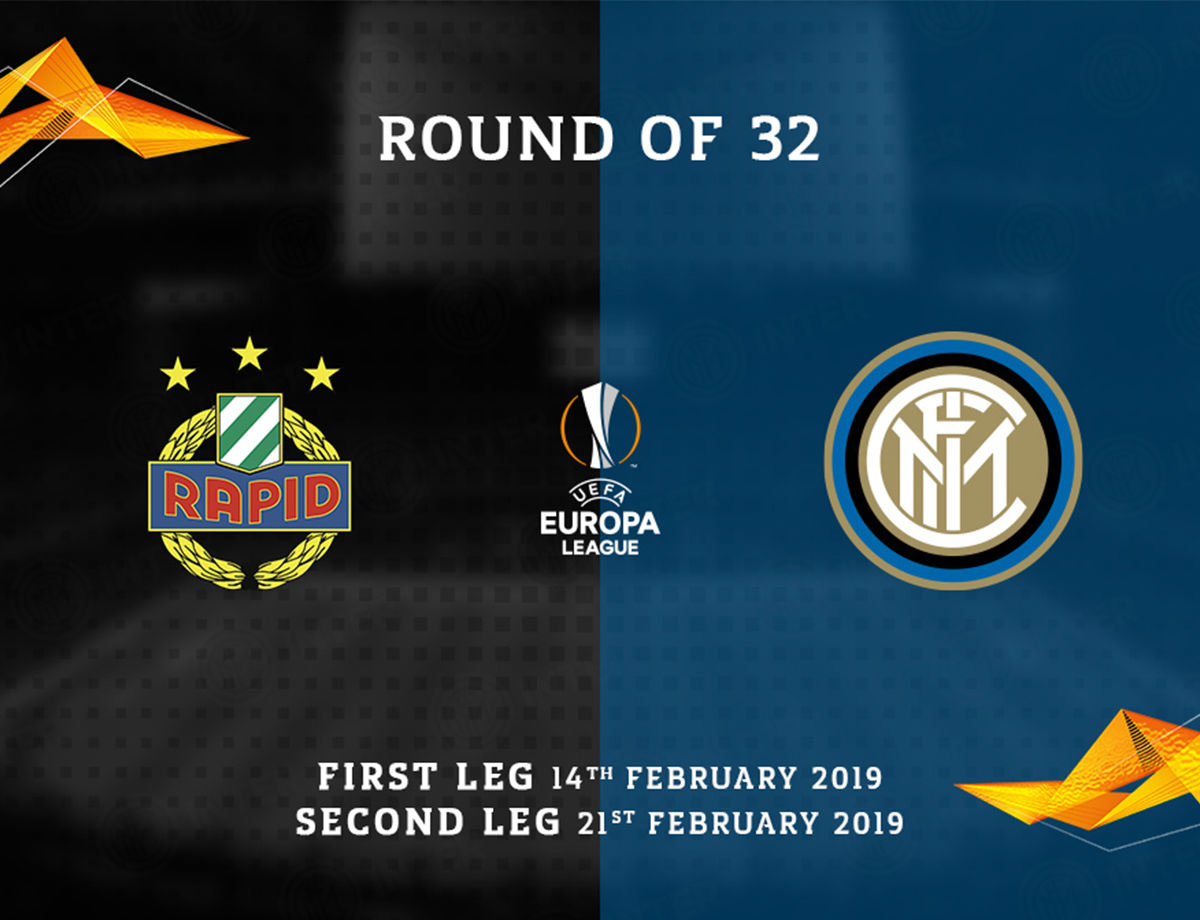 UEL, INTER TO FACE RAPID VIENNA IN THE ROUND OF 32

NYON -  The draw was held today in Nyon at 13:00 CET for the round of 32 in the 2018-19 UEFA Europa League. Fixtures will be on 14 and 21 February. Luciano Spalletti’s Inter who were a seeded side were drawn against Rapid Vienna who finished second in Group G behind Villarreal. The Nerazzurri’s first match will be in Austria before the second leg at San Siro.