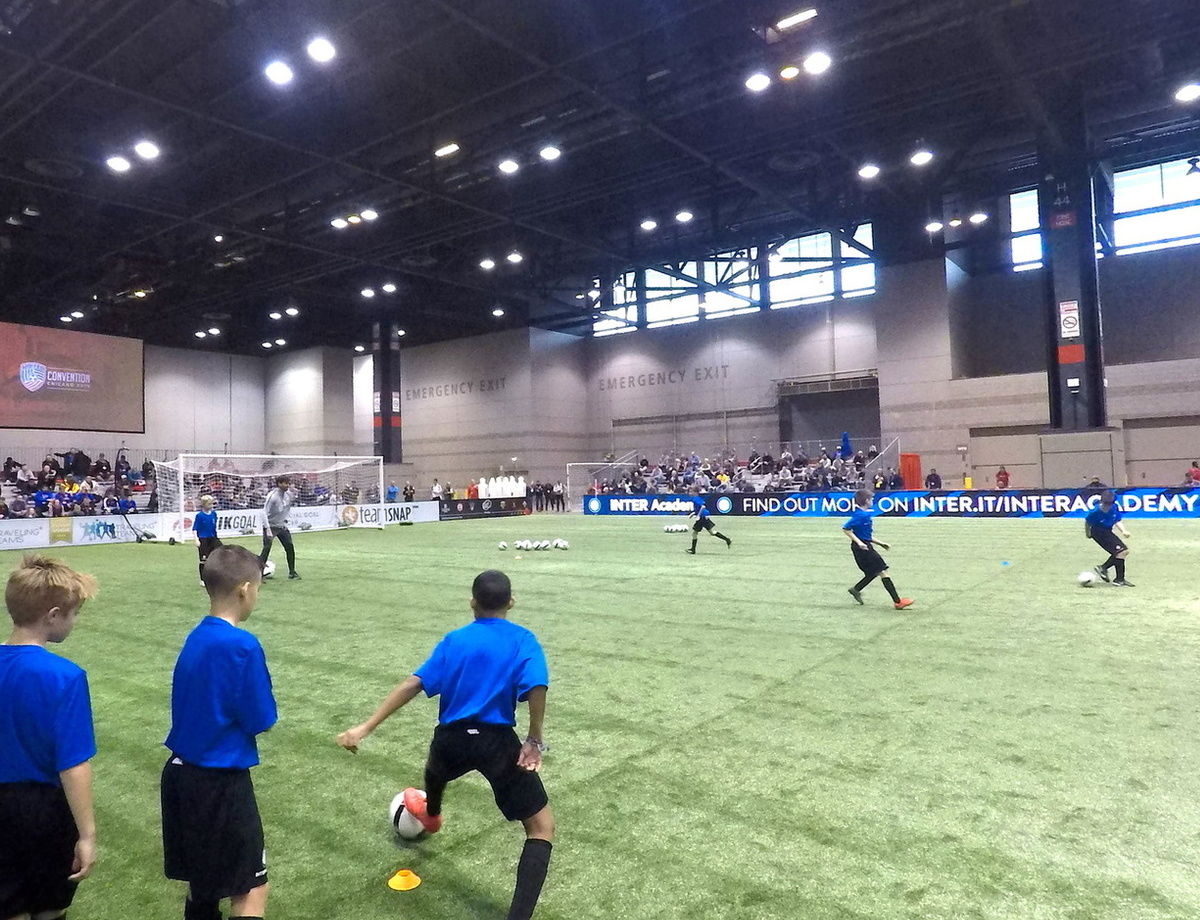 The Nerazzurri were the only Italian club to take part in the event, sending a delegation to Chicago to discuss the Elite Academy's training methods

CHICAGO - For the second consecutive year, Inter were the only Italian club to attend the United Soccer Coaches Convention – one of the biggest annual gatherings for coaches and directors. This edition, held in Chicago, catered for a total of 6,300 coaches and over 13,000 individuals involved in America’s footballing movement – as well as teams from Major League Soccer and the National Women Soccer League.

Among the organisations present, there were also representatives  Manchester United and the French and Croatian Football Associations – who were both finalists in the last World Cup. The success of Inter Academy across the globe ensured that a Nerazzurri delegation took part in this latest event, as they shared training methods from the Elite Academy and addressed themes concerning the development of new athletes and coaches.

During the conference’s second day, Inter didn’t just cover theoretical aspects but were also in action out on the pitch. Following the involvement of Barbara Biggi to address the institutional aspect (Director of Global Youth Business for FC Internazionale Milano), it was then Paolo Migliavacca (Grassroots Technical Coordinator for the Elite Academy) who focused on the sporting side of things, looking specifically at high-intensity training for children aged 8-14. Meanwhile, Andrea Ratti (Inter Academy Head Coach), presented the excellent results that have been achieved by Inter Academy, paying close attention to our projects in Argentina and Japan.

Next
Primavera 1 TIM: Official line-ups for Inter vs. Atalanta