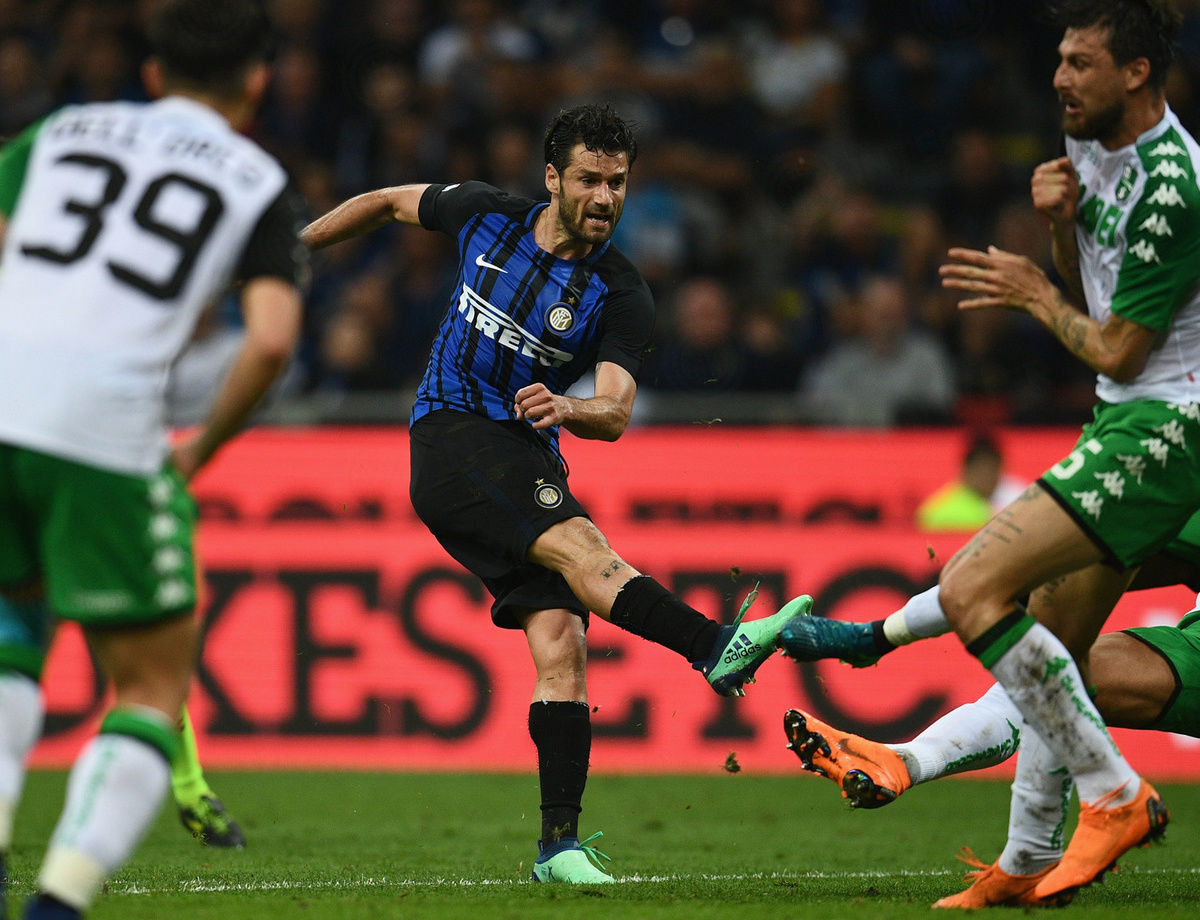 INTER VS. SASSUOLO: STATS AND TRIVIA

In collaboration with Opta, here are all the stats for Saturday's game at 20:30 CET

MILAN - Following our emphatic Coppa Italia victory, Inter are now preparing to make their Serie A return at San Siro. In view of our upcoming match vs. Sassuolo, we’ve teamed up with Opta to provide you with all the relevant stats and trivia.

Inter have triumphed over Sassuolo in four of their last 11 meetings in Serie A, two of these by a 7-0 scoreline. So far, two of the Neroverdi’s three-heaviest defeats in Serie A have been against the Nerazzurri.

So far this season, Inter are joint-top with Cagliari in terms of headed goals (seven). Their last headed goal was against Roma at the Olimpico, while they haven’t struck at home since November against Frosinone. This season, no other team has scored more goals from crosses than Inter: 10, which is six more than Sassuolo. The Nerazzurri have also attempted the most crosses (432) and corners (147) this season.

Mauro Icardi has scored four goals in eight Serie A matches against Sassuolo, including his first Nerazzurri hat-trick back in September 2014 during a 7-0. Icardi has scored nine goals in Serie A so far. During the first half of 2017-18, he scored 17 (50 percent of the team’s total), while he bagged 14 during this same spell in 2016-17. The last time he scored as few goals was during the first half of a campaign was in 2015-16 (eight).

Stefan de Vrij scored in his last home game against Sassuolo in Serie A, coming during a 6-1 win for Lazio in October 2017. Meanwhile, Lautaro Martinez, who made his Serie A debut during the first half of this season, has so far played a part in four goals (three goals and one assist) in six league appearances at San Siro.

Ivan Perisic hasn’t scored in his last seven Serie A appearances at the Meazza (his last goal coming against Torino in August). Among those with at least six appearances, Marcelo Brozovic has the highest average of completed passes over 90 minutes (106). Samir Handanovic is the goalkeeper with the highest percentage of saves in Serie A so far. With 10, he also has the highest number of clean sheets, which is at least three more than anyone else in Serie A.

The team get to work ahead of Inter vs. Fiorentina | PHOTOS

Countdown to Inter's first competitive action of the season