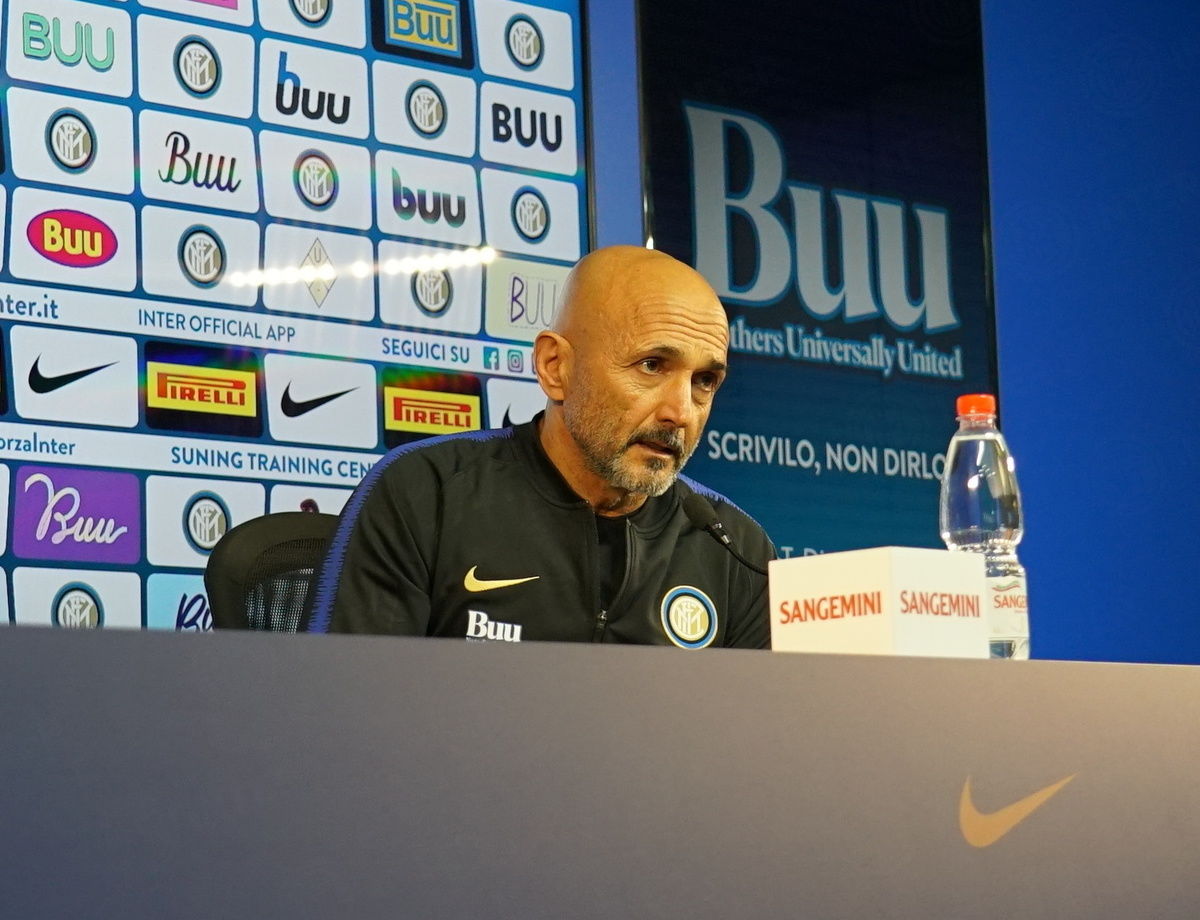 SPALLETTI: "WE ARE INTER AND WE HAVE STRONG AMBITIONS"

The Nerazzurri tactician on the eve of tomorrow's match vs. Sassuolo: "We want all three points against the Neroverdi"

The Nerazzurri tactician’s first comments were linked to the BUU – Brothers Universally United campaign: “It’s a way in which the club has transformed an ugly episode into a great opportunity, definitively distancing itself from those who enact such negative behaviour inside the stadium. Interisti have always been Brothers of the World and the message launched by the club today fits this mould exactly. We're counting on the collaboration of our splendid support, who’ve always proven to be on the right side. The thousands of children that will be present at the stadium tomorrow can help spread a positive message – they are the ones that represent the future of our sport. I hope that every football club can share our message because we all want to eradicate racism.”

As for on-field issues, Spalletti continued: “I want to praise the Sassuolo hierarchy for the great work that they’ve put in over the past few years. They play good football and they’re convinced of their footballing beliefs – I congratulate De Zerbi. We’ll start again in the league based on our daily work. We want to express our attacking style of play against every opponent, even if we haven’t been at our best during the last few matches. We must be more consistent to ensure that we’re the type of team that we have in mind. In this sense, the win against Benevento demonstrated that we’re growing because it was a match that we could’ve underestimated. Sassuolo our bugbear? This is only added motivation for us. Mine and the team’s objective is to go and get all three points.”

When discussing his expectations for the second half of the season, Spalletti said: “I don’t know how many points we’ll pick up in the second half of the season, but we must not place any limits on ourselves. We are Inter, we have strong ambitions and we want to achieve the best as possible. We want to win titles, it’s been too long for a prestigious club like Inter not to secure any silverware. However, it won’t be easy because there are many strong opponents, Napoli for example. They’ve finished ahead of us in recent years, but we’ve also deservedly beaten them.”

In regard to individuals, Spalletti added: “De Vrij? He’s a great professional and a top player. So far he’s done what we expected from him. He’s got great quality, technique, he knows how to defend and he’s also got character and physical strength. The club did well to sign such a top player. Keita? It’s a shame that he’s picked up this injury. He was enjoying a good spell but our squad can overcome any absence. Nainggolan? He’s getting back to his best in terms of fitness. For him to make the difference he needs to be at his best physically. He’s sorry that he wasn’t at his best during this recent period, but he’s now returning to what we all expect him to be and he’ll demonstrate this from now until the end of the season.”

To conclude, the Coach also addressed the many rumours that inevitably arise during the transfer window: “There’s absolutely no confusion within our club. We’re right in the middle of the winter transfer window so we accept all of the names and speculation that comes our way, as it always does. On social media, those at Inter must be aware that messages are open and are read by everyone. In this regard, Ranocchia’s message in the week was wonderful. He demonstrated that he cared for the good of Inter more than himself.”