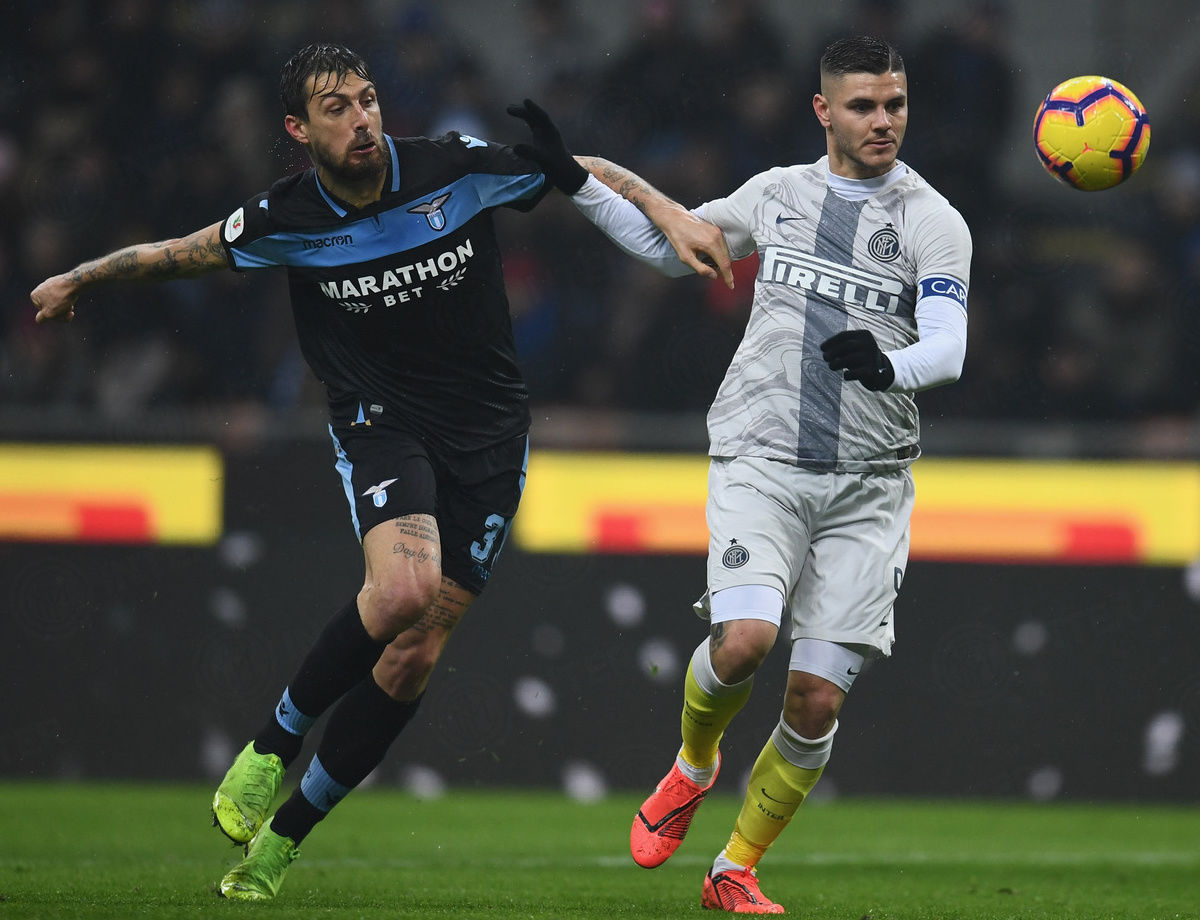 INTER DEFEATED ON PENALTIES AS LAZIO PROGRESS TO THE SEMI-FINALS

MILAN - Inter’s run in the Coppa Italia has come to an end in the quarter-finals. After 90 minutes of regular time and 30 minutes of extra-time, it finished 1-1. Both goals came in the second half of extra-time. Immobile opened the scoring before Icardi converted from the spot with the final kick in the 125th minute but Lazio won the shootout to progress to the semi-finals.

In the early exchanges, the visitors saw more of the ball but the first chance of any real note fell for Inter. In the 15th minute, Gagliardini won the ball in midfield to launch a move that ended with Brozovic hitting a powerful but inaccurate volley. In the 20th minute, Correa fired from inside the Inter box but Miranda used his body to block. Around the half-hour mark, there were two good chances for Lazio. First, Handanovic kept out a Luis Alberto effort from Correa’s cross before saving a powerful Immobile shot with his legs.

The Biancocelesti were on the front foot again in the 33rd minute. Luis Alberto crossed from the left and Milinkovic-Savic’s header narrowly missed the target. In the final minutes of the first half, the home side managed to get further up the pitch but without creating any real problems for Strakosha. The scoreline was 0-0 when the teams went off at the break.

After the interval, Spalletti sent on Vecino in place of Gaglardini, with the Nerazzurri pressing ahead and having some positive chances early in the second half. First, Candreva attempted to tee up Joao Mario, while substitute Vecino then tried his luck from distance.

The Biancocelesti soon responded, as Luis Alberto shot over and Milinkovic-Savic forced an attentive save from Handanovic. The 62nd minute saw a fantastic chance for Inter, as Strakosha kept out a long-range strike from Joao Mario before Candreva missed then target from close range. Looking to make amends, Candreva soon after whizzed past three Lazio defenders yet struck his fierce shot wide. A further change then followed for the Nerazzurri, with Lautaro Martinez replacing Joao Mario.

As the game entered its dying stages of normal time, Handanovic produced two miraculous saves to keep out both Caicedo and Immobile. His counterpart Strakosha was also called into action to prevent Politano scoring from close range, while Lautaro missed the target on the follow-up.

The full-time whistle soon arrived with the game still goalless and the game destined for extra-time.

Both teams continued to strike glancing blows after the 90-minute mark, with Icardi testing Strakosha with a header and Handanovic then keeping out Caicedo once again. Come the second period of extra time, Spalletti brought on Nainggolan and Cedric in place of Politano and Candreva.

Shortly after, Lazio broke the deadlock in the 108th minute, Immobile the scorer after a decent interchange with Caicedo. Inter looked to respond through Nainggolan in the 113th minute, although the midfielder’s effort flew over.

With the match all but finished, the San Siro then shook in the 122nd minute after the referee awarded Inter a penalty for a Milinkovic-Savic foul on D’Ambrosio in the box. Icardi then levelled things in the 125th minute with an ice-cool spot-kick, duly sending the quarter-final to penalties.

The lottery of spot kicks ultimately went in favour of Simone Inzaghi’s side, who’ll now progress to the semi-finals. Brozovic, Icardi and Cedric all scored for Inter, while Handanovic also produced a top save to stop Durmisi. Lautaro Martinez and Nainggolan both missed for the hosts.

Our focus now turns immediately to Sunday, then the Nerazzurri will face Bologna at San Siro on matchday 22.

Next
Spalletti: "We were too frantic early on, then it was balanced."