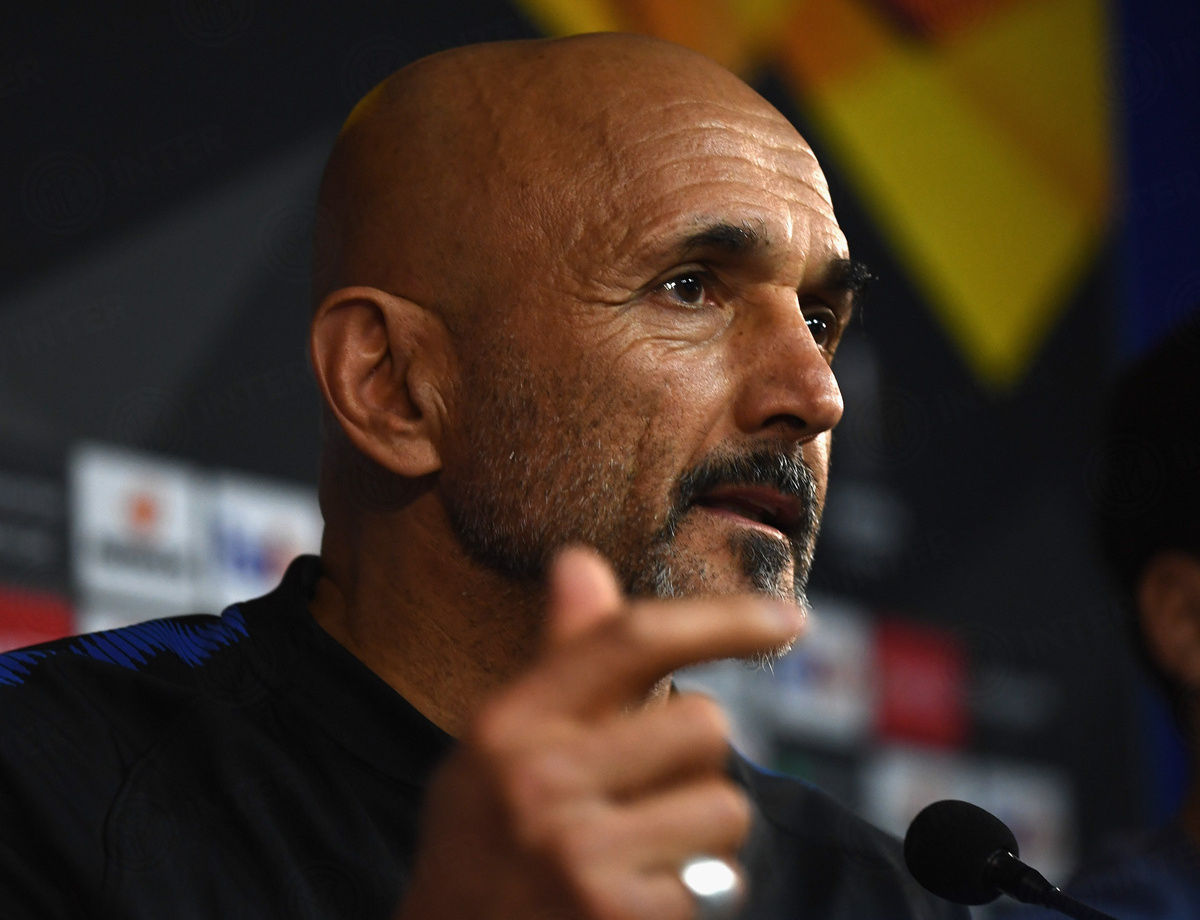 SPALLETTI: "OUR PLAYERS ALWAYS WANT TO GIVE SOMETHING EXTRA"

The Nerazzurri Coach ahead of the Europa League fixture: "Rapid will want to take the initiative, we must be careful and fight to qualify"

APPIANO GENTILE - Ahead of the second leg in the Round of 32 Europa League tie between Inter and Rapid Vienna, Luciano Spalletti spoke at the pre-match press conference. "In the second half, they showed that they have quality. When we tried to push the match in a certain way so that we’d be in a more advantageous situation, they played with more freedom. The result means that they don’t have to think too much about the tactics or what they need to do but they need to come out and play so we must be careful."

"They won in Moscow and it’s not easy to do that. We still have to fight to make it through.

"Lautaro and Icardi are very similar, they’re both central strikers. Like all strong players, they can coexist. When you’re at such a high level, you can play together. One is better inside the box while the other is better at dropping deeper.

"Our players are always looking to do better. From the coach’s perspective, it’s great to work with players who have such a strong mentality.

"Are we the favourites? The match itself will say if we’re up to the level of what the Club, the fans and the history of this shirt demand."

"The team has paid attention to the details that make the difference. In the league, we’ve picked up two important wins as we look to defend third spot. To make the next round would demonstrate how well these players are working. To get something extra from the players who’ve featured less is an added bonus.

"Keita is a big absence for us, we hoped to have him back for tomorrow but that won’t be the case."

Next
UEL, Candreva: "We want to go as far as possible"