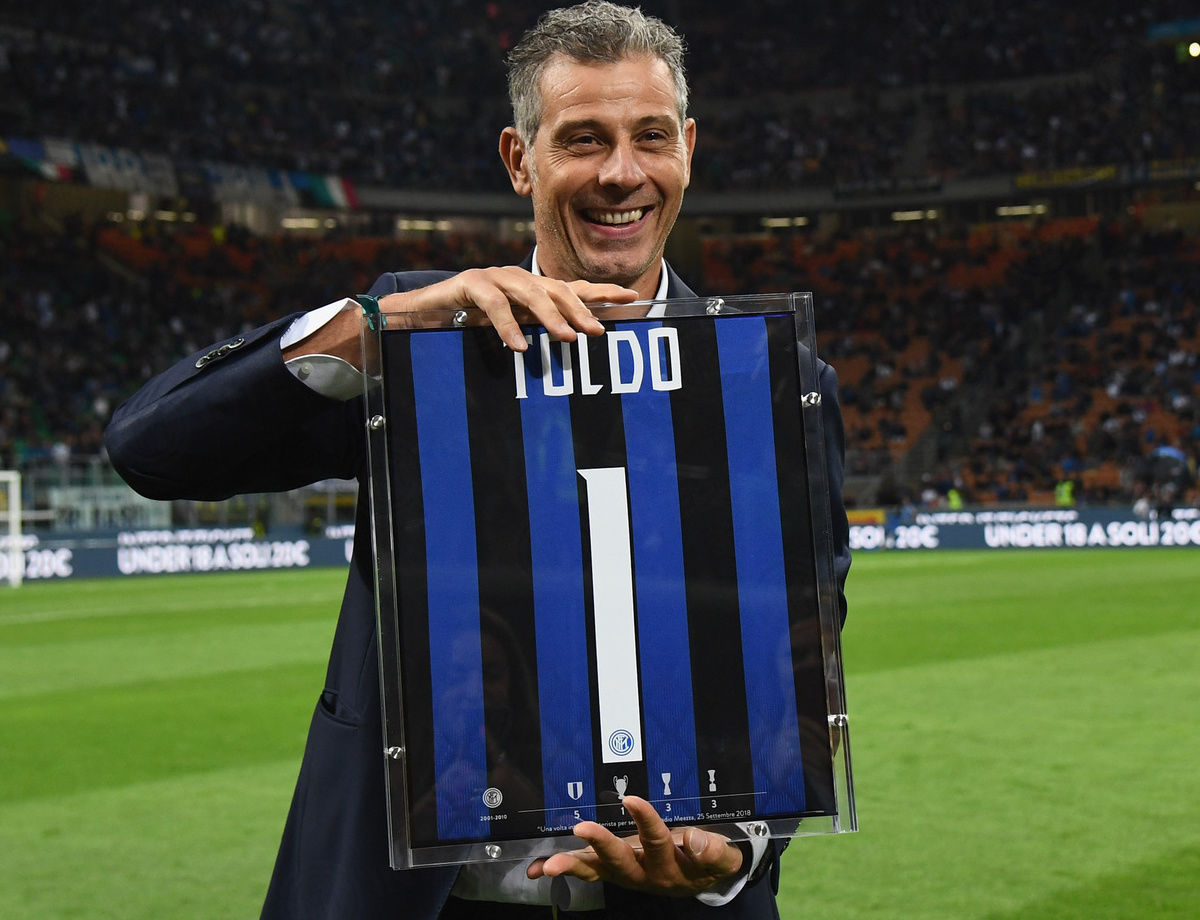 TOLDO: "IT'LL BE AN HONOUR TO PLAY AT THE NEW TOTTENHAM HOTSPUR STADIUM"

The Head of the Inter Forever project on the eve of the match against Tottenham Legends: "We can't wait to test out the turf at this new stadium"

MILAN – Francesco Toldo will officially have 18 players at his disposal for Spurs Legends vs. Inter Forever. The highly-anticipated clash at Tottenham’s new, pioneering stadium will take place on Saturday 30 March 2019 at 17:30 CET. It will be possible to follow the match live in Italy on Sky Calcio and also on the Nerazzurri’s official Facebook page.

"We’re honoured that we’ve been chosen by Tottenham to baptise their new stadium." This is what Inter Forever Coach Francesco Toldo had to say to inter.it before the legends’ departure for the British capital. He continued: "The Tottenham Hotspur Stadium is undoubtedly one of the most modern and spectacular stadiums in the whole of the United Kingdom. We can’t wait to take to the pitch and play there. I think a lot of professional footballers will be envious of us – they also can’t wait to play at the stadium for the first time. Now that I’ve received confirmation, I’m particularly excited to reveal a nice surprise for our fans: José Mourinho will come along and greet our team at our training camp in London and will then follow the match from the touchline alongside us."

The following is a list of the Nerazzurri players who will be involved along with the shirt numbers they will wear:

Next
A focus on tactics and ball possession as Inter vs. Lazio draws nearer

Inter Rewind | Ronaldo and Vieri among the goals against Verona