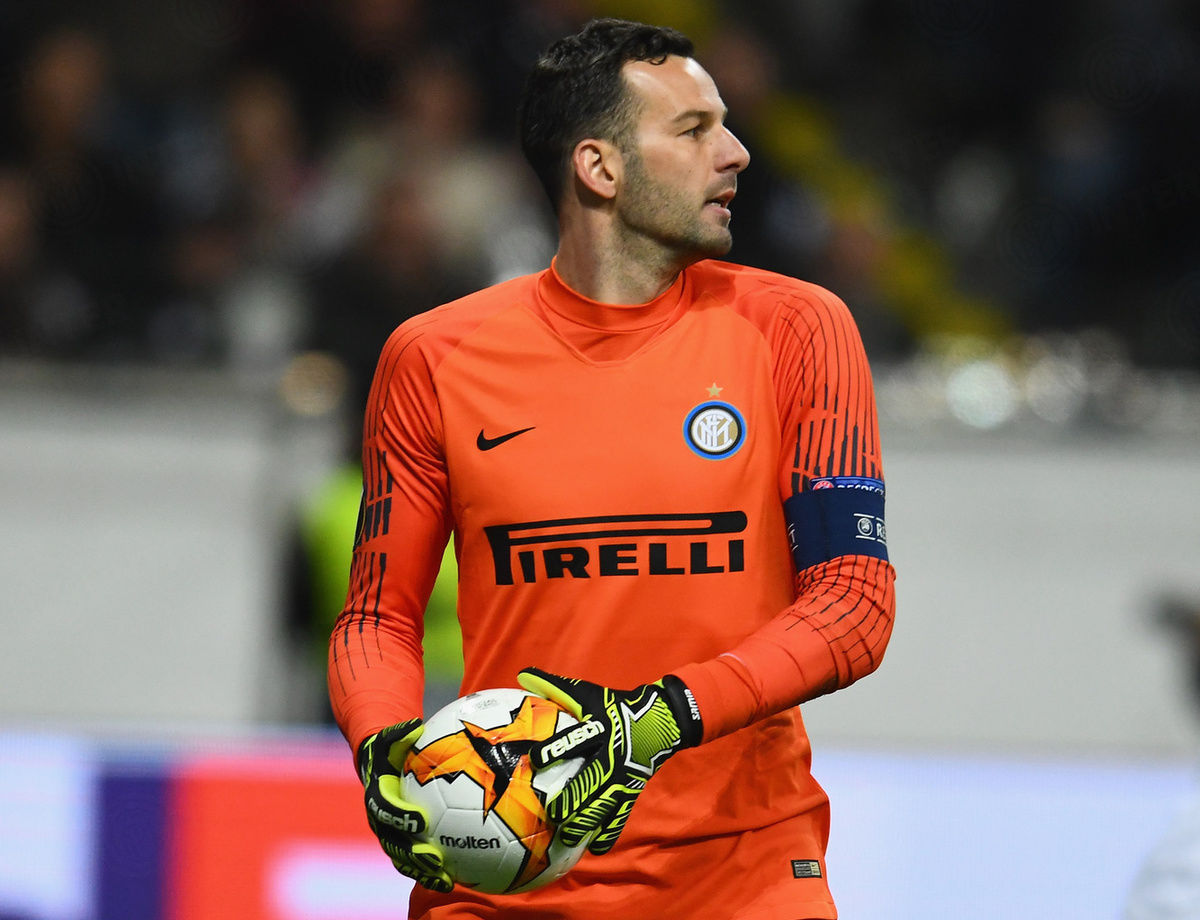 FRANKFURT - The first to respond to questions was Coach Spalletti during his press conference: 'I expected the lads to show something extra during the match.' His team return from Frankfurt with a 0-0 draw but also with the awareness that this Inter team can fight, suffer and dictate play against one of the most in-form teams in Europe, particularly thanks to what was on display in the first half. Qualifying for the quarter-finals remains in our hands.

It was not only Trapp's penalty save that influenced the result at the Waldstadion against Eintracht. In general, it was an intense 90 minutes, a battle shared in terms of possession but with the Nerazzurri boasting a better pass competition rate (71 per cent). Furthermore, our impressive play up front was thanks not only to the impressive work-rate of Lautaro Martinez but also due to the usual contributions of Borja Valero and Brozovic. El 'Toro' fought like a lion. He committed two fouls (picking up a booking that rules him out of the second leg), was fouled three times and also completed 76.7 per cent of his passes. Brozovic brought quality in possession with a pass success rate of 84.1 per cent, 37.7 per cent of which were played forward. A great response from him after the disappointment of missing from the spot.

The backline is also worthy of credit. During a second half in which Eintracht improved as time went on, Handanovic & co held firm. Our goalkeeper was able to keep everything out but De Vrij's performance also warrants a mention. Stefan was a real brick wall, winning the ball back on eleven occasions and making two interceptions. A true warrior's display.

Next Thursday at 21:00 CET, Inter will need to win at San Siro to make the quarter-finals. With this unity and will to fight, we can do it if we display the attacking quality shown during the first half tonight. Together, with the support of our fans. A large crowd is already expected for Sunday (at least 58,000) for the match against SPAL.

Next
A special exhibition for Inter's birthday

Choose your MVP from Inter vs. Torino!

Lautaro: "I really wanted that goal"