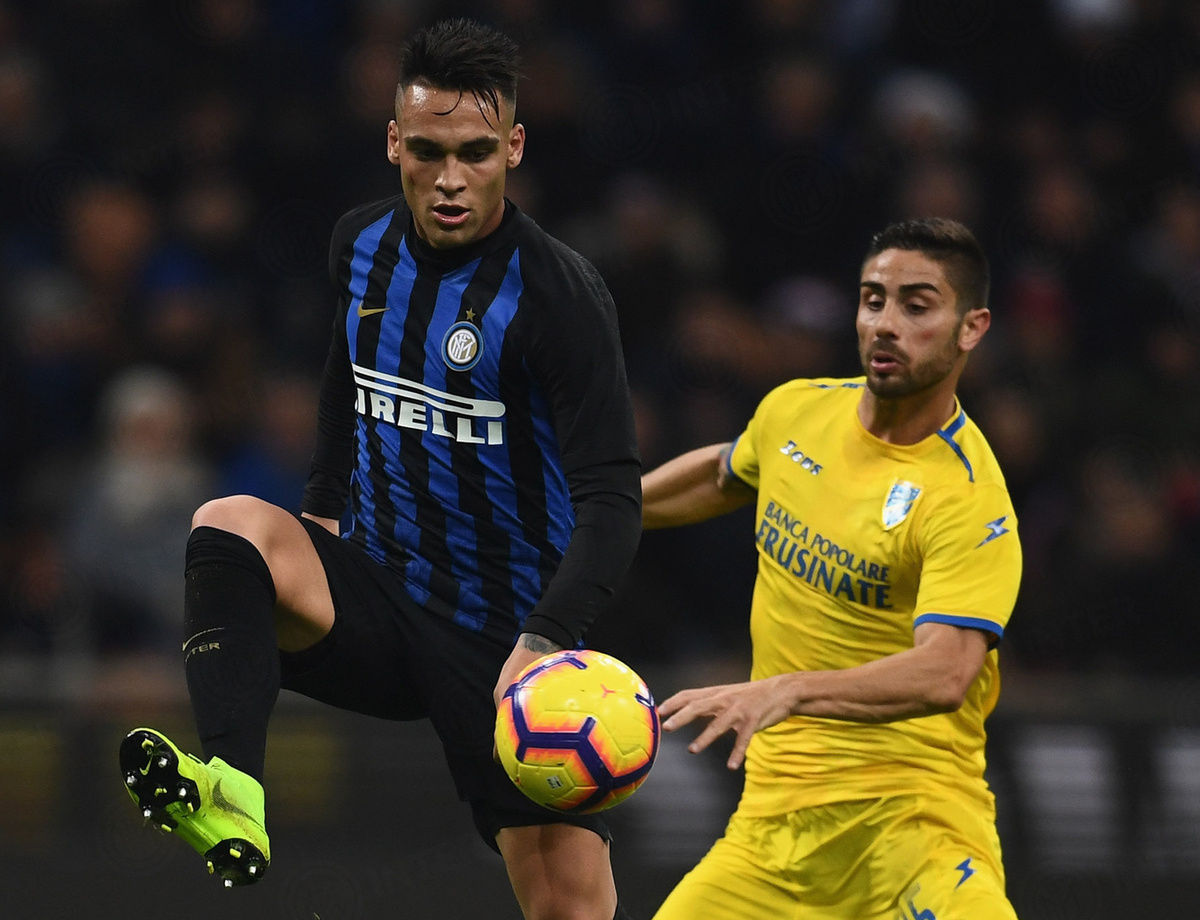 STATS AND TRIVIA AHEAD OF FROSINONE VS. INTER

All the figures for the match at 20:30 CEST on Sunday

MILAN - There are seven games left to go in the season with three on the road and four at San Siro. With the season entering the final run-in, Inter are preparing for action on Sunday night with kick-off at 20:30 CEST at the Stadio Benito Stirpe in Frosinone.

Together with Opta, here are the statistics and pieces of trivia looking ahead to the fixture which has only seen one previous meeting of the two sides in Frosinone. On 9 April 2016, the Nerazzurri won 0-1 in the 32nd round of Serie A TIM fixtures thanks to a Mauro Icardi goal which was the Argentine’s 50th for Inter.

Frosinone are going into the game on Sunday night after two consecutive wins, the first time they have done so all season. Six points thanks to Daniel Ciofani goals in both games have reignited the Ciociari’s hopes of beating the drop. Inter have also won the last two away games.

34 per cent of the Nerazzurri’s goals - 16 from 47 - have come in the final 15 minutes of games while Inter's nine goals from corners is the second-highest total in the league.

Out of the youngest players to have scored at least five league goals, Lautaro Martinez and Andrea Pinamonti’s sides are set to meet with the latter having played a role in four of Frosinone’s seven last Serie A goals. For the Argentine, the previous meeting was the first in which he scored a goal and provided an assist over the course of 90 minutes.

Keita Balde also scored and registered an assist in that game and his brace in November meant that he has scored three in his last three appearances against Frosinone.

Matteo Politano has also been on song against Frosinone, contributing to goals in his two Serie A appearances against them. He scored at the old Stadio Matusa in 2016 for Sassuolo and tallied an assist in the previous meeting this campaign.

Next
Technique and tactics in view of Frosinone fixture

Heading towards Inter vs. Juventus: the team in training | THE PHOTOS

Bastoni: “We will play as a team against Juventus, we are focused”