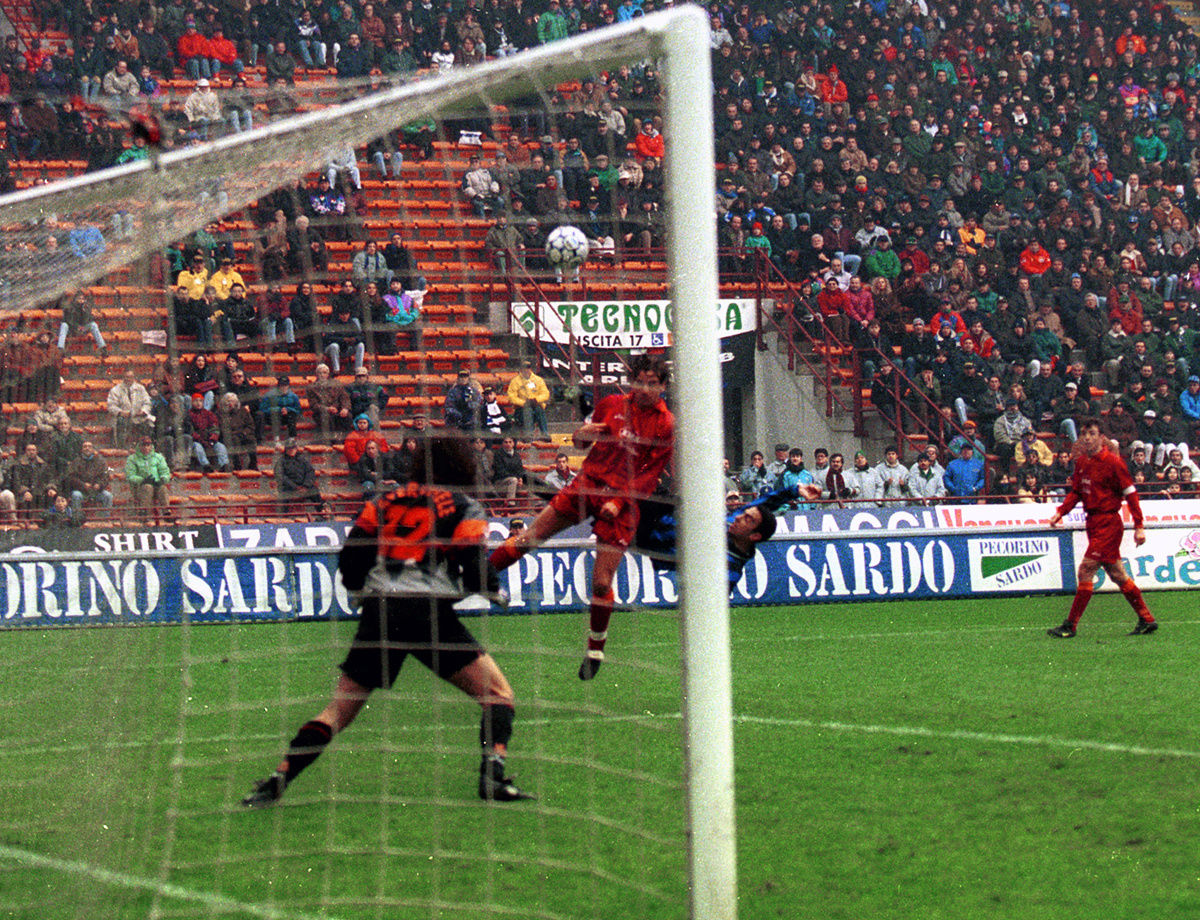 INTER VS. ROMA, LOOKING BACK AT THE PREVIOUS GOAL-FESTS

MILAN - We face Roma at 20:30 CEST on Saturday 20th April in the 33rd round of Serie A fixtures. Click here for ticket info. It’s always been a match-up full of drama and goals. there have been 33 league matches in Milan in which one of the sides has scored at least three goals. The first encounter was back in 1927. Meazza was in the Nerazzurri team who were coached by Árpád Weisz and it finished 3-3. More recent meetings have also been spectacular, high-scoring affairs and some have been true classics. It’s easy to look back to 5 January 1997. It was a great way of starting the year for the Nerazzurri but a glorious afternoon for all football fans. That was the match in which Youri Djorkaeff scored the glorious bicycle kick that went down in history.

There were a lot of goals in 1998 with some big names getting on the scoresheet in a 4-1 win: Cauet, Zamorano, Roberto Baggio and Javier Zanetti. It was Zanetti again who made his mark in February 2008. During a clash in the Scudetto race, he scored the goal to make it 1-1 with time running down, leaving Doni with no chance with a powerful shot from outside the box. That stunning strike helped launch Inter towards the title. The following year, he scored the winning penalty to claim the Supercoppa Italiana for the Nerazzurri. There have still been a number of glorious goals since 2000. There was that from Chino Recoba who was used to shining brightly against the Giallorossi. The 3-3 comeback with Balotelli and Crespo goals. In 2005, it was a Mihajlovic brace that secured the three points. In February 2011, there were eight goals scored at the Meazza. Sneijder, Eto’o (two), Thiago Motta and Cambiasso the goalscorers on that crazy night. It’s not one to miss. Click here to secure your place!