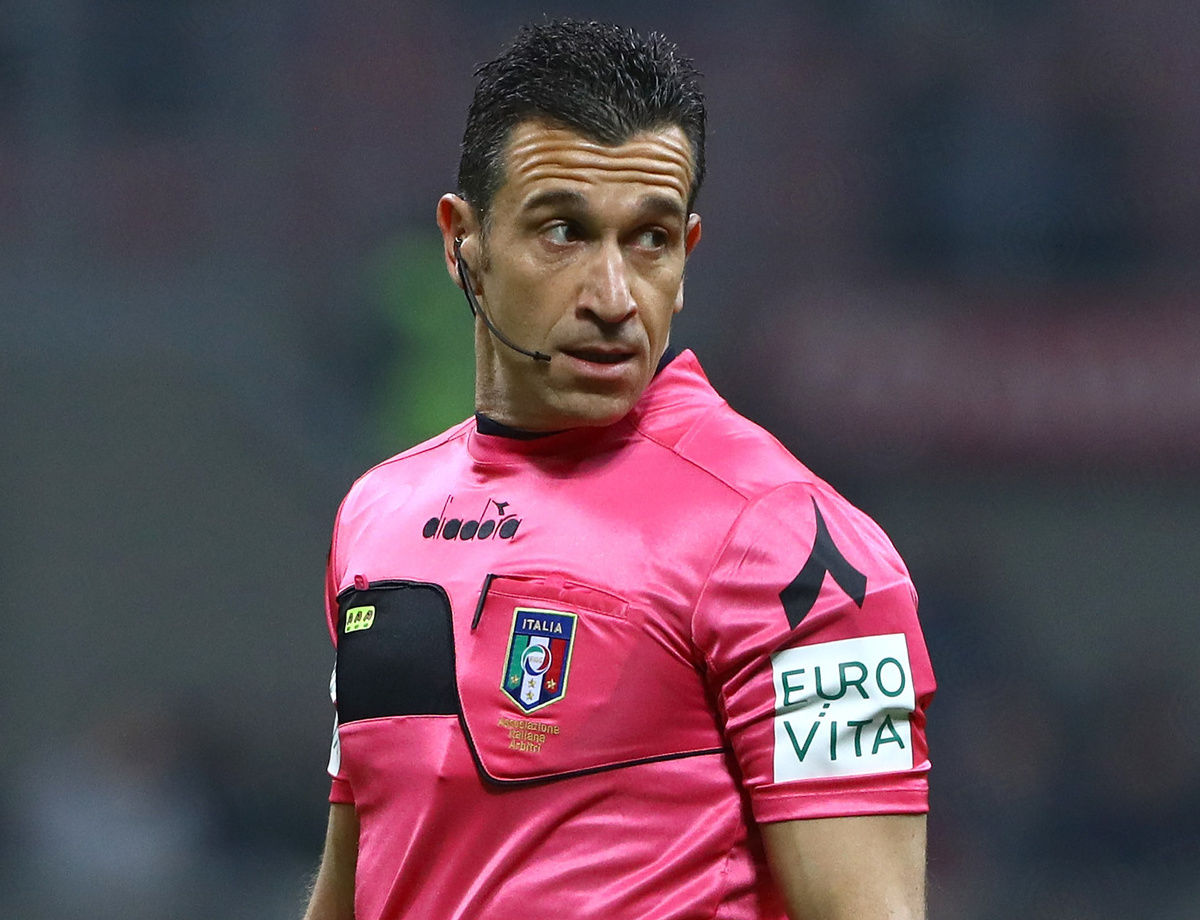 DOVERI TO REFEREE NAPOLI VS. INTER

The official from the Roma1 section will be in charge for the 20:30 CEST kick-off on Sunday

MILAN - Daniele Doveri from the Roma1 section has been confirmed as the match official for Napoli vs. Inter, a game which is set to kick off at 20:30 CEST at the Stadio San Paolo on Sunday. Ranghetti and Bindoni will assist Doveri on matchday 37 in Serie A TIM, while Di Bello has been named as the fourth official. Banti and Fiorito will be the VAR officials.

Next
Inter and Skriniar together until 2023