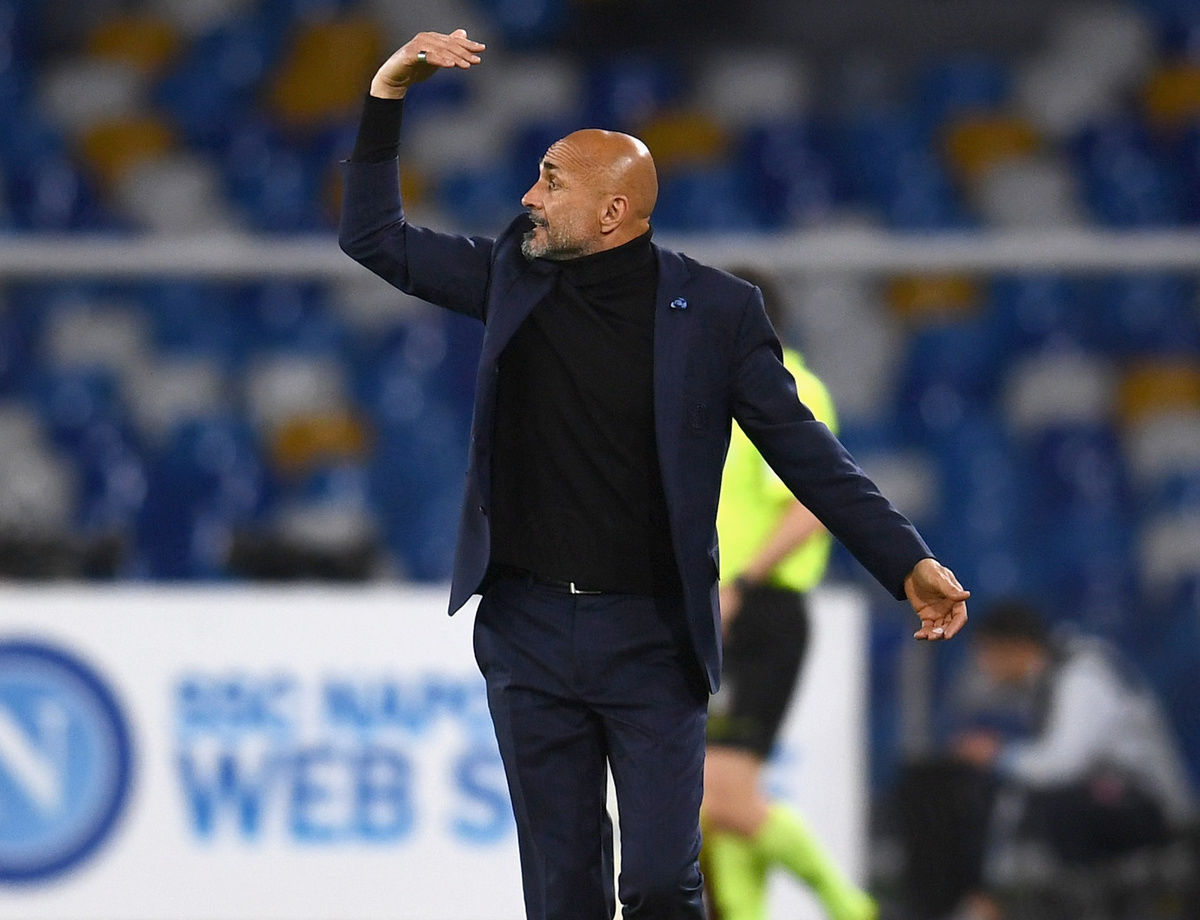 SPALLETTI: "THAT WAS UGLY BUT IT'S STILL ALL IN OUR HANDS"

The Coach after Napoli vs. Inter: "We made too many mistakes after their goal. The Empoli game will be a final, we need to show substance"

NAPLES - It was a bitter defeat at the San Paolo as Inter went down 4-1 to Napoli on matchday 37 in Serie A. "We didn’t start the game badly but then we made technical mistakes when building from deep," said Luciano Spalletti. "Their first goal came from that and we didn’t move the ball well from then on. They looked to press us quite hard and we did worse compared to other matches. I tried to do something different in the second half by playing with two strikers but Napoli kept possession more, found more open space and ran more."

"When you have a performance like that, mistakes are made all over the pitch and the problem isn’t just in one part of the team. We made a mistake which cost us a goal. We then misplaced a few too many passes and we weren’t fortunate when taking our chances. When it became stretched, they showed that they were stronger than us."

For the Nerazzurri, the last fixture of the season at home to Empoli has now become decisive: “It’s a final for us, we need to be ready to play it. We need to maintain the composure of those who know how to assess things. The team played poorly tonight but our destiny is in our own hands. We need to take to the pitch to win because it’s a crucial match for us, we'll either be in or out. We need to have the substance, composure and strength that an Inter side should have. You have to know how to withstand this kind of pressure if you wear this shirt."

Next
Napoli 4-1 Inter, the gallery