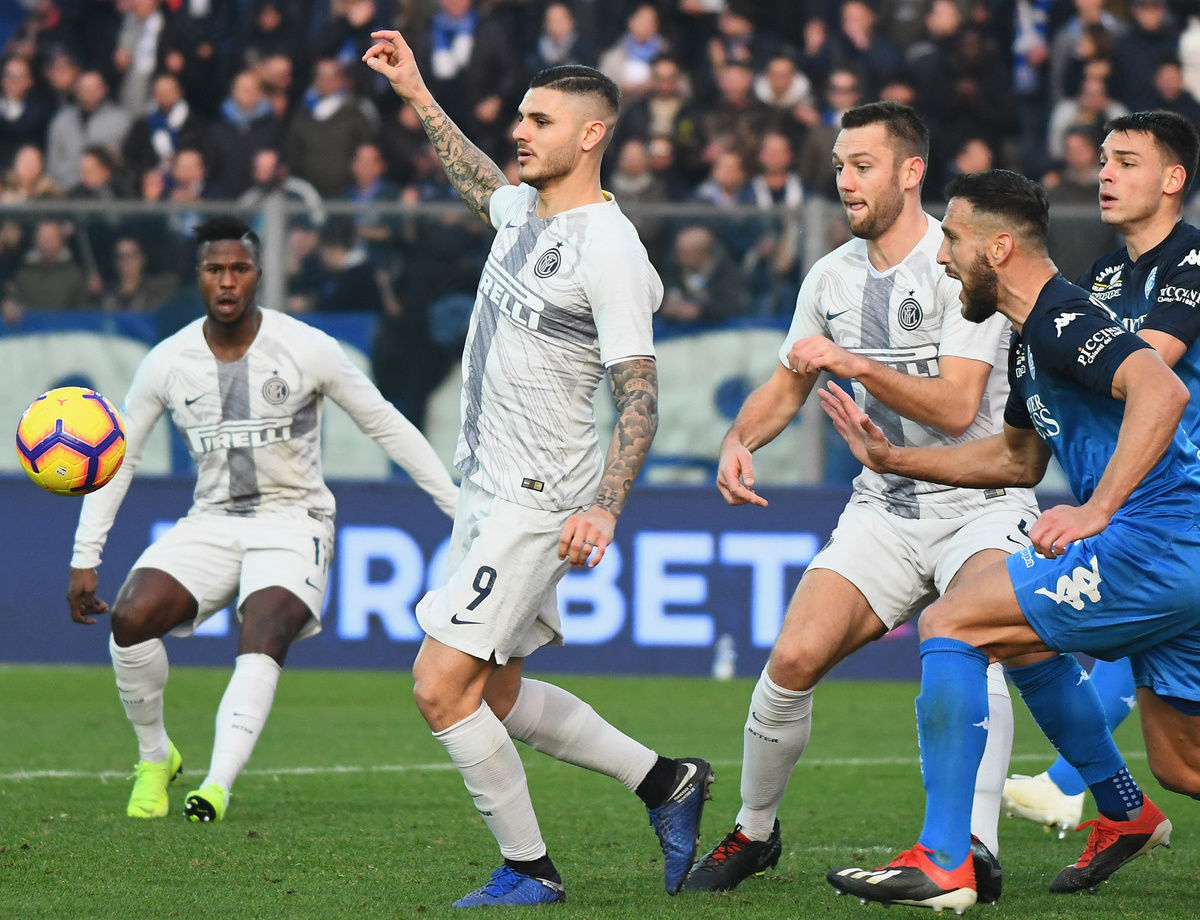 STATS AND TRIVIA FOR INTER VS. EMPOLI

All the stats before the 20:30 CEST kick-off on Sunday at the Meazza

MILAN- On Sunday night at the Stadio Meazza, Inter will host Empoli for the 20:30 CEST kick-off that concludes this season. Tickets remain on sale, click here for more information. Here are some figures and pieces of trivia ahead of the match powered by Opta.

There have been 25 previous matches in Serie A between Inter and Empoli, the Nerazzurri have won 19 and lost three in addition to three draws. Out of the sides who Inter have faced at least 15 times in Serie A, the win rate is only better against Lecce (77%) than Empoli (76%). Inter have won the last six against Empoli in the league, the longest run against any of the teams currently in Serie A. The Tuscans' last win in the top flight against the Nerazzurri was a 1-0 on 30 April 2006.

Inter’s last ten league games have seen an average of 4.9 goals per match. Empoli are the side who have claimed the fewest away points this season with eight although four of these have come in their last three away matches. Empoli have won their last three games in Serie A, the Tuscans haven’t won four in a row since December 2015 and that is their record in the competition. Inter are the team who have scored the highest percentage of goals in the final 15 minutes of games this campaign with 35 per cent (19 out of 55). No team has conceded more than Empoli on the road this Serie A season (38). Inter are the team who have played the most crosses this season (194) while only Parma (52) have had fewer than Empoli (72).

Mauro Icardi has scored three goals in two matches at the Meazza in the league against Empoli. The Argentine hasn’t scored in two consecutive Serie A matches since November 2018. The forward is the outfield player who has played for the most Serie A minutes this (2,198) and without receiving a booking.

Keita’s goal won the previous match in Empoli and it was his last in Serie A.

In the era of three points for a win, no Inter goalkeeper has kept as many clean sheets as Samir Handanovic this season (17).

Empoli were the first team coached by Luciano Spalletti in the top flight and he was with the Tuscans between 1994 and 1998. He was in charge for 34 Serie A matches in the 1997-98 seaosn, winning ten, drawing seven and losing 17.

Spalletti has won 10 of his 16 Serie A matches as a Coach against Empoli (three draws and three defeats).

Next
Madonna: "We want to be ready for the Final Four"