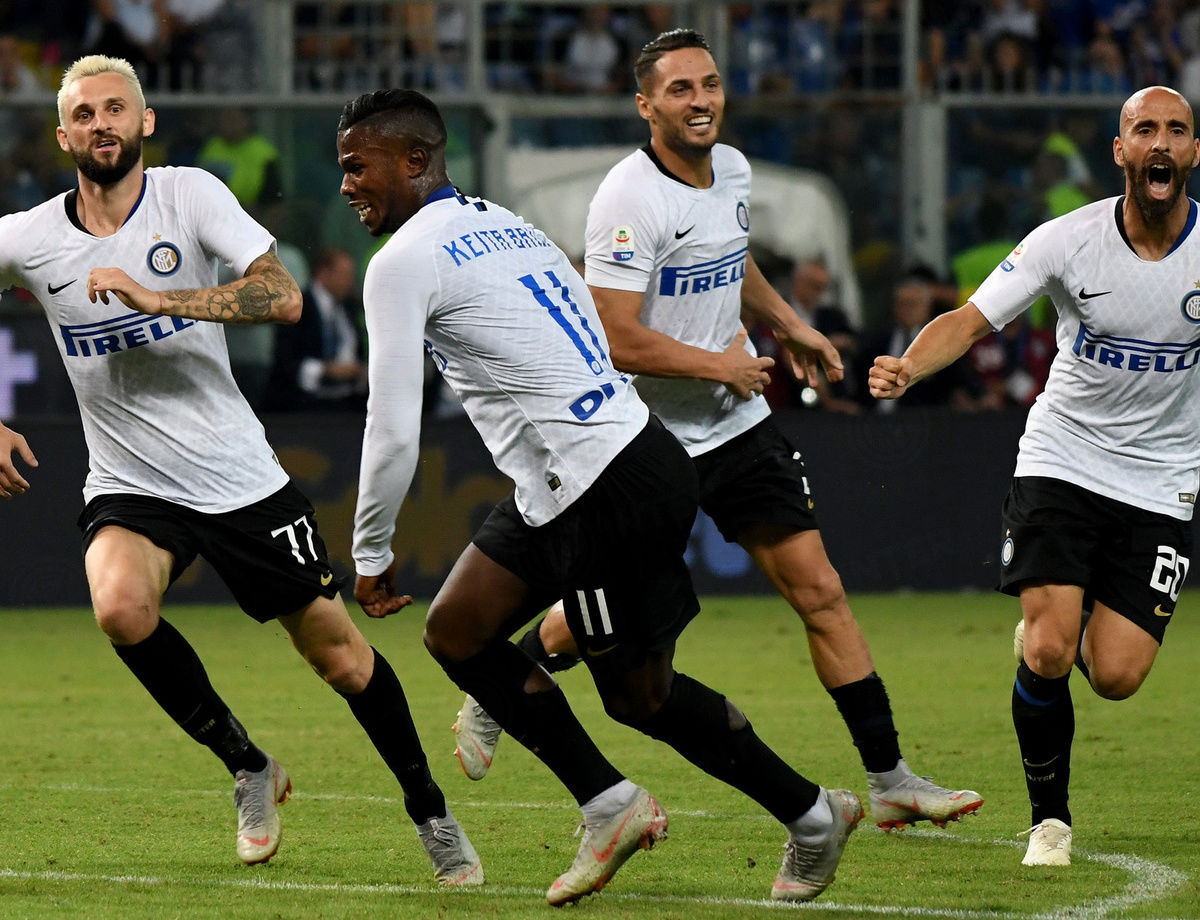 MILAN - It was a match that seemed as if it would never end, full of plot twists and contrasting emotions. Goals followed by celebrations, only then to be cancelled out by VAR. This was in addition to the visitors hitting the woodwork, and then spurning yet more chances to seal the win. However, all three points arrived in the end thanks to a last-gasp strike from Marcelo Brozovic. Sampdoria 0-1 Inter on 22 September 2018 is the subject of our latest GUESS THE MATCH quiz, published via our Instagram.

The first blow, we thought, was struck in the 43rd minute, as Nainggolan fired in a low strike into the bottom left-hand corner. However, after checking VAR the referee ruled his effort out for offside. The second half then saw a barrage of Nerazzurri chances, first with Candreva curling an effort off the post before the Nerazzurri winger then forced a fantastic stop from Audero. There was yet more VAR drama soon after, with Asamoah also finding the bottom corner from the edge of the box – only for VAR to intervene once again. However, after 16 shots on target at the Ferraris, as well as an 82.2 percent completion rate from 51 percent possession, Inter’s persistence soon paid.

The game’s eventual winner was scored after a cross from Perisic was flicked to Brozovic from Anderson, who then controlled the ball nicely and whipped in a powerful right-footed effort. It was a strike met by both joy and relief, dispatched in the 93rd minute to secure an eventual 1-0 win.

Next
FC Internazionale Milano: pre-season training in Lugano from 8th to 14th July

STORY OF CHAMPIONS | Act 3 on the European stage

Inzaghi: “We need desire and determination in this crucial game”

Skriniar: "Champions League important for Inter and the fans – we want to go through"