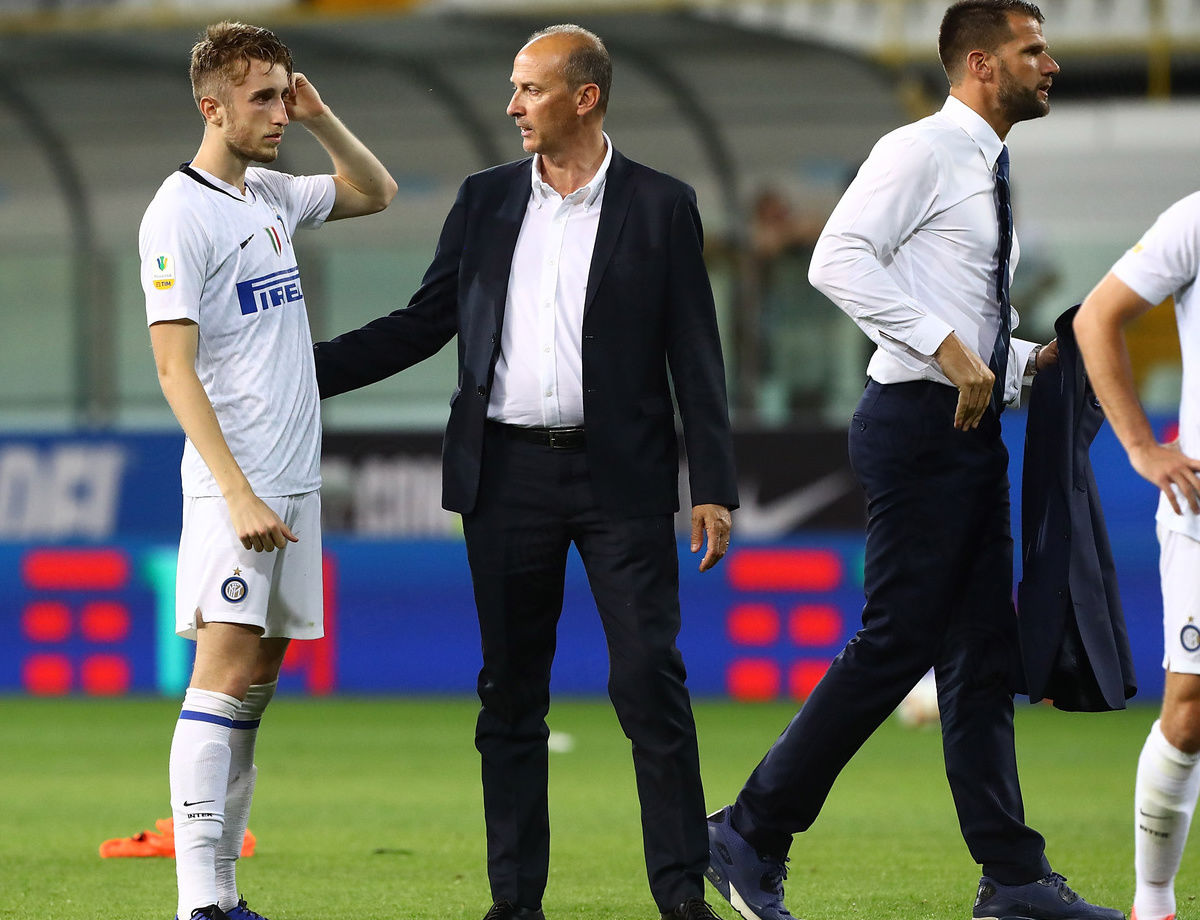 SAMADEN: "WE HAVE A GROUP WITH STRONG VALUES"

"Armando Madonna will be Coach of Inter's Primavera side next season"

PARMA - It ended in defeat for the Nerazzurri on Friday, but with the awareness that the team was so close to achieving something great. The Primavera side were beaten by Atalanta in the final at the Stadio Tardini, yet Head of the Elite Academy Roberto Samaden remained upbeat: “You can’t have regrets. We must give credit to Atalanta who deserved it for what they’ve shown throughout the entire season. However, we’re pleased. At the start of the year, no one thought that we would’ve finished out in front. This is a group with great values. We put in a solid display against an Atalanta side that surpasses us in terms of physicality. We conceded in the same moment that it seemed like we could win, although we must be proud of these players. We were a centimetre away from winning the trophy. The overall summary is positive, and with this, we can confirm that Armando Madonna will be Coach of Inter’s Primavera side next season. The lads have grown, while the Coach and his backroom staff have worked with quality and great dedication. You don’t only need technique in football but also values. And this group has proven that they have them. The mentality is the right one.”

As for Coach Armando Madonna, he couldn’t hide his disappointment: “I confess: I believed. In the second half we took a bit more space out on the pitch and I saw that we could win. I must praise my players. The team demonstrated great character, and I had huge willingness on behalf of the players. The season started with a few difficulties but we recovered really well. I’m very attached to this team and a special feeling has grown in me. I feel the confidence of everyone and there are the conditions in place to improve.”

One of the key players was the goalkeeper Vladan Dekic who made an incredible save in the first half: "We started this year and everyone had doubts about us and we were a step away from what would have been against a real miracle against a very strong Atalanta side. We didn’t lack much, we’re sad about it but aware that we’ll quickly realise how extraordinary our journey was this season. It’s true that we weren’t far away but I’ll carry this incredible year with me. I’m speechless, this is a great group at Inter. Despite all of the difficulties, we went so close to winning."

Next
Inter Academy in Ukraine

Conte: "We responded as a real unit this evening"

Borja Valero: "I'm happy with the win and my contribution"

Conte: "The stats show that we've picked up less points than we've deserved"

Conte: “We couldn’t find the goal, we deserved more”