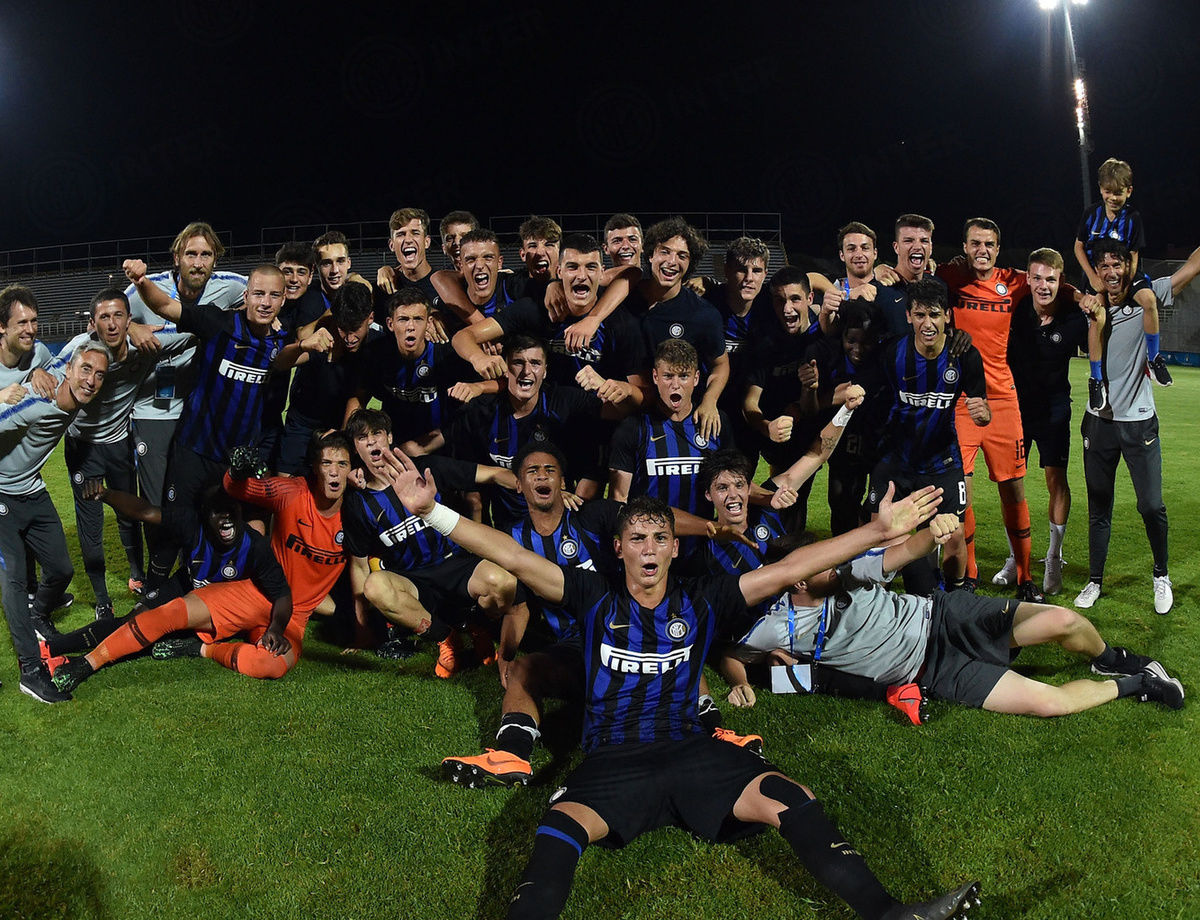 ZANCHETTA AND STANKOVIC THROUGH TO SQUIZZATO AND ESPOSITO: A TRUE INTER TRIUMPH

The Scudetto won by Andrea Zanchetta’s side was the 55th trophy won by the Nerazzurri’s Elite Academy in its history, and it's particularly special

MILAN – There’s another title to add to the trophy cabinet at the Suning Youth Development Centre: the Scudetto won by Andrea Zanchetta’s side was the 55th trophy won by the Nerazzurri’s Elite Academy in its glorious history – with both the Club’s men’s and women’s sides being included in this total.

The 3-1 win against Roma, a victory which saw an Inter Under-17s side claim the league title for the eighth time, had something particularly special about it. And this isn’t just because it was the eleventh final Inter had reached in the last three years in Italy’s youth leagues (the Nerazzurri have emerged victorious in seven of those), but mainly because of the stars involved in this triumph.

To start with, there’s captain Filip Stankovic, Dejan’s son. He’s come through all of Inter’s youth ranks starting from the Giovanissimi Regionali B in the 2014/15 season. Christian Dimarco has followed the same path. His brother Federico is another product of the Elite Academy. Finally, there’s Sebastiano Esposito, who was the hat-trick hero and star man in the final. He’s a striker who has enjoyed an extraordinary season, netting 29 times in 37 games. Furthermore, he scored a brace in the Primavera semi-final and was a key player for Italy in the Under-17 European Championship.

This was a tournament where other Nerazzurri youngsters entered the limelight, namely Lorenzo Moretti, Lorenzo Pirola, Nicholas Bonfanti and Niccolò Squizzato, with the latter being one of the veterans of the Suning Youth Development Centre having joined back in 2011/12.

This is a magnificent group that has been splendidly coached by Andrea Zanchetta, who has now won his second Scudetto in three years with Inter’s Under-17s. The Coach also came through the Nerazzurri’s youth ranks: he played for Inter Primavera for three years before making his debut for the first team.

Next
INTERnationals: Lautaro opened the scoring as Argentina beat Qatar 2-0

Primavera 1 TIM, fixture times for matchday 6 and 7 of the return fixtures