“I want to become a professional footballer.” Ashley Young certainly had no need to repeat himself. He was just 16 years old, but readily admitted to his teacher at school that he had no plan B. Instead, his whole life was football ever since he joined the Stevenage Colts aged five, his local football team in the same town where Lewis Hamilton grew up, with both stars attending the same school.

But fast cars weren’t a priority for Ashley: for him it was all about football. Whether that was playing on the street with his brothers until it got dark, or in the living room, using the sofa as a goal. He used to dream of being as great as Ian Wright, the legendary Arsenal centre-forward. When he was ten, he jumped at the chance to train with Watford’s youth academy. Every day, he’d travel 40km there and 40km back, right up until the age 16. This was his first real test as a player and adolescent. It was also his first taste of being a part-time footballer, as he would attend school in the mornings before then training in the afternoon with Watford’s Under-16s and Under-17s. All the while, adults tried to explain to him that he should think of alternatives to football, although Young was determined throughout – a characteristic that has set him apart throughout his career.

This soon led to him making his debut at Watford, sealing promotion to the Premier League before then becoming Aston Villa’s most expensive signing in 2007. He was relentless, whether that be on the wing or in attack. Sir Alex Ferguson soon came calling in 2011 and since his move to the Red Devils, he made (261) appearances and scored (19) goals. His United honours’ list also includes one Premier League (2012/13, Sir Alex’s last league title), one FA Cup, one League Cup, three Community Shields and one Europa League.

As a speedy and skilful winger, he’s good at crossing and can beat a man. However, as he’s matured, so has his game, as he’s become increasingly defensive. An example of this has been his time spent at wing-back in a five-man midfield – a role embraced to such an extent that he was named as the best left-back at the 2018 World Cup.

Young now becomes the third English player to ever play for Inter, following in the footsteps of Gerry Hitchens and Paul Ince. The former played for Inter as a striker from 1961 to 1963, scoring 20 goals in 43 appearances while also winning one Scudetto. As for the Guv’nor, Ince spent two seasons at Inter from 1995 to 1997, making 73 appearances with a goalscoring tally of 13. As for Young’s international career, he’s scored seven goals in 39 matches for the Three Lions.

As a keen campaigner against racism, Young has led from the front for Manchester United – recently wearing the captain’s armband for the past three seasons. However, he’s now ready for a new adventure and on behalf of the entire Nerazzurri family, we’d like to wish our new signing all the very best. 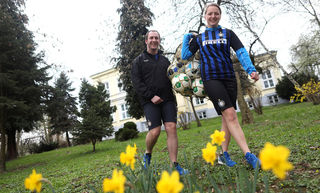 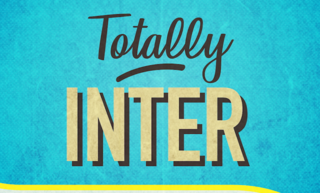 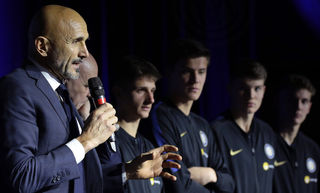 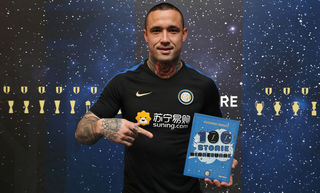 Club Read
Load more
Stay With Us
Keep your place in the team, we need you on the field.