Andrea Ranocchia was born on 16 February 1988 in Assisi. He began his career in the Perugia youth academy before moving to the youth set-up at Arezzo in 2004, where he climbed all the way to the First Team to make his professional debut in Serie B.

Ranocchia then signed for Genoa on a permanent contract in 2008, but was immediately loaned out to Bari, becoming a key player in the Puglian side’s successes that season. The defender also made his Serie A debut for Bari, scoring his first top-flight goal on 18 October 2009. After returning to Genoa he was then bought by the Nerazzurri in July 2010, but Inter decided to allow the defender to remain with Genoa on loan until January, when he moved to the Nerazzurri permanently for the second half of the season. Andrea made his debut for Inter in the Coppa Italia round of 16 against Genoa, his first goal coming on 19 February as he scored the winner in a 1-0 victory over Cagliari. Inter went on to win the Coppa Italia that season. Our centre back was given the captain’s armband for the first time on 22 November 2013, remaining Club Captain all the way into the 2014/15 season after the Club’s farewell to Inter legend Javier Zanetti. Ranocchia then spent two years out on loan at Sampdoria and at Hull City in the Premier League before making a return to the Nerazzurri in June 2017.

Having represented Italy in the Under-20s and Under-21s, Andrea made his senior national debut on 17 November 2010 in a friendly against Romania. 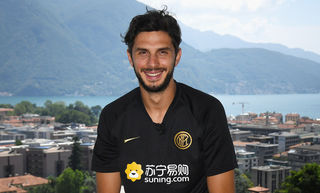 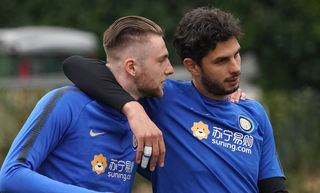 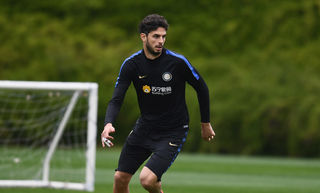 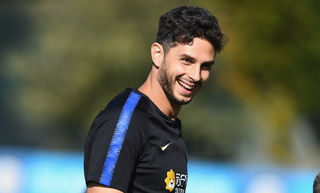