Milan Skriniar was born on 11 February 1995 and began his football journey with his local youth teams in his hometown of Žiar nad Hronom, a town deep in the heart of Slovakia and with a population of just 20,000. He then joined MSK Zilina, one of the most prestigious clubs in Slovakian football.

He made his first-team debut in yellow and green on 27 March 2012 in a Superliga match against Zlatè Moravce which finished 1-1, when he was just 17 years old. He soon established himself as one of the most promising defenders in the Slovak championship and over the following four and a half seasons (including a six-month loan to Zlatè Moravce) he won a league title, a national cup and a Supercup while making 93 appearances and scoring 13 goals, which highlighted his impressive ability to find the back of the net.

He was purchased by Sampdoria in January 2016 and he made his Serie A debut on 24 April of the same year at the StadioLuigi Ferraris in a 2-1 win over Lazio. Skriniar soon established himself as a key player in coach Marco Giampaolo’s system. The Slovak was the youngest defender in the 2016/2017 Serie A season to make at least 35 appearances.

He transferred to Inter on 7 July 2017 and soon he was turning in good performances for the Nerazzurri with the number 37 on his back. He got his first goal for Inter in a 2-0 home win against Crotone.

Skriniar played for all of Slovakia’s youth teams and made his debut for the senior National Team on 27 May 2016 in a 3-1 friendly victory at home to Georgia. He was called up for the 2016 European Championship in France and played in matches against England and Germany. He also played at the Under-21 European Championship in Poland where he was a starter for all three of Slovakia’s matches. He demonstrated his physical prowess as he was made 13 aerial clearances, more than any other player at the tournament. He was included in UEFA’s team of the tournament at the end of the competition. 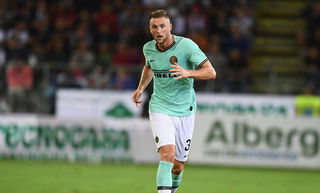 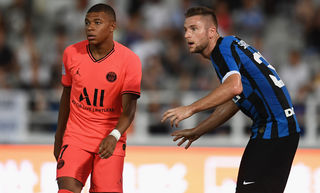 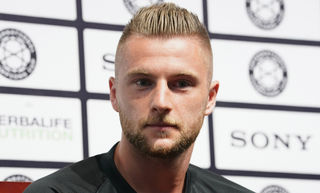 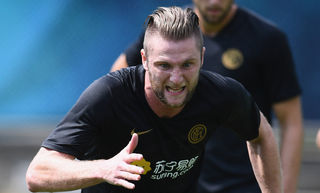