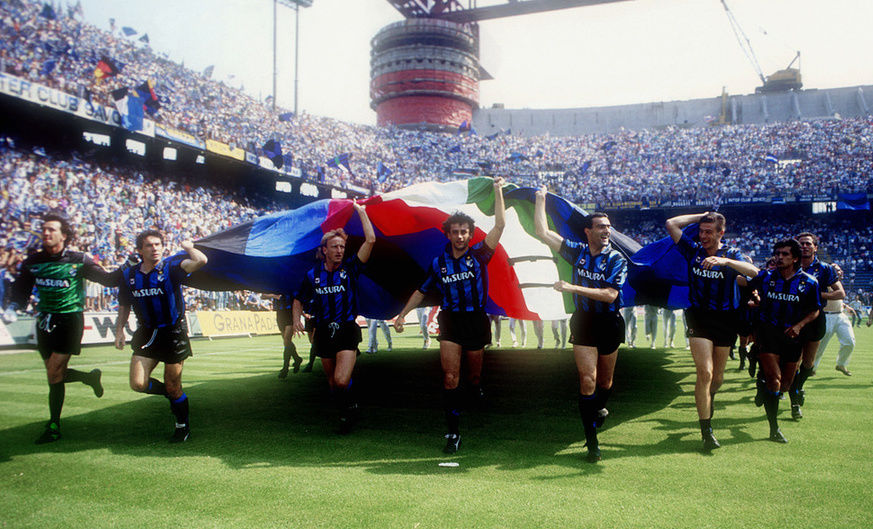 BERTI: "I LIVED FOR THE DERBY, WHAT A RIVALRY"

The former midfielder appears on Memorabilia: "I happily gave my number 8 shirt to Ince. I had a special relationship with the Inter fans"

APPIANO GENTILE - From his early days kicking a ball to his first goal in Serie A against... Inter! Nicola Berti looks back over his career on Inter Channel's Memorabilia: "It was a lovely goal which started on halfway before I chipped Zenga. Perhaps that's when people started to sit up and take notice, even though I'd already had a good season and changed position."

"As soon as I joined Inter, we won the Scudetto in record-breaking style," continued Berti. "We went on a wonderful run in the league. To tell the truth, I didn't make the best start but I scored goals against Sampdoria and Roma in the opening two weeks and grew in confidence. I had a special relationship with the Inter fans.

"My first goal in the derby was amazing, plus it was in front of the AC Milan end. I got in front of Serena, continued my run and gave them a little wave during my celebration. I have great memories of the derby. Back in the day, we used to all warm up in the gym and not on the pitch. That was the time I enjoyed. I could see AC Milan's big, imposing players and I used to deliberately kick the ball at the likes of Gullit and Baresi. The derby was crazy - what a rivalry. The two sides didn't use to talk. I played for Italy Under-17s with Maldini but we didn't speak for years in Milan at senior level.

"I wore number 8 but I kindly gave it to Ince when he joined Inter after a dinner at my house in which I convinced him to sign for the Nerazzurri. I was more than happy to let him have that number."

In 1991, Inter won the UEFA Cup: "What a feeling that was," said Berti. "We didn't play brilliantly at the Stadio Olimpico but the crowd were fantastic. Back then there were some top stars playing in Italy. Real Madrid, for example, didn't have the sort of names that were playing in Italy."

His many anecdotes include the best possible wake-up: "Before we won in Vienna, we were staying in a hotel near the station. That morning I heard 'E facci un gol...'. I thought I was dreaming but then I realised the fans were outside singing about me and I woke up with an incredible feeling which I then took out onto the pitch.

"I played with Ronaldo in my final season and I'd never seen a player like him. He combined power with technical ability at pace and there were times when he'd do something so good that I'd stand up from the bench and applaud."

Next
Inter Club Albania on the road