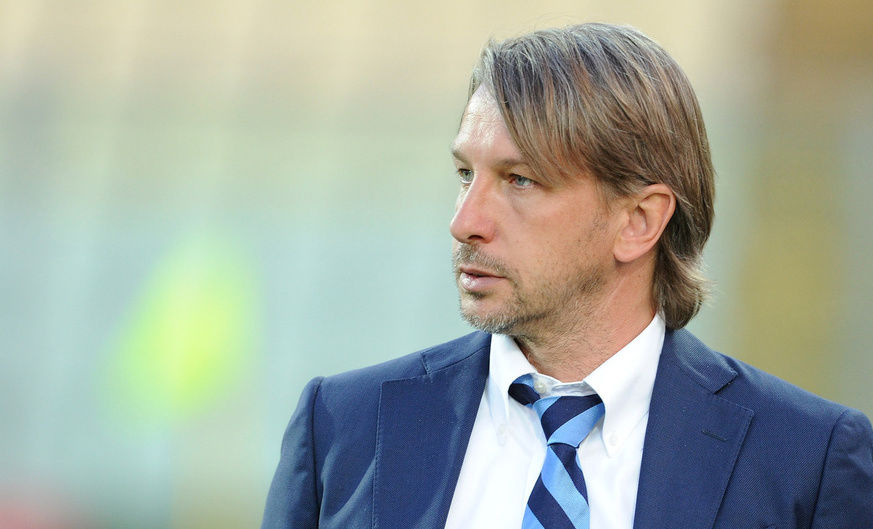 From his early days in the Nerazzurri academy to coaching the first team, the Primavera chief reveals all on the latest episode of Caffe Doppio

MILAN - Stefano Vecchi is this week's guest on Caffe Doppio. The Primavera coach spoke to Inter Channel and began by discussing his early days as a player in the Nerazzurri academy.

"I spent four years at Inter - two with the Allievi and two with the Primavera. I struggled at first under Mereghetti but I became a key player the following season with Tagnin in charge. That was the start of my career. In two years with the Primavera under Marini we also won the Scudetto. The year after the record-breaking season, I went on the summer training with the first team and was named in the matchday squad by Trapattoni for the Super Cup win against Sampdoria."

The coach from Bergamo, however, couldn't resist the lure of management. "I called time on my playing days before I was forced out. I wanted to try my hand at coaching and I convinced myself that I could make it starting in Promozione. Thankfully, I was successful straight away. I had a few good seasons in Serie D with Colognese and I won two league titles with Tritium. Incredibly we made it as far as Serie C1 and my name was on everyone's lips."

After spells at Spal and Carpi, he returned to Inter. "When Samaden called, I told him I'd walk back to Inter if necessary. I had never worked with youth-team players before but the director told me that they were looking for someone to run the Primavera like the first team to prepare the players for the step up to the professional game. That's why I jumped at the chance."

Vecchi, now into his third season with Inter's Under-19 side, has already secured significant trophies. "We had a strong side the first year and the only real challenge I was faced with was finding a system to accommodate two genuine number 9s in the shape of Puscas and Bonazzoli. We won all seven matches en route to lifting the Viareggio Cup, before we unfortunately struggled in the Final Eight due to injuries. The following season, with a different squad, we beat Juventus in the Coppa Italia, winning both in Turin and at San Siro. That success will live long in the players' memories and allowed us to further develop the lads."

Stefano then discussed his brief spell in charge of the first team. "It was an unforgettable experience for my staff and me. Above all because we got positive feedback from the team and club. I'm keen to work in senior football again but I really like it here. Coaching Inter Primavera is like working in Serie B elsewhere. Plus next season will be a proper campaign with the chance to consistently face the best sides."

Finally, a word on this season's Final Eight. "We qualified from a difficult group with two matches to spare. It was by no means a given we'd make it because there are surprise packages every year and some of our opponents will be watching at home. We're growing as a team and we haven't yet shown our full potential. I hope we can make that step up in the play-offs and have a bit of luck, which is crucial when you play three games in a week."