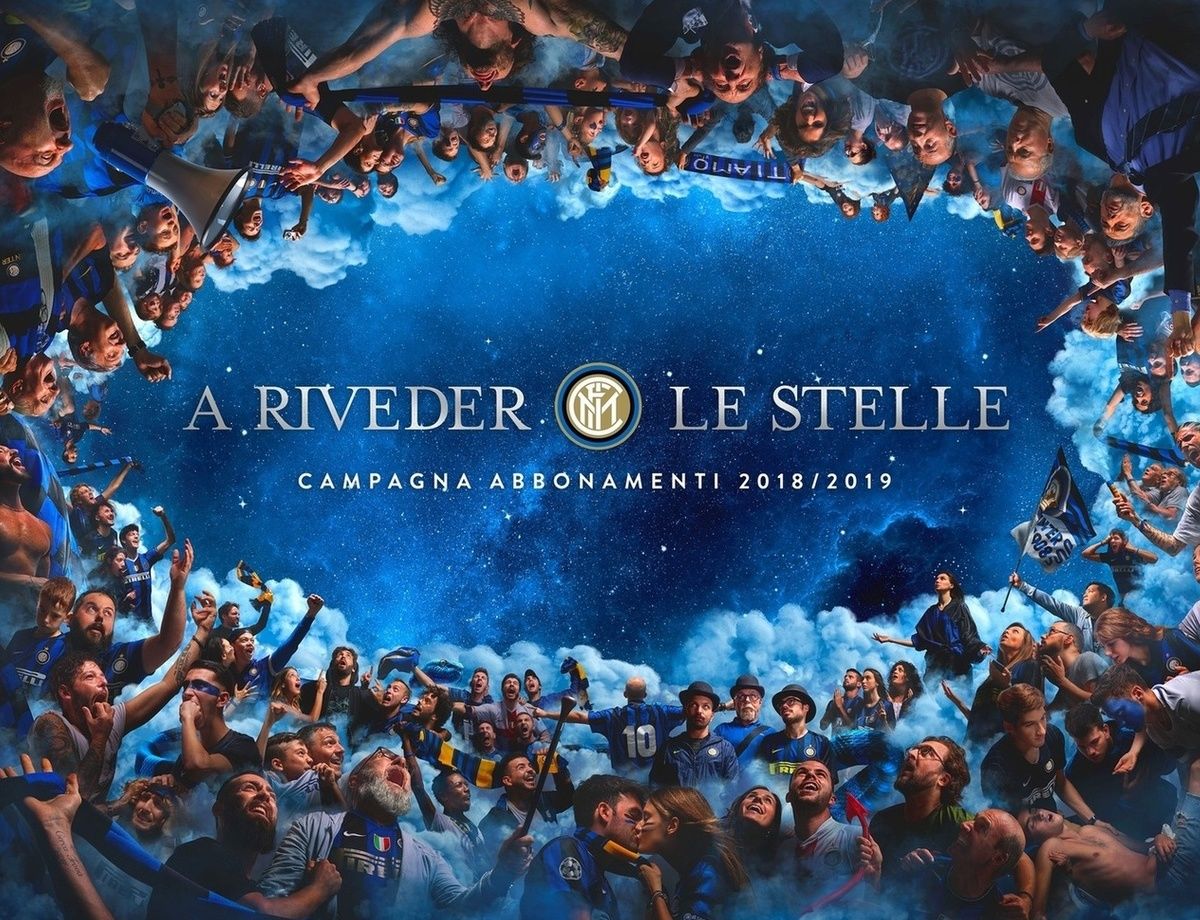 'A riveder le stelle': the motto behind the 2018/19 season ticket campaign from Inter

MILAN - 'A riveder le stelle’: is the caption for the 2018/19 season ticket campaign from Inter. It refers to the dramatic season just gone that ended with a return to the UEFA Champions League. ‘A riveder le stelle’ [we came forth to see again the stars] is the driving force behind the campaign to encourage fans to get season tickets for next season with a work inspired by renaissance art and a slogan taken straight from the Divine Comedy with the stars in question being those of the Champions League.

The work features over 100 subjects who were photographed in small groups by decorated Spanish photographer Joan Garrigosa who has had a long career in advertising. Once again, Inter brings the fans to the fore. The stars of the campaign were selected from a street casting session at San Siro during one of the last home matches in the 2017-18 season. The age of the fans in the image spans from two-and-a-half months to 92 years.

It’s an artwork that brings the entire world of Inter together, heavy on details that look back to iconic moments from the Nerazzurri’s history. It’s an incredibly diverse world and one that can look back to the sky and the stars following an exciting campaign.

Furthermore, as with a true work of art, the club will distribute an audioguide to explain the piece in detail. Listeners will be asked to pay close attention because there are many significant messages hidden in the image, allegories related to Inter worthy of the greatest pieces of renaissance art.

Over the next weeks, the personal stories of five special subjects in the photo will be told on the club’s official channels.

A preview to the campaign was offered with a teaser that showed a fan with his five-year-old son who was about to see Inter play in the Champions League for the first time along with a reading of the script behind ‘a riveder le stelle’.

The club’s communication projects always aim to amaze the audience. The reference to Dante along with the composition reminiscent of a renaissance painting pushes the Inter brand up high to the place where it deserves to be for the fans and team.

To surprise is also the aim of an advertising campaign with billboards placed in prestigious locations in our city of Milan to further give life to a creative campaign that was born of a humble street casting and realised by an internationally renowned photographer who included important artistic references.

Next
Thanks to Inter Club members!

Inzaghi: "That was the only way it could’ve ended 1-1"

De Vrij after first European goal: "Like a final"