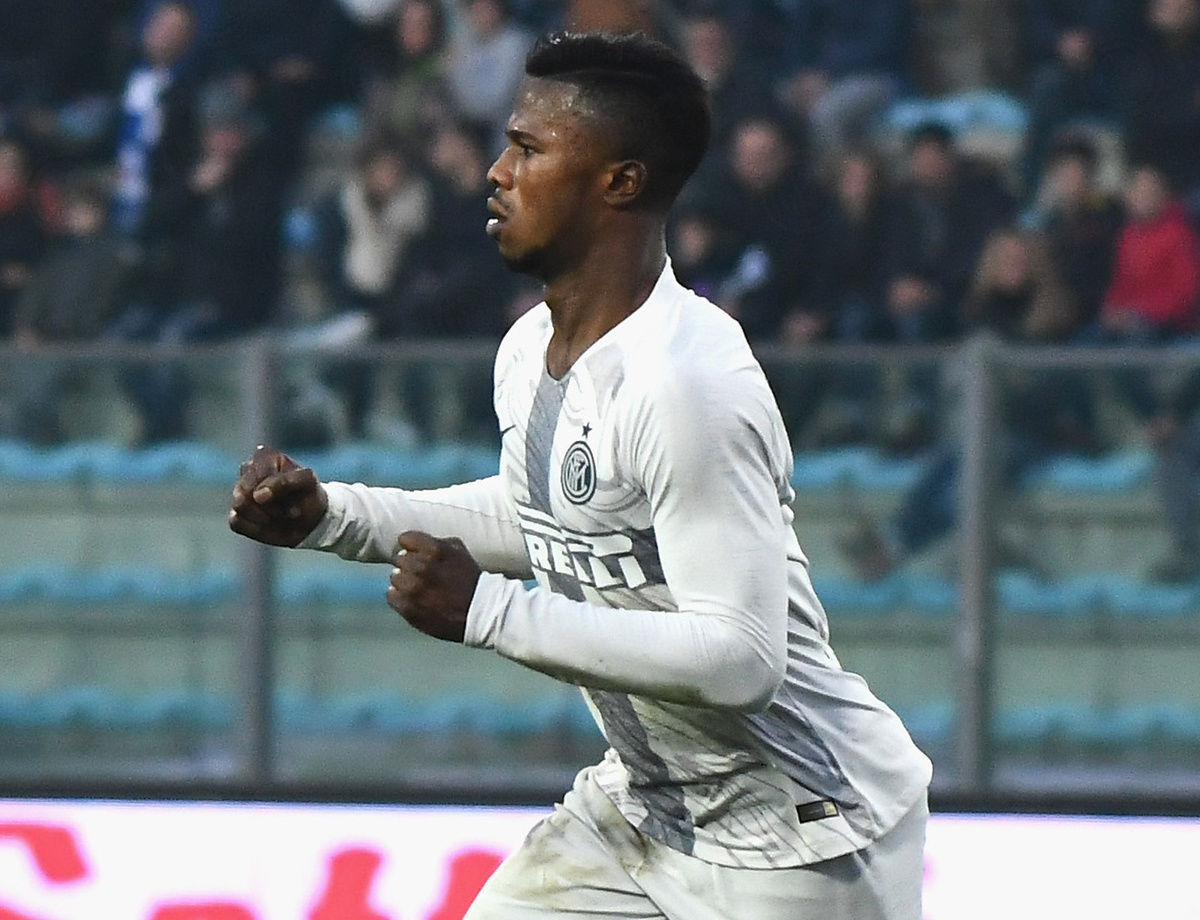 EMPOLI – Inter finished 2018 in the best way possible as the first half of the season came to a close. Spalletti’s men defeated Empoli at the Stadio Castellanti thanks to Keita’s goal, meaning the Nerazzurri are now sitting on 39 points in third place at the halfway stage of the season.

The game never really got going at the beginning, with the hosts looking to deny the Nerazzurri space and nullify their attacking options up front. The first real chance of the match came in the 29th minute as Zajc (who had just come on in place of the injured La Gummia) headed just over from a corner. Inter then went up the other end and had an effort through Politano, but the Italian’s fierce left-footed strike was beaten away by Provedel. The final stages of the first half saw Inter look to step up the pressure in the final third, but the Nerazzurri weren’t able to breach Empoli’s backline despite Politano and Keita both looking threatening. As the first half came to a close, Iachini was forced into another change, with Antonelli having to replace the injured Pasqual. The teams then went into the break with the score at 0-0.

The second half started in lively fashion as Handanovic was forced to rush off his line to deny Zajc following Traorè’s through ball, before Keita had a goal chalked off for a very tight offside. In the 56th minute, Caputo tried to catch Handanovic out with an audacious lob from distance, but the Slovenian goalkeeper was able to comfortably make a save. Immediately after this, Radja Nainggolan came on in Vecino’s place as Spalletti made his first change. Inter then began to grab the game by the scruff of the neck, and with an hour gone Silvestre denied Keita with a good – albeit risky – sliding tackle in the box. Seven minutes later, Lautaro was brought on to replace Borja Valero. The Argentine man then went close four minutes later with a back-heel following De Vrij’s cross-shot, but Provedel was on hand to make a save and keep the score goalless. Nevertheless, the Nerazzurri weren’t going to be denied as Keita fired home following Vrsaljko’s cross to give the away side the lead after 72 minutes. The hosts didn’t give up, however, as Bennacer and Caputo both had efforts which troubled the Nerazzurri’s defence. Inter then went close in the 81st minute as Provedel was forced to make a good stop to his left to deny Keita. Inter’s goalscorer was then replaced by D’Ambrosio as Spalletti looked to shore things up at the back. The Nerazzurri finished the match well: Politano’s left-footed strike went narrowly over before Icardi’s powerful shot stung the hands of Provedel as Inter looked to double their lead. Despite not being able to get a second goal, the Nerazzurri comfortably saw the match out to record a 1-0 win to end 2018 on a high.

Spalletti’s men will now have to wait until Sunday 13 January to take to the pitch again, when Inter will host Benevento in the Coppa Italia. The Nerazzurri will be back in league action on Saturday 19 January, with the team set to begin the second half of the Serie A season at home to Sassuolo.

Next
Spalletti: "A better second half, but there's still room for improvement"