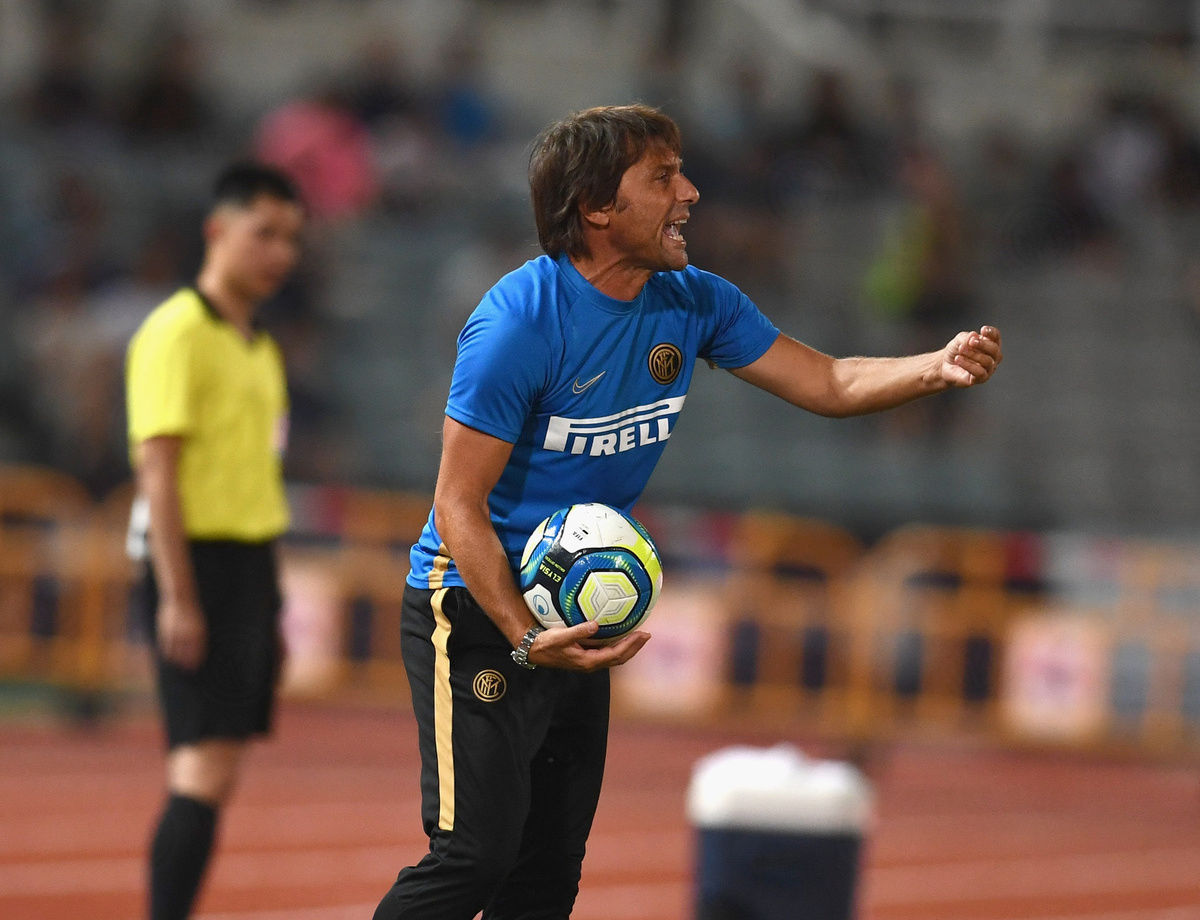 CONTE: "I'VE SEEN IMPROVEMENTS IN OUR MENTALITY AND DESIRE TO PLAY"

The Nerazzurri Coach following Inter's penalty shootout win against PSG: "I saw the right attitude on the pitch, this group has a desire to do things"

MACAO – Following their penalty shootout win against Paris Saint-Germain in the International Super Cup, Antonio Conte responded to questions from journalists in his post-match press conference: “I’m certainly very happy because from what I saw during the game we didn’t deserve to lose. However, aside from the result, I need to make assessments on a football level and have to be sincere and honest. I continue to see big improvements in the lads’ mentality, in their desire to play football, to get at our opponents in their half, in their desire to win the ball back when we lose it. Certainly, these are positive aspects, and I have to say that I’ve seen great willingness from the lads. This makes me enthusiastic to continue on this path.”

The team’s tenacity was another positive to take: “I liked how the lads stuck to it until the very end. We scored and then we won on penalties. We should never enjoy losing, including in friendlies and on penalties. I think we saw this attitude today. Even before the goal we deserved a better scoreline than 1-0. As regards the transfer market, the Club is working hard and my task is to make the most out of the resources that I’m given. I’m happy and enjoying working with this group. It’s not a given that a group of players will make you enthusiastic and enjoy yourself when you propose different things. This is a group that has a desire to do things, to follow instructions, to overcome obstacles. This should give us hope, irrespective of who comes in and who leaves.”

As regards the competitions the Nerazzurri will be involved in and the Champions League: “We’ll be playing in the best European competition and we know the enormous difficulties that this tournament poses: there are many well-prepared sides who are aiming to win it. However, only one can win in the end. We’re at the beginning of a journey that we hope will be an important one. We’re working hard, we’re building a base from which we’ll try to do justice to the Champions League in the best way we can. As I always say to the lads, we’ll try to work hard and not set ourselves any objectives to achieve – both minimum and maximum aims. We need to try to give our all and then we’ll see where we end up.”

With the last leg of Inter’s Asia tour coming to an end, the overall feeling is that the work done has been positive: “We’ve been working together for 20 days and I’ve seen great improvements, with the players showing a desire to implement what we’ve been working on. For me, this is important because I ask a lot of players. At the same time, I put in a lot and I’m ready to give recognition when the lads deserve it, as is the case now: they’re showing commitment and doing excellent work. Our basis was ‘head down and go’ and it really is the case that they’re keeping their heads down and working really hard. I can only be pleased with this.

There were then questions on the transfer market: “Lukaku? As I’ve always said, we’re talking about a player who isn’t ours. Therefore, it’s not right to talk about him because that would show a lack of respect towards the player and the Club. Lukaku is a United player, we know that the transfer market is ongoing and the Club is working to try and complete the squad, with this including both incomings and outgoings. As I’ve always said, I have a lot of confidence in the Club. The most important thing for me at the moment and the thing I'd like to stress is that I’m happy with how my players are working. We’re working to create something solid. It’s inevitable that we’ll then go on to complete the squad, but the important thing is that those who arrive integrate well and possess the mentality that this group of lads have today.”

Finally, he spoke about the man who got the team’s equaliser, Samuele Longo: “We’re talking about a player who has a decent career behind him: he was in Spain, where he played for Espanyol. He then played in a number of leagues and was successful in Serie B. Today, he’s taking part in this tour with us and has joined up with the group. We’re talking about a really good footballer. He’s made an excellent impression and is putting in a lot of effort. I’m very happy for him because he’s had a long time out with injury and now he’s ready to play.”

Inter Quiz – Guess Who, the solutions

Ask Vecino! Your questions for our Inter number 8

Candreva: “It’s a tough time, but wearing this shirt and winning for the fans is a unique feeling”