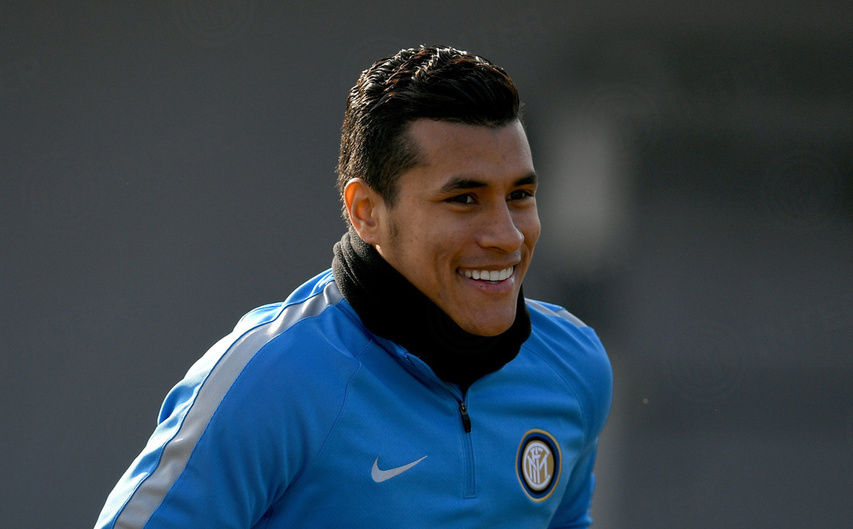 Colombian the latest guest on Caffe Doppio: "We're a group and family. You can see that when we play together. Bologna goal worth ten normal ones"

APPIANO GENTILE - Caffe Doppio is back for its weekly Thursday slot and the latest guest is Jeison Murillo: "I was born in Cali, a gorgeous, sunny city with lovely, friendly people," began the Colombian.

"I always had a football with me as a kid, whether I was at home, school or on the street. I must've broken a few neighbours' windows too! Then when I was eight I started to play in a team for six months, before joining Deportivo Cali, which is where I properly began my football career.

"You must always stay humble when you start out as a footballer. I've always played in defence and I even occasionally filled in at right-back at the start."

After his first taste of professional football at Deportivo, he got called up to the Under-17 national team before moving to Udinese: "Udinese contacted me after the World Cup in Nigeria. It was a weird moment in my life and for my family. Zapata, Armero and Cuadrado all had spells at Udinese but I joined Granada after passing my medical."

Jeison would spend three seasons in Spain at Granada, Cadiz and Las Palmas: "They were great experiences, then as I went back to Granda I got a call-up to the senior national team. My first goal also proved to be the winner against Brazil and that got the monkey off our backs after the World Cup defeat."

The Colombian defender scored an overhead kick against Bologna too: "I'd done that at Granada as well. At San Siro I saw the ball coming in high, realised I had space around me and just instinctively tried it. A goal like that is worth at least 10 normal ones."

Jeison is married to Samanta: "We first met on Facebook via a mutual friend. When I scored she dubbed me the 'Flying Spider'. Our family is about to get bigger, we're delighted and we can't wait. It's a great reason to keep moving forward.

It's hugely important to be professional as a footballer. I'm very relaxed in my free time, I stay at home or spend time with other Colombian friends like Zapata, Muriel, Bacca and Cuadrado sometimes too."

Finally, a word on the team's form: "Everyone deserves credit. We're a group, a family and you can see that when we go out to play. Every side in Italy is tough but we must perform week in, week out. We all know what our target must be.

"Training against top-class strikers really motivates you because while they cause you problems, they also help you ahead of the next game."