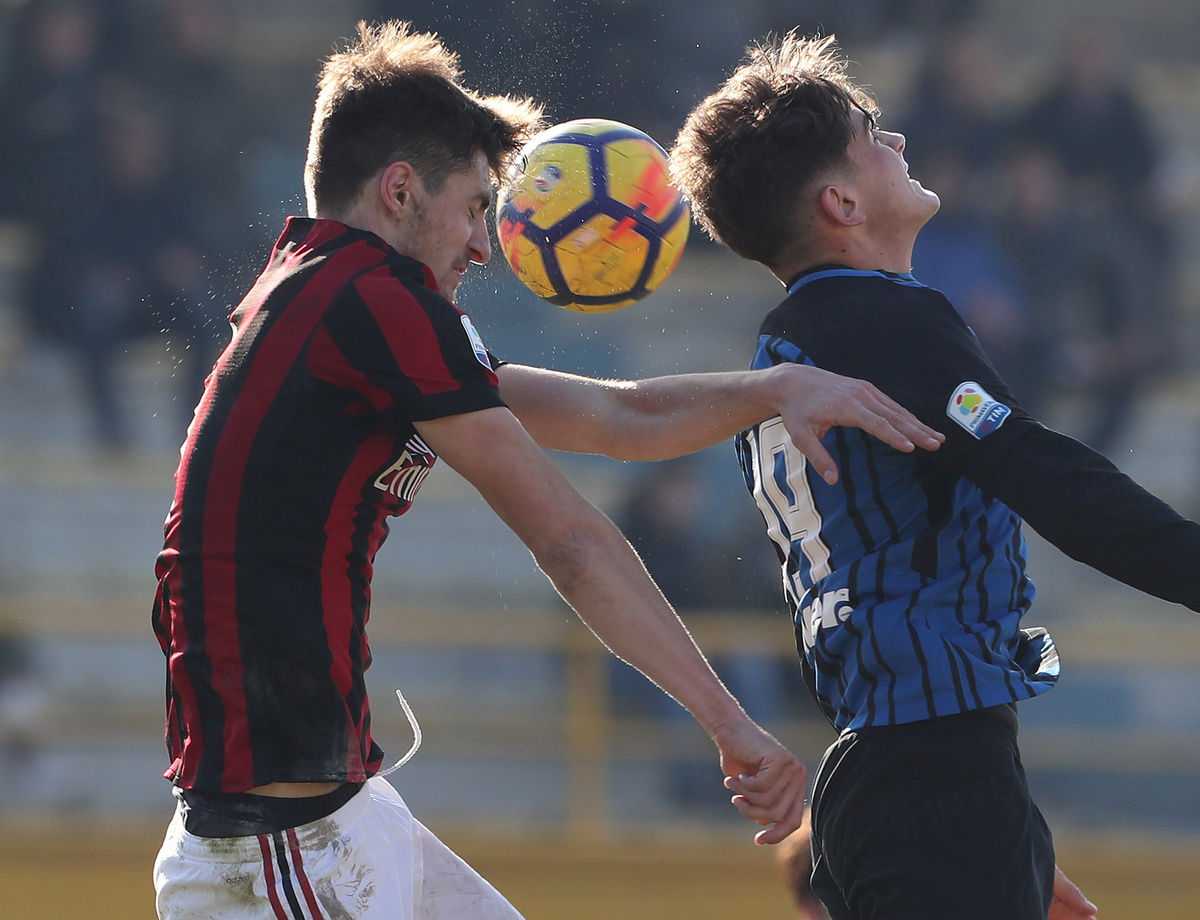 Rover's goal is not enough for the Nerazzurri to avoid a first defeat of 2018 in the 17th week of the Primavera 1 TIM season.

Sesto San Giovanni – In their 17th match of the Primavera 1 TIM championship, Stefano Vecchi's Inter could not make it two wins in the #DerbyMilano this season and succumbed to their first defeat of the new year.

Inter were the more positive team during an evenly contested opening fifteen minutes, but it was Lupi's side who had the first chance to open the scoring. On 18', Brescianini showed quick feet inside the area to set up Tiago Dias for the shot but Pissardo produced a good save from a well-struck effort. At the other end, Rover looked dangerous with a spectacular bicycle kick which deflected away for a corner off a fortunate Gabbia.

Stefano Vecchi's boys tried to up the tempo and on 25' they gave Guarnone a scare through Brignoli's right-footed effort but it could only find the outside of the net. The man to unlock the door was instead Tsadjout who headed home Llamas' cross from the left to put the Rossoneri in front. Inter reacted immediately as Emmers' corner was flicked on by Colidio but neither Rover nor Bettella managed to bundle home at the back post.

The Nerazzurri continued to push at the start of the second half. There were three chances in two minutes for Inter, firstly with Sala who went closest of all to the equaliser but was thwarted by a brilliant save by Guarnone that sent the ball behind. From the resulting corner, Brignoli would have scored the goal of the season but his acrobatic effort went jut wide. On 55', Colidio had a fantastic chance. Emmers played the Argentine in behind for a one on one but he lost his nerve and shot too close to the keeper.

In the final quarter of the match, Inter continued to push but the game exploded in injury time. Firstly, Inter scored a deserved equaliser through Rover on 91' but two minutes later an unfortunate deflection off Bettella gave the Rossoneri the lead, allowing Milan to take home all three points.

Next
Spalletti: “You achieve results through putting in the work on a daily basis”

Primavera 1 TIM, the line-ups for Sampdoria vs. Inter