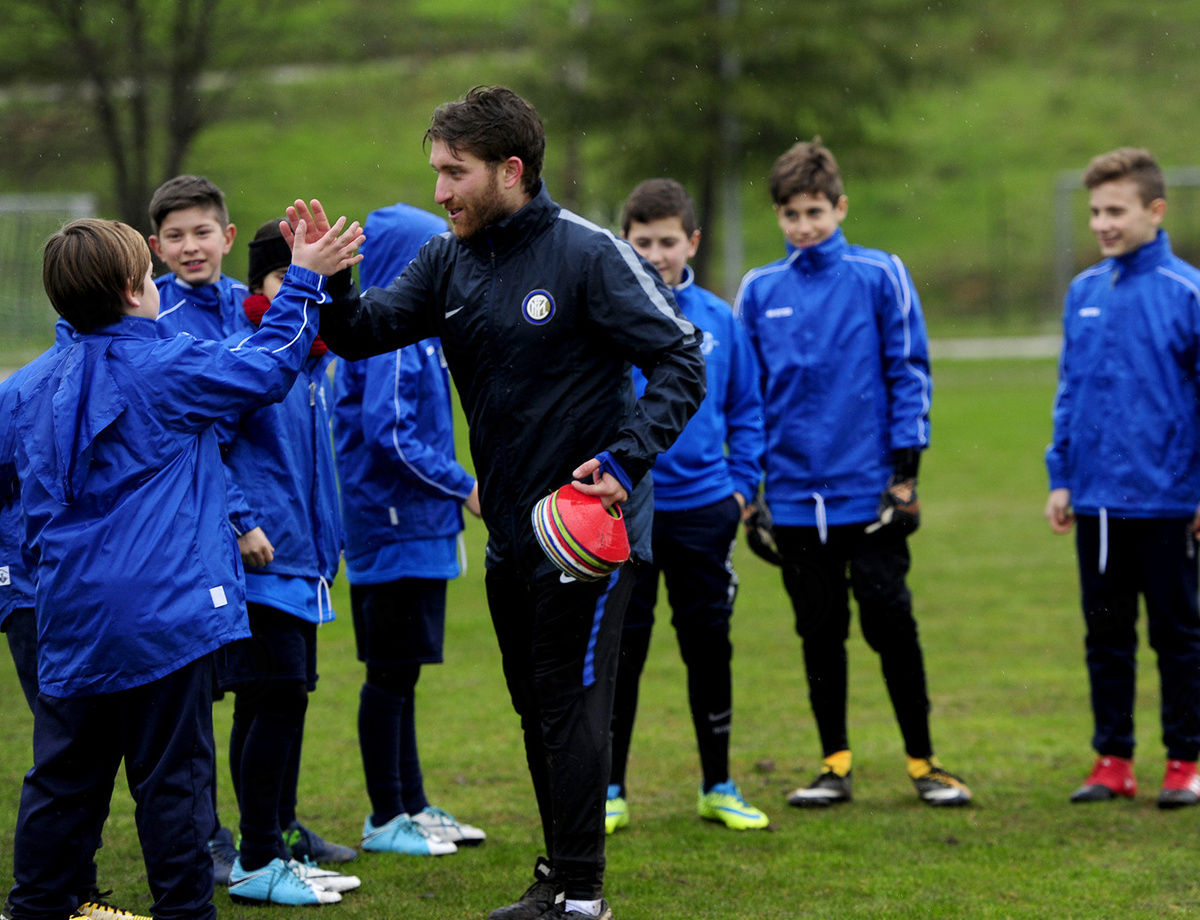 Football and education: The project put on by FC Internazionale Milano, Suning Sports and CSI helps areas affected by earthquakes one year ago

20/03/2018
SARNANO - The ‘Un Gol Per Ripartire’ project is back once again this month, with the social and sporting relief efforts taking place in the areas affected by recent earthquakes. FC Internazionale Milano, Suning Sports and CSI have continued to provide support and solidarity for those in need, with sport yesterday playing a key part in promoting the social rebirth of the Marche region.
In previous months, there have been a number of beneficial initiatives that have taken place, including the Nerazzurri ‘Fun Bus’, which was a touring van that provided activities and animations for areas which cannot currently accommodate regular sport. This was in addition to the organisation of an Inter Camp aimed at children aged six to 14. Activities are aimed at schools and local sports clubs, as coaches from FC Internazionale’s Academy and Inter Campus offer their services.
With assistance in promoting the campaign, yesterday’s day of educational took place in Sibilini. It was split up into three sessions, including 250 children and 50 coaches. The first part was dedicated to the kids, tutors from local schools and coaches from sporting clubs, being held in the morning at the Sala Congressi di Sarnano on Via Benedetto Costa.  For pupils from the fourth and fifth year of primary schools and pupils from the second and third year at secondary school, there was an informative lesson focused on ‘education and football’. There was then more football in the afternoon, with the second part taking place at the Stadio Mauro Maurelli for kids from the local team’s Under-12s and Under-14s (SS Sarnano, US Tre Torri, A.S. Amandola, US Comunanza e Union Calcio S.G). Finally, there was a tactics session on the ‘Working methods of Inter Academy and Inter Campus’ at the Sala Consiliare on Via G. Leopardi 1, aimed at the directors and coaches of the local teams.

Next
Here's your Man of the Match from Sampdoria vs. Inter