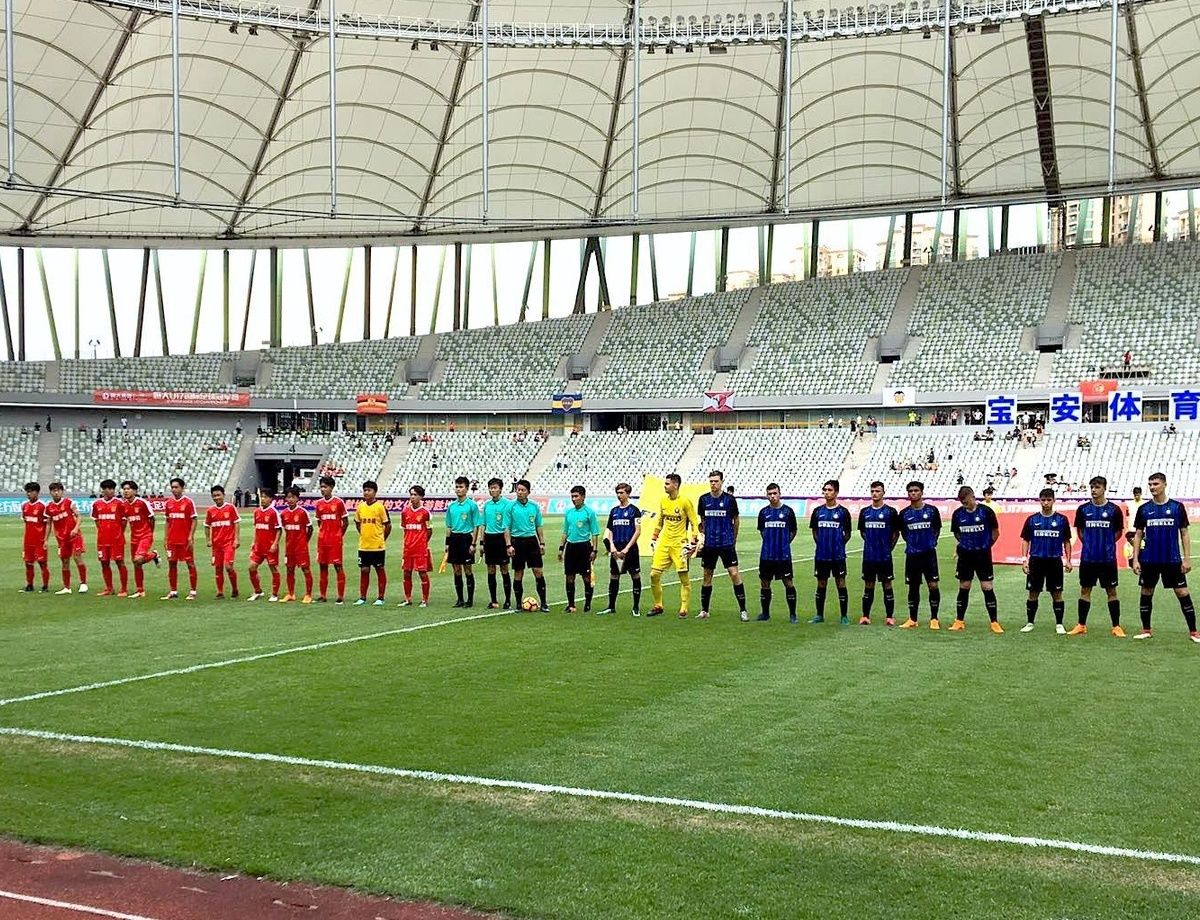 EVERGRANDE U17 CHAMPIONSHIP: INTER OPEN WITH A DRAW

A brace from Cancello wasn't enough to beat Hebei China Fortune FC as the Nerazzurri's first match of the group stage ended 2-2.

SHENZHEN - Earlier today, Inter kicked off their campaign at the Evergrande U17 International Football Championship, a presitigious international tournament that is being held from 22nd April to 1st May 2018. Gabriele Bonacina's team played their opening match against Hebei China Fortune FC at the Bao'an Stadium in Shenzhen.

After going in at the break in front thanks to Cancello's strike in the dying moments of the first half, the Nerazzurri doubled their lead in the second half through the Campania-born forward who was later named man of the match. A comeback from the Chinese side, however, meant that the contest ended 2-2.

Inter will be back in action on Tuesday 24th April against Esperance Sportive de Tunis for their second match of the group stage.

Next
Official starting line-ups for ChievoVerona vs. Inter

Inzaghi: “A real test of character”

Inzaghi: "A real Inter performance with our fans behind us"