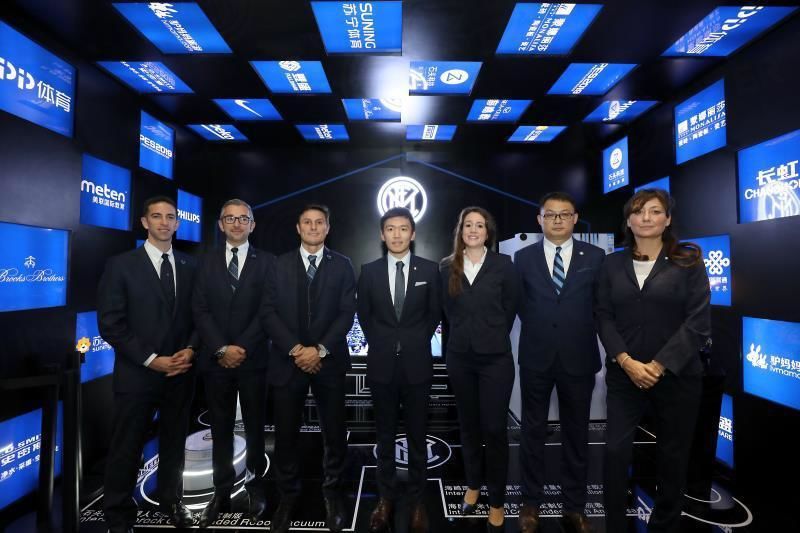 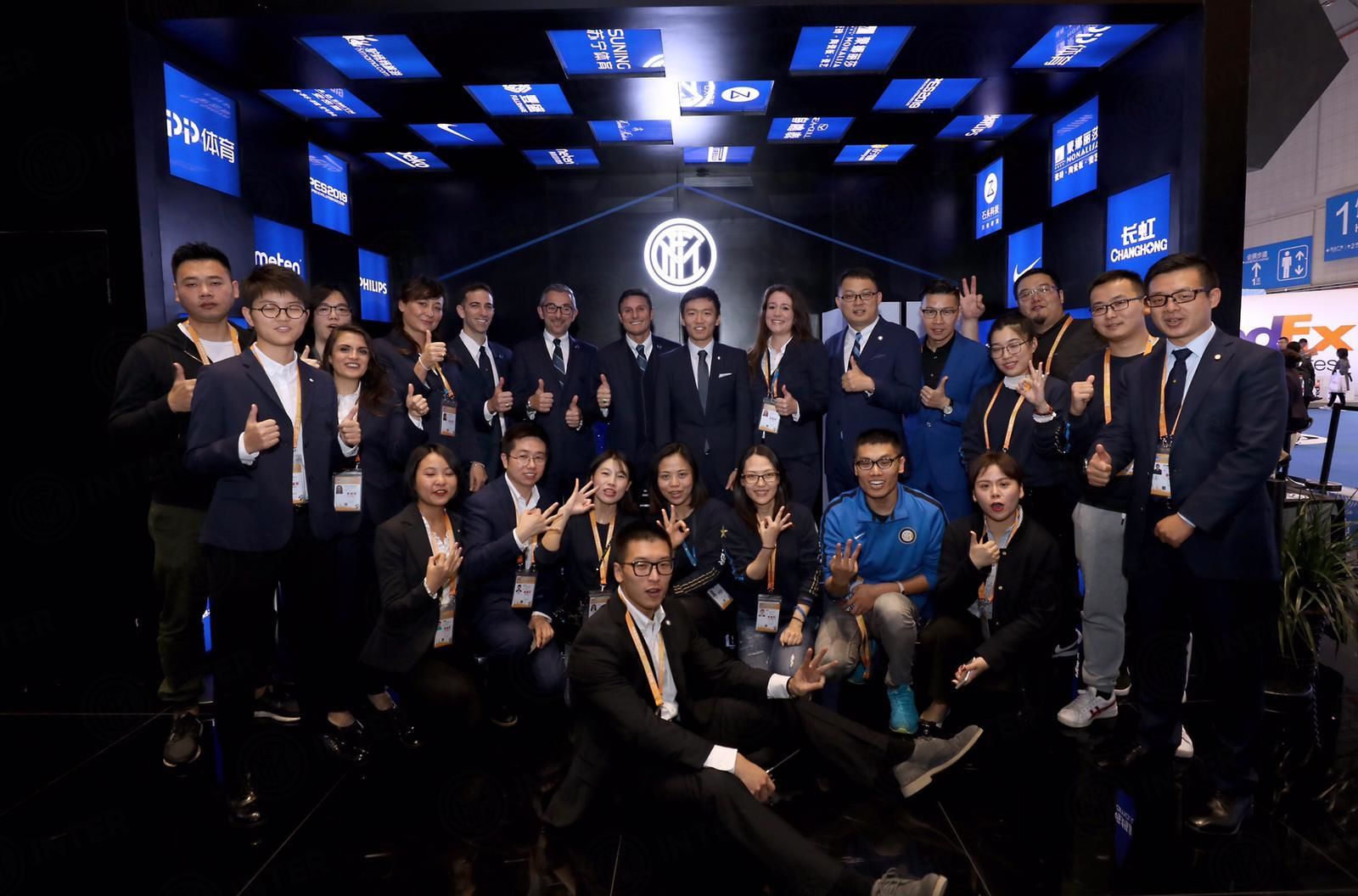 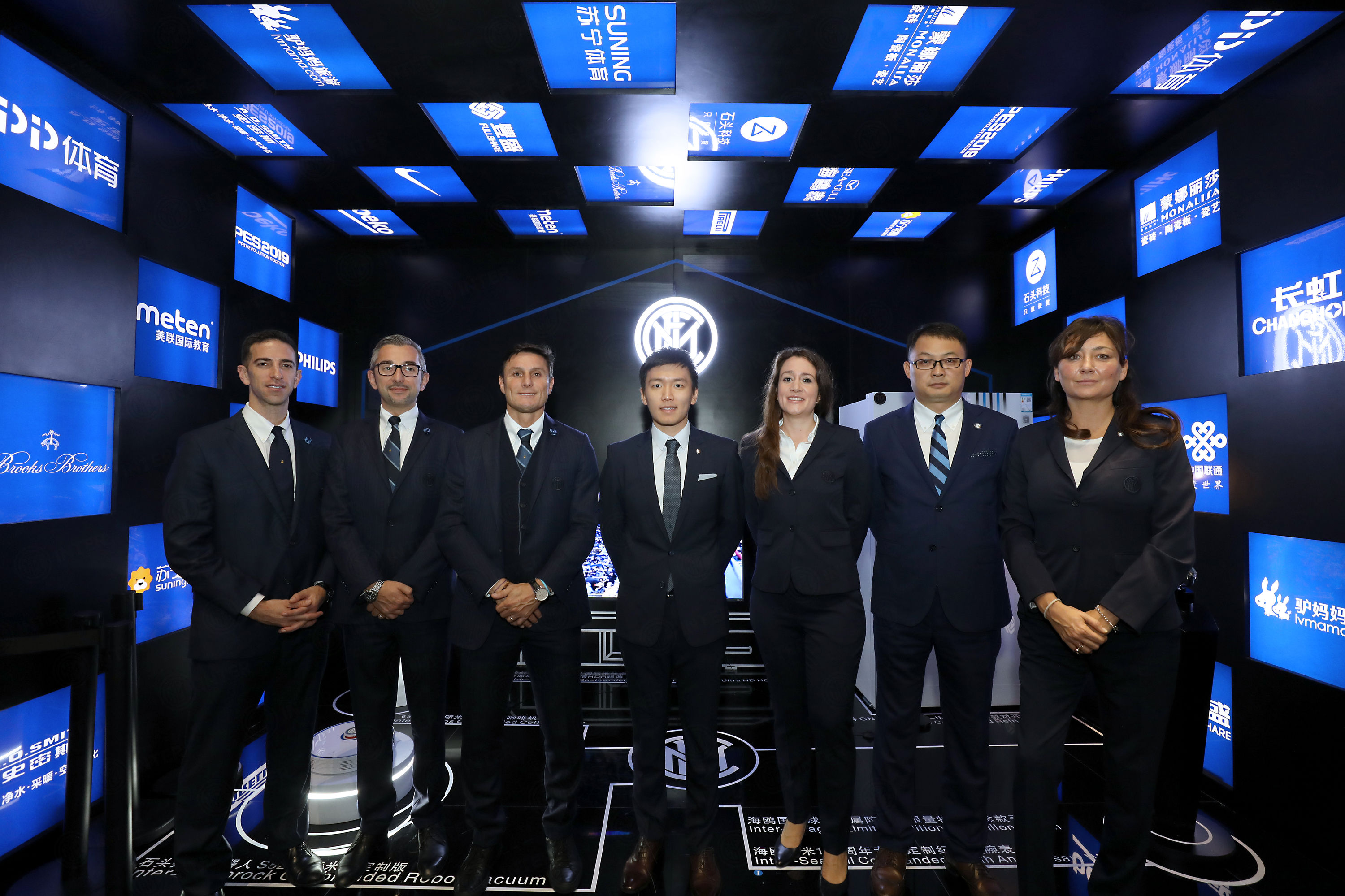 SHANGHAI - Less than 30 hours after our home draw against Barcelona, new Inter President Steven Zhang landed in Shanghai and visited the Club’s stand at the China International Import Expo. This was together with Vice President Javier Zanetti and a Nerazzurri delegation made up of CMO Luca Danovato, Marketing Director Laura Albini, Director of Global Youth Business Barbara Biggi, International Sales Director Tal Moriah and the Managing Director of the Inter China Office Andy Zhang.

This is what Steven Zhang had to say: “In the future, Inter will continue to commit themselves to global markets, in particular, we will keep working in China to import the most advanced concepts and techniques in international football. We’ll also support the development of youth football in this country, creating new opportunities for young Chinese players that go on to join some of the best European academies.

“Inter is a football club and competition obviously plays an important role,” Zhang continued. “However, Inter is not just a club, and it’s not just about football. What’s just as important is the club’s role in acting as a bridge and channel of communication between China, Italy and Europe – catering for fans and consumers all around the world. This is achieved through the culture of sport and healthy competition. Through Inter, Suning also believe in a commitment to supporting the development of football in China.”

Javier Zanetti, Inter’s Vice President, was also back in China for this important occasion and wished the CIIE all the very best: “This event also has great resonance in Italy, with Pirelli joining our club in taking part. Obviously, in the future, Inter will have an even more important role in building relations between China and Europe.”

Development in youth football, especially through the Inter Academy project, continues to be one of the club’s main points of focus in China. Here were the comments made by Barbara Biggi, Director of Global Youth Business. "The success of Inter Academy comes from providing a professional methodology based on the age groups and levels of physical development while focusing on the development of every individual player. For us, the most important thing is being able to transmit our passion and also to coach team spirit and leadership. Inter Academy is the international expression of our Elite Academy, starting from the concept of ‘People first, champions later’. Starting from 2017, six Inter Academies were established in China in Beijing, Shanghai, Shenyang, Hong Kong and in the provinces of Sichuan and Jiangsu.”

The club’s commercial development in China is also continuing at a rapid pace, with many top-level brands becoming sponsors of the Nerazzurri. Managing Director of the Inter China Office Andy Zhang spoke to the press: "Inter are one of the biggest clubs in the world with a rich history of success that stretches back over 110 years. We can also count on the support of the Suning Group. These two factors are crucial for the Club’s commercial success on the Chinese market. Furthermore, the smart retail and O2O channels on suning.com allow us to support our partners to reach their commercial objectives and develop their brands."

Next
Happy Birthday to Kharja

de Vrij: "An important comeback for the team"