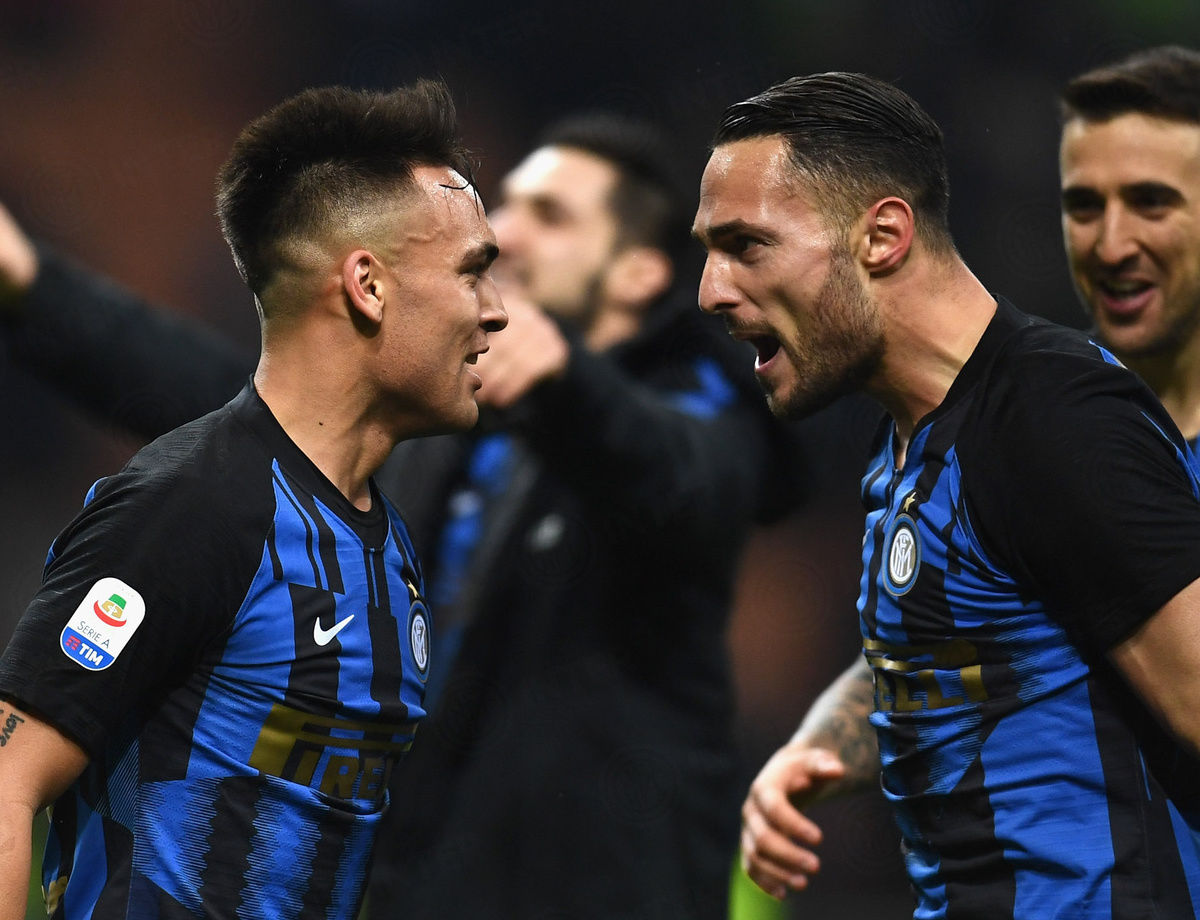 INTER STARTING TO DOMINATE THE #DERBYMILANO

MILAN - The #DerbyMilano always creates nerves and excitement and some editions are truly unforgettable. Obviously, we look back most fondly on the wins whether they are  dominant wins or we get over the line by hanging on. Let’s start from the win on Sunday night, it was deserved but went down to the wire with D’Ambrosio coming up with a heroic goal-line clearance in stoppage time.

Triumph in the #DerbyMilano is becoming a winning habit. In the league, we’re unbeaten in the last six derbies with three wins and three draws. The streak began with a 2-2 in November 2016 when Ivan Perisic equalised right at the end when even Handanovic formed part of the desperate assault on the Rossoneri’s goal. From the last 16 matches against Milan in Serie A, the Nerazzurri have won eight and drawn six.

The 2011-12 campaign was the last time that we did the derby double in the league. Milito scored the goal in a 0-1 win in the first encounter while it was more spectacular in the second fixture with the Principe netting a hat-trick before a stunning Maicon strike. With the 2-3 win in Sunday’s #DerbyMilano, the record now stands at 64 league wins for Inter, 51 for Milan and 55 draws. The city is ours!

This positive trend for the Nerazzurri continued with three goals on Sunday. The first from Vecino was scored after two minutes and 32 seconds, the fastest #DerbyMilano goal since 2011. For Matias, it was his first goal against Milan and the same went for De Vrij and Lautaro Martinez. El Toro truly lit up on his #DerbyMilano with an assist and a goal. Not everyone can do that on such a stage. The last player to score for us on his derby debut was Candreva in 2016.

Next
Best wishes to all the Nerazzurri dads